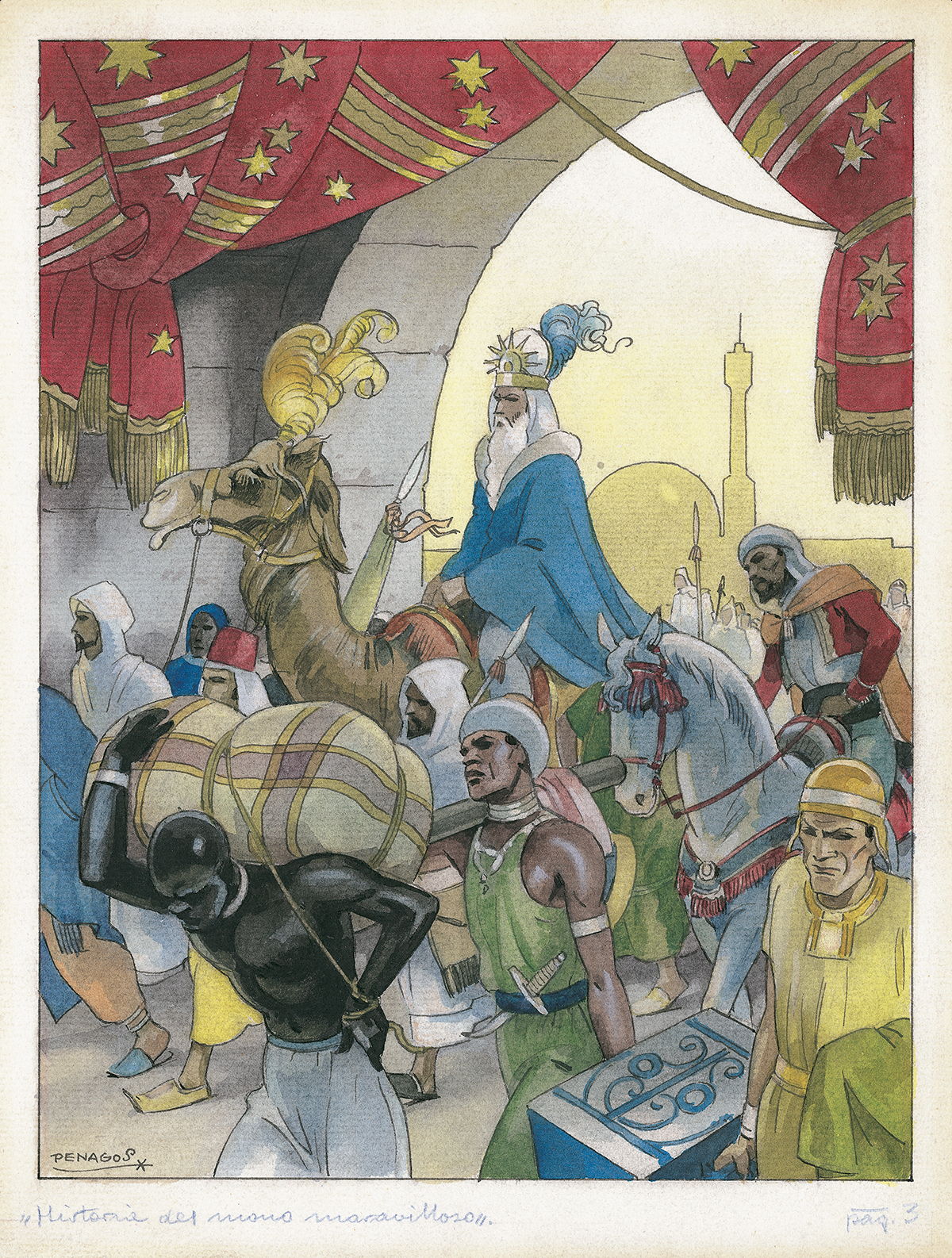 Watercolor and ink on cardboard

Penagos was the great creator of Art-Deco illustration in Spain and, in addition to his important aesthetic innovations in the field of graphic illustration, we must highlight as a fundamental contribution, the fact that he created a new type of woman -the so-called “Penagos woman”- marked by extreme modernity and sophistication in her way of dressing, and in her ways and manners of behaving.

We are in the 1920s and 1930s, Spain manifests a deep need for modernity to which, however, ordinary people do not have access. Illustrated magazines became the great means of mass communication, and through their illustrations they provided a dream of social renewal that, little by little, would gradually filter into the different strata of society. Artists were in charge of “filtering” this “dose” of modernity and popularizing and making the most innovative artistic trends understandable.

The illustrations by Rafael de Penagos show the image of the new feminine archetype that emerged in these years of the twentieth century. Makeup, fashion, new forms of leisure, sports, the beach, the new eroticism or advertising are some of the aspects that starred in these drawings. They are the women who, amidst the heroism and the carefree attitude of the time, broke with all kinds of traditions. The role of Penagos is important, who, from the modest pages of a magazine and thanks to his effort and talent, imposed a brighter, more modern and more international image of a Spain that, in many aspects, still remained anchored in nineteenth-century stereotypes.

In 1989, the Fundación Cultural MAPFRE VIDA acquired the most important existing collection of Rafael de Penagos.

It consists of 246 works, of which 186 are watercolors, gouaches, pastels, oil paintings and drawings in pencil, charcoal or Indian ink. Most of these works are originals for graphic illustrations, posters or advertisements. They are works of very different formats, with an abundance of small drawings that need to be grouped to be exhibited.

The collection is completed with two brass plates with MAPFRE advertisements, with a significant set of first editions of his drawings published in different magazines and with abundant documentation donated by the artist’s son, including his doctoral thesis on perspective.

Rafael de Penagos (1889-1954) was the creator in Spain of Art Deco illustration, the style that marks the incorporation of the languages of modernity in everyday life. The Art Deco illustrations created by Penagos represented a new urban and modern society that often did not correspond to the reality in Spain. They starred a new, active, sporty, free and unprejudiced woman – the so-called “modern Eva” – who represented a new stereotype to which Spanish women were beginning to aspire. Large-circulation magazines, such as Blanco y Negro, Nuevo Mundo or La Esfera, and important collections of pseudo-erotic novels (with print runs that sometimes reached 400,000 copies) collected and disseminated these new stereotypes in their pages.