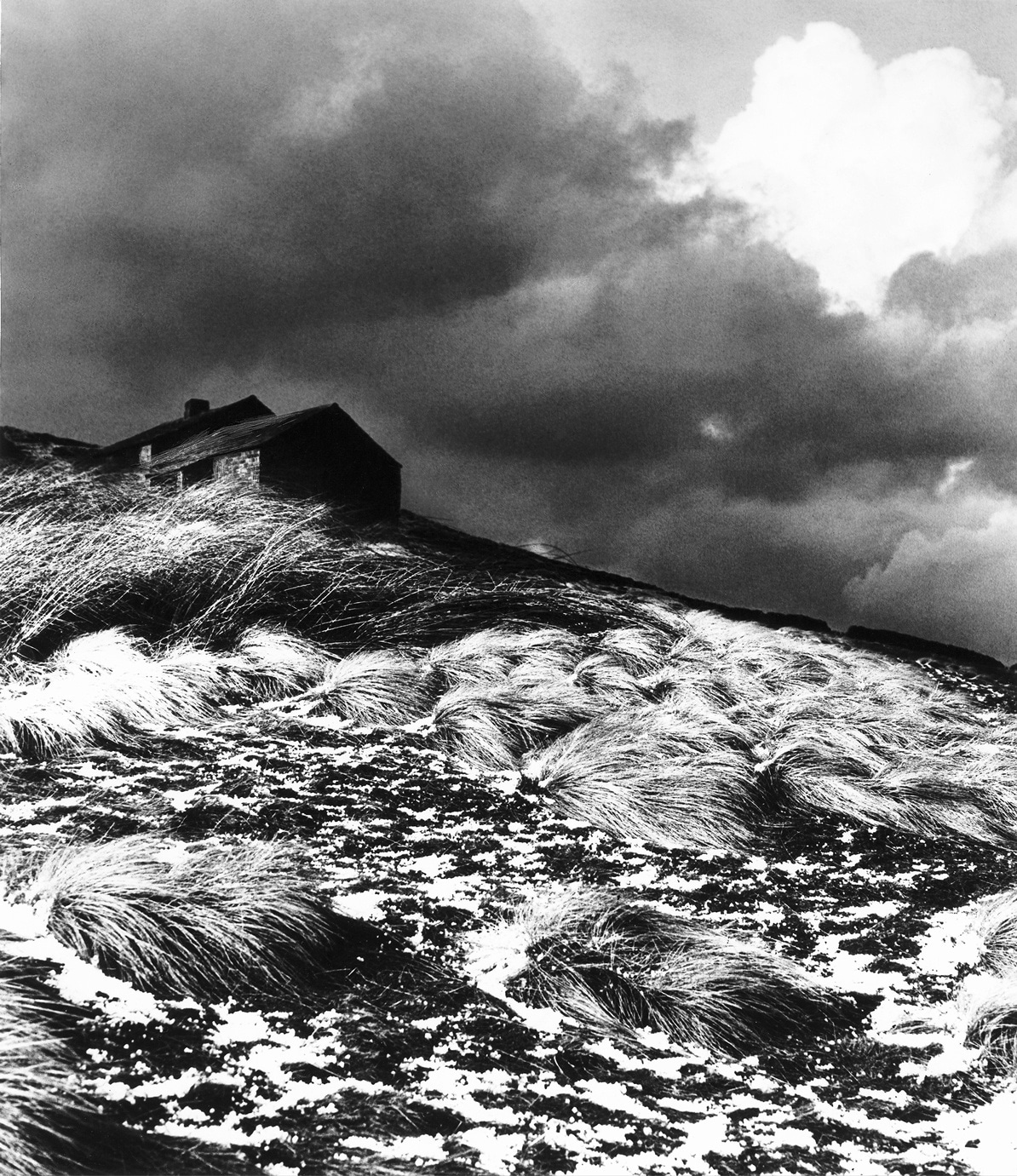 Late autumn in the Northern lands. The wind whips my cheeks and flattens the clumps of grass. Snow creaks under my feet. The rare snow, scattered here and there, on the blanket of grass that cushions the steps. Just a slight creak which, when the boot is lifted, leaves the imprint on a thin icy membrane. Big clouds are approaching. There will be a snowstorm. I can already feel – with great pleasure – the steely tips of the tiny crystals melting in my face. There is something wild in this pleasure. The animal that we were raises its snout and sniffs, examines, listens…

But suddenly I am here again, with my old age in my hands and a photo by Bill Brandt before my eyes. The girl running against the wind in the dunes is now just a combination of lingering sensations. Sound memory. Tactile memory. Traces that inhabit us until something awakens them, by analogy.

What makes a representation, be it a picture, a photograph, music or other, capable of transporting us this way to another time, capable of drawing synoptic bridges between what is perceived now and our experiences more than fifty years ago? What power is this, capable of awakening dormant sensations and making us return, together, to other times?

The power of the poetic image is its capacity to suggest, said Anandavardhana. And how can we not understand, in Brandt’s image, the characters in Wuthering Heights just as Emily Brontë imagined them? How can we not cross the bridges that go from one body to another? Black and white suggests much more than color thus leaving far more to the imagination. Without imagination, there are no connections. Without imagination, images are flat and sterile. If photograph suggest more than reality it is because it is silent and time is trapped in its stillness. Time: a space that appeals to those places of the memory where sounds, smells or the cold are stored, waiting for something to wake them up.

Chantal Maillard is a writer.