Being in the world is having already fallen 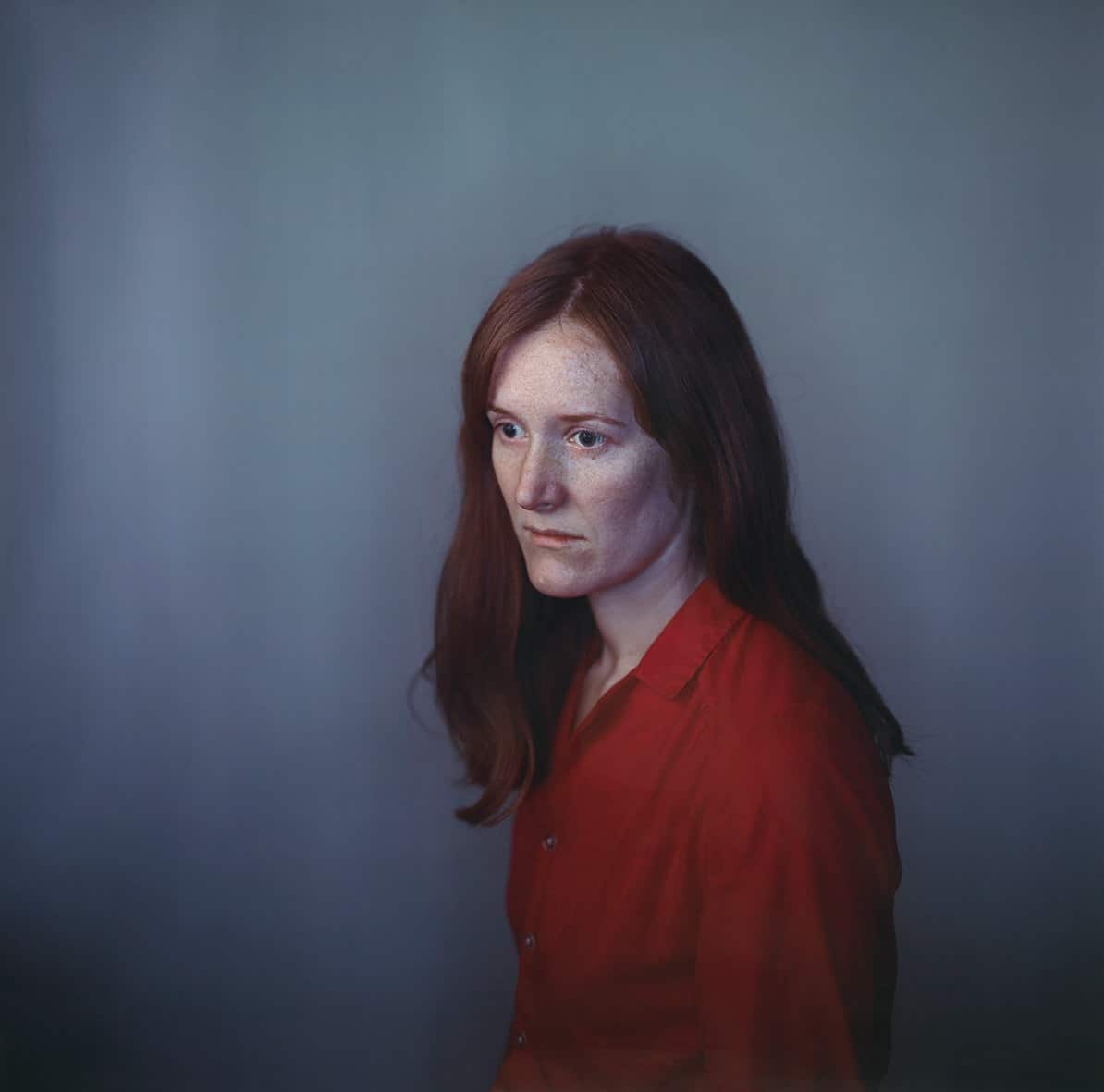 Some twenty years ago, Richard Learoyd built a camera obscura with which, in a rejection of the proliferation and subsequent trivialization of photographic images, he has been creating pictures of rare perfection; portraits, very often of women, whose subjects cleave from the shadows without ever completely reaching the light, trapped in an instant of introspection and, occasionally, perplexity.

Learoyd’s work converses with the history of painting, and in particular the work of Dominique Ingres, as the British artist has acknowledged; but his interest in the past, to which the use of a technically outmoded photographic technique bears witness, does not seem to be directed only at visual art but also, and especially, at his portraits. As in his series of photographs of wrecked cars —onto which the shadows of a silent and perhaps deadly tragedy are projected, though also those of a rare form of beauty— his portraits do not seem to be entirely of this world, but rather trapped in a painful event from the past. Yet their proud negation of the present, their deliberate resistance to admitting that they are being photographed, from which the tension of the image arises —which pulls us along with it, and seems so distant from the sometimes defiant resolution that is permitted by many of the sitters of Julia Margaret Cameron, with whom Learoyd is often associated— turning these portraits into something akin to a testament to the methods of dealing with a trauma that appears not only etched into their faces but also in the way they have been portrayed.

“Being in the world is having already fallen, given that being in the world means always having been thrown”, wrote Martin Heidegger, and his statement is particularly opportune in relation to the history of women. But the women portrayed by Richard Learoyd seem as vulnerable as they are resolute, as fragile as they are strong, as trapped by the shadows of the past as they are eager to leave them behind. We come from the shadows but perhaps we are heading towards the light, and our biography is the narrative of a laborious ascent. And perhaps it is true what someone once said: that those who sow in tears shall reap in joy.

Patricio Pron is a novelist, and won the Alfaguara Fiction Award in 2019 for his book Tomorrow We Will Have Other Names.