Details that can (not) be hired 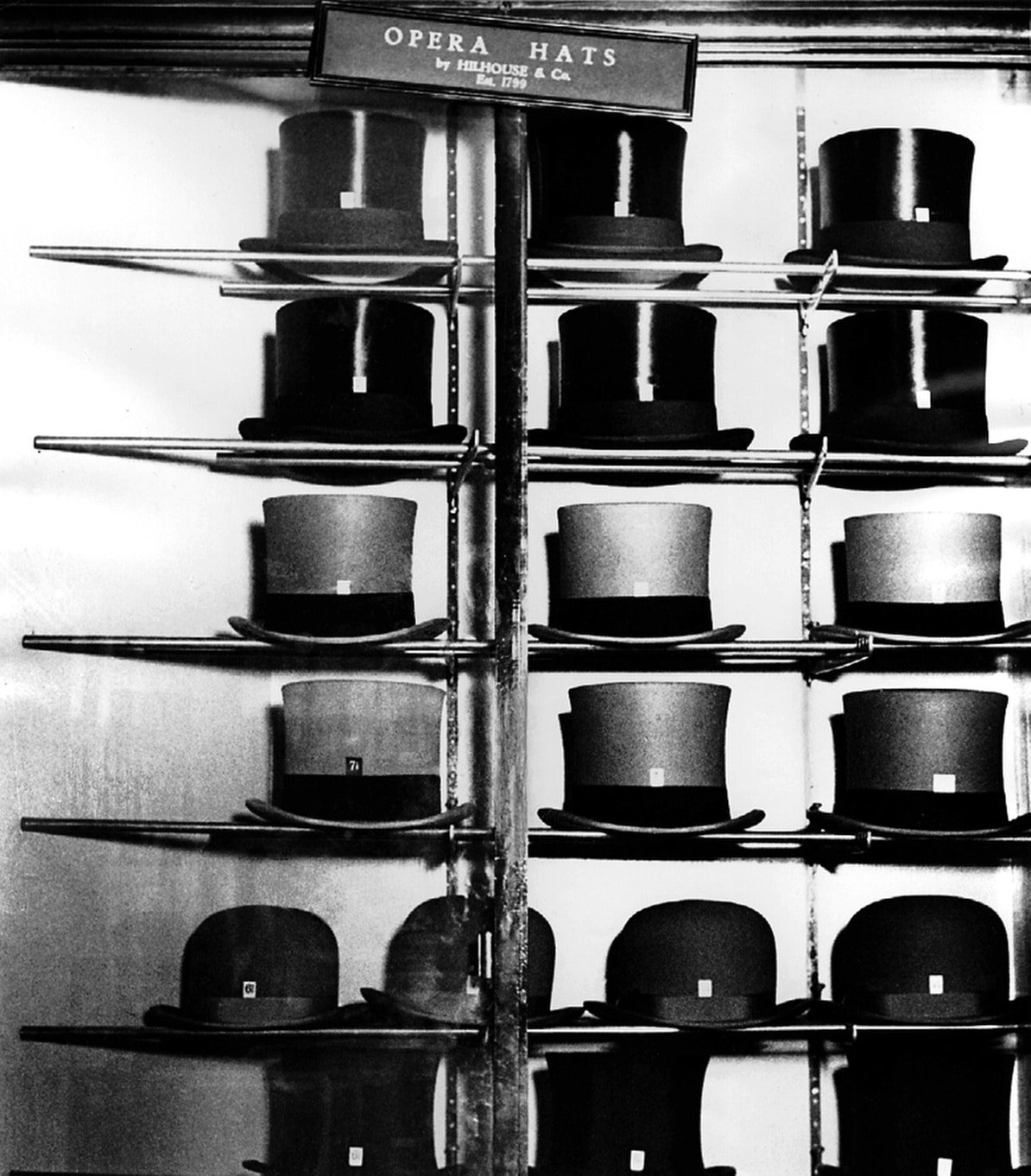 A hat can make a man or, perhaps, it reveals “dreams that money can buy“, even if denied by the avant-garde.  The ghostly aristocracy is, unfortunately, for rent. Even in the tempo of exclusive music they have the bad taste of “offering” such a noble distinction. Almost worse than the dress code, a bourgeois imposture, the pathetic process of “social climbing”. Fortunately, Bill Brandt’s photography unconsciously offers poetic justice. In that display cabinet (gelid Gestell for falling into para-Heideggerian pedantry) the inadequacy of this “camouflage” is reflected as if the rules of distinction could be taken as a nothing.

One does not need to be a serious Barthes observer to see that there is one hat too many, especially if we have a minimum respect for “Pythagorean” harmonies. A bowler hat disrupts the symmetry and even seems to “intrude”, perhaps a representation of acommoner who is also out of place. Bright flashes (with some unwelcome “inverted commas”) position the bowler hat as if it were an abnormal object, while on an upper shelf a top hat has been “punctuated” with extraordinary precision on the visor. The hierarchy requires these enlightenments, however profane they may be. The vertical brightness of the black top hats is one of those “divine details” that reminds us that “there have always been classes”.

A dandy would certainly feel aesthetic repugnance towards this exhibition; the idle flâneur, expert in passages and shop windows, knows full well that this empire is as obsolete as the merchandise. You don’t have to be nostalgic to accept that elegance cannot be rented. It´s enough to have what it takes: nobility. Those hats can be placed on indifferent big-heads, walk-on actors that, at the end of the day, will behave mindlessly. In the absence of acceptance, I have the feeling that this photograph returns to the aura, to the gaze to leave a strange aftertaste.

Everything, in this crazy time, ends up being anachronistic. Especially in the punctual detail which, in my obsessive imagination, is the sign of the company HILHOUSE & Co. It is essential that this establishment has been in operation since 1799 (just one year away from the 18 hundreds) as in this way the bourgeois bald man can cover his “miseries” with History. However, this entire  masquerade is completely “out of balance”; the operatic hats are at a significant inclination or, going straight to the point, in a downright decadence. Fortunately that psychasthenia that I see reflected in this photograph only “operates” as a spectral past. The bad thing is that it returns like everything that has been repressed.