A glance that interrogates without asking 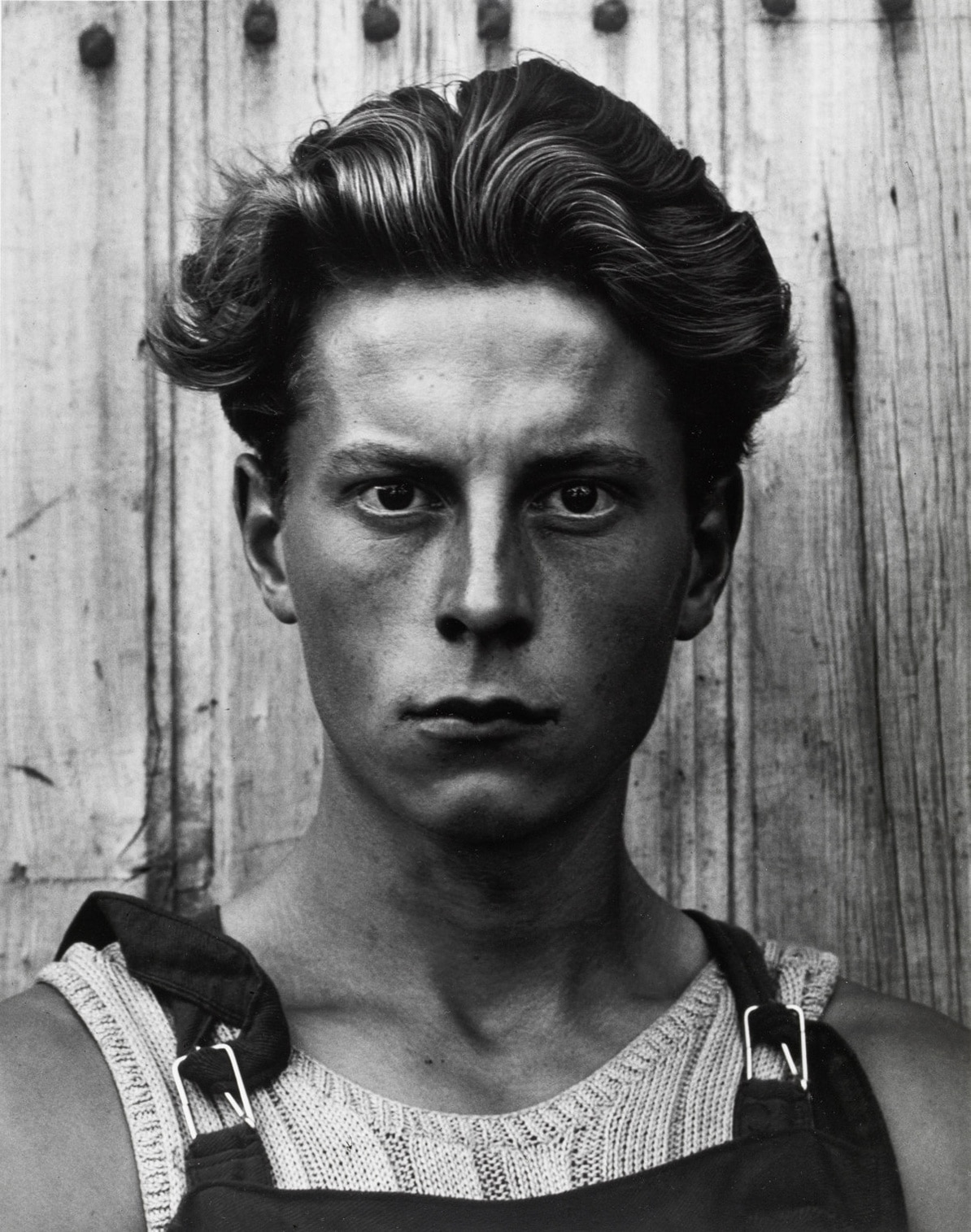 Who is this young man? To what or to whom is his glance directed, intense, penetrating and so stubbornly fixed that one would say a step away strabismus? Why is it so hard for us to turn away from the eyes of that boy with bronze skin, from that head chiselled by lights and shadows that give it the three-dimensional quality of a sculpture?

This portrait, which is extemporaneous in an era that pays hysterical homage to the equivocal immediacy of Instagram, requires, above all, time, profound analysis of the subject, history: the opposite of the ephemeral and tiresome “documentalism” so present today in social networks. In it nothing is casual, nothing is improvised: the washed-out pearl cotton T-shirt, the poorly fastened proletarian denim overall, the tawny hair whose waves contrast with the abstract verticality of the wood grains and the rusty pins of the fence used as a background for study, are the result of both the deep understanding of the subject and the wisdom of patience.

Paul Strand has managed to summarize in the photograph of this young man with a hypnotic gaze -probably a workman from the Gondeville wine region-, all the phases of his long professional career. On this plaque it is not difficult to find traces of the sociological Pictorialism learned from Edward Weston, so concerned with photographing immigrants; of the abstract geometrism of his Wall Street (1915); of the committed realism of his period as a Communist enthusiast, when he met Eisenstein in the USSR and was attracted by socialist culture; from the neo-realist humanism, whose cinematography so influenced him in his post-war European period (Rosellini, Zavattini, De Sica), after leaving his country to escape the MyCarthist Inquisition, and to which this Yound Manfrom 1951 for example, and the group portrait of The Family (The Lusetis) from 1953, belong.

It is an excellent exercise, to know how to look, to analyze the elements of the portrait that combine to reveal the humanity of the subject, understood here within the framework of a concept of photography as a tool for social reform. The illumination from above of the powerful forehead and the Roman nose, the subtle dirt on the skin, the determined air of the chin, little prone to hesitation. But, the element that remains most in the spectator’s memory is the excessively intense gaze that interrogates without asking, that questions and silences, that in turn portrays us and puts us in our place.

Manuel Rodríguez Rivero is a writer and a journalist.