Intimacy is an art 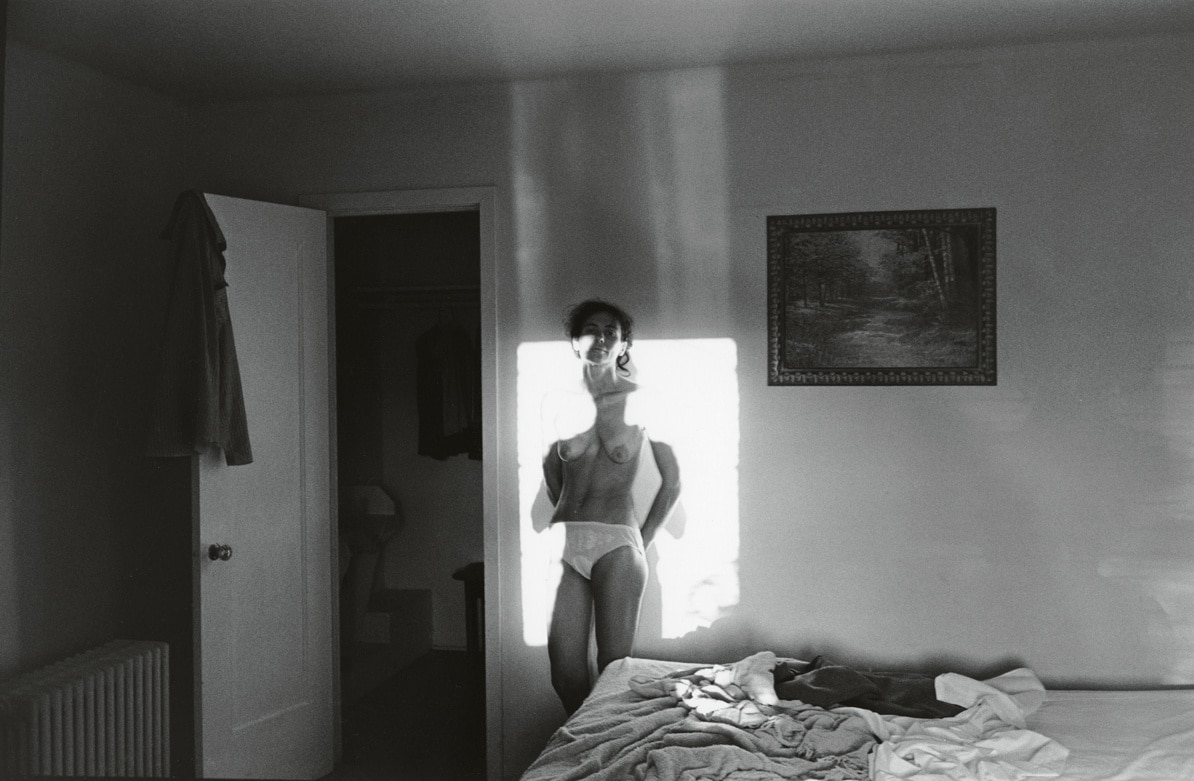 Home > Art and Culture > Culture in motion > Intimacy is an art

“There is something very exciting in everyday life,” said the filmmaker Robert Benton in an interview about the screenwriting profession, and I remember that phrase when I see this image that represents a kind of placid happiness: this can be seen mostly in the disorder, the unmade bed, the shirt hanging on the door. She looks with her head slightly tilted, the posture has something ironic and affectionate at the same time, an idle intimacy. She is used to having pictures taken of her. This is not the chaos of a party or a hang-over, it´s the subtle imbalances of life.

Friedlander took pictures of his wife and family for more than sixty years. Those photographs, as pointed out by Chris Wiley in the New Yorker, caught one’s attention for “their atmosphere of informal inevitability”. The passing of time – there is some of him in this photo, with the difference in light which also means other things – was reflected in that series, where Maria appeared as a young woman, in her middle age, the children and grandchildren. It was the main paradox of the photograph, according to Wiley: time can be frozen but not stopped.

It is intimate and conscious at the same time, full of compliments: he is a poetic photographer and the images are full of humor and rhymes. It is a three-part work; things are duplicated, as in many of his photographs, as in dreams and jokes. It is a portrait of him and her, a shadow over a body: in a way an embrace. There are two paths on both of her sides: one is vertical, the other is between trees. They cannot know, but it impossible not to think of the time ahead. The classic problem of comedy is a marriage: in other words, the problem of identity, as the philosopher Stanley Cavell wrote. Innocence is not obtained once and for all, he said; one must always return to it.

Part of the excitement of daily life it for someone to stop to take a look: at the device that detects and records unexpected wealth. That’s why it’s best to leave that door open, as recommended by Renoir on his film shoots: one never knows who is going to appear.

Daniel Gascón is a writer and an editor of Letras Libres.