The end of the world is blue 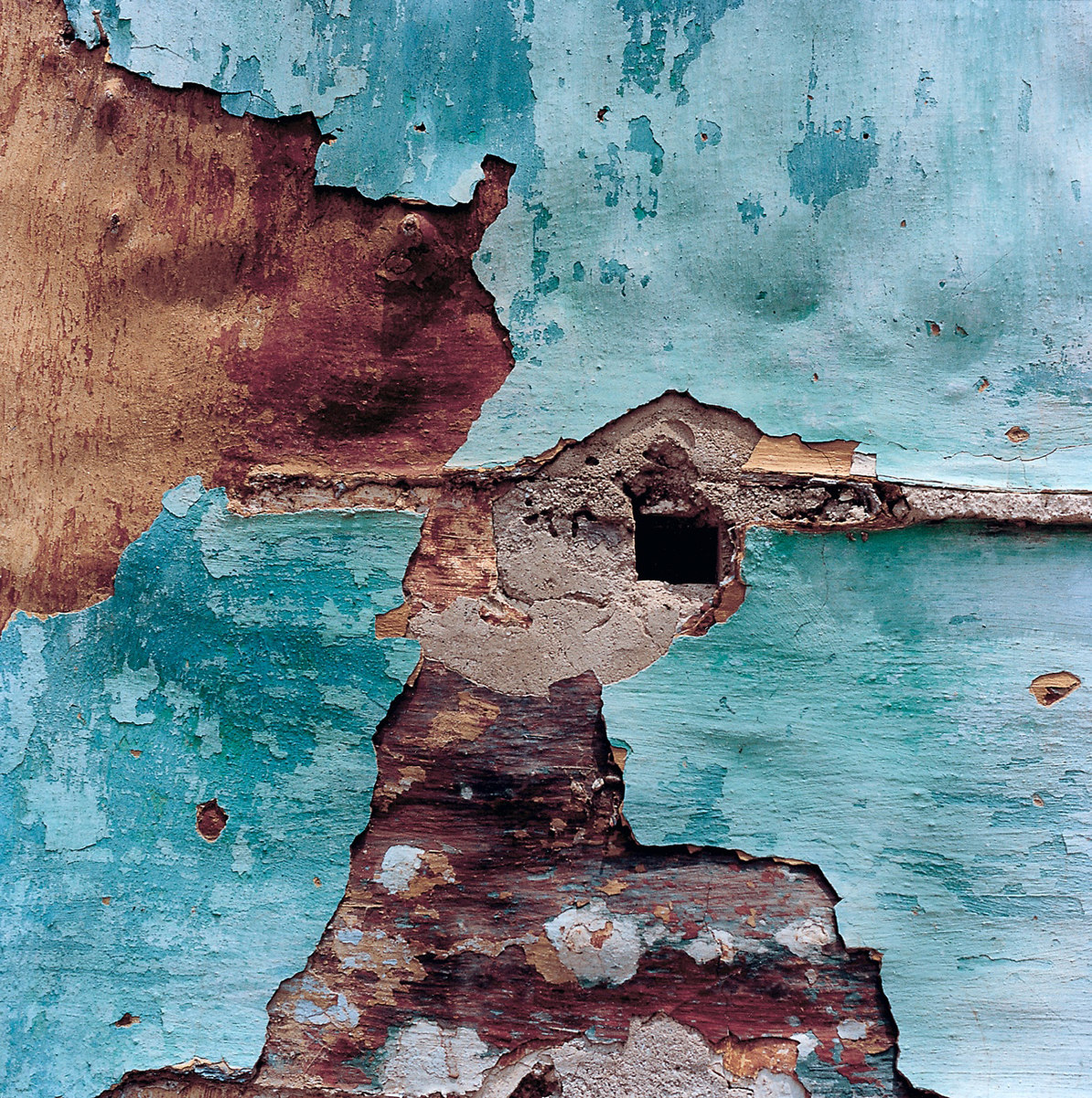 Now that the world is about to end – at least according to modern philosophers, with the media overflowing with stories about the virus, about protests, about plastics and about senseless politicians who prefer hate to reconciliation – I cannot shake from my mind the flaking blue walls of Carlos Pérez Siquier. Because if the world is coming to an end, what else will remain of us beyond a fading, discolored wall?

This specific image (untitled, 1965) forms part of a collection of photographs of walls marked by the passage of time and life which the Almeria-born photographer has compiled for decades as if they were chunks of leather. Cracks that are worthy of all this color — with good reason Pérez Siquier always remembers how Martin Parr exhibited in New York as one of the pioneers of color photography in Europe — because they are the symbol of the Mediterranean towns and cities he visited from the center to the outskirts: humble neighborhoods, humble houses; humility in the fractured color, modesty in the blue oxide tone, like an inevitable invitation to the end of the world.

What I want to say is that if today we ask ourselves what will remain of us when we are no longer here, this image might lead us to imagine a broken shantytown. Because the end of the world is a blue façade: while what was once inhabited inside is unimaginable, only the peeling color of its exterior is palpable, blue like the rising seas, blue like the burning sky, blue like the bodies of fleshy-bluish-skin-that-no-longer-breathes.

In her acclaimed literary essay Bluets, the poet and philosopher Maggie Nelson recreates a story both familiar and alien — a cultural tale, yes, but also the narrative of an emotion – as refracted through the color blue. In Nelson’s view, blue is the color of literature, of art, of death, and even of love. It is thus a pigment that signifies everything: from birth – the bluish umbilical cord – to disappearance – the dead walls of Carlos Pérez Siquier – passing through everything that humans experience in between these two states of life and death: art. Maggie Nelson creates a family tree of poets who wrote in blue; in addition, she says she wrote her essay in a notebook with blue ink. And then I imagine how Nelson would have resonated on seeing that wall and its bluets — if a word doesn’t exist, then invent one — in the outskirts of Almeria. Because in the work of Carlos Pérez Siquier, the outskirts are the center, and just like Nelson’s poetry, color is something more than just a tone: perhaps a form of existence, a heart: “suppose I were to begin by saying that I had fallen in love with a color”.

So, what will be left of us when we are no longer here? What will beat when the heart comes to a full stop? Will anyone touch these walls with their hands to ascertain the origin of their cracks? Whoever looks first, looks best.

Luna Miguel is a writer. She currently works as an editor in Barcelona.