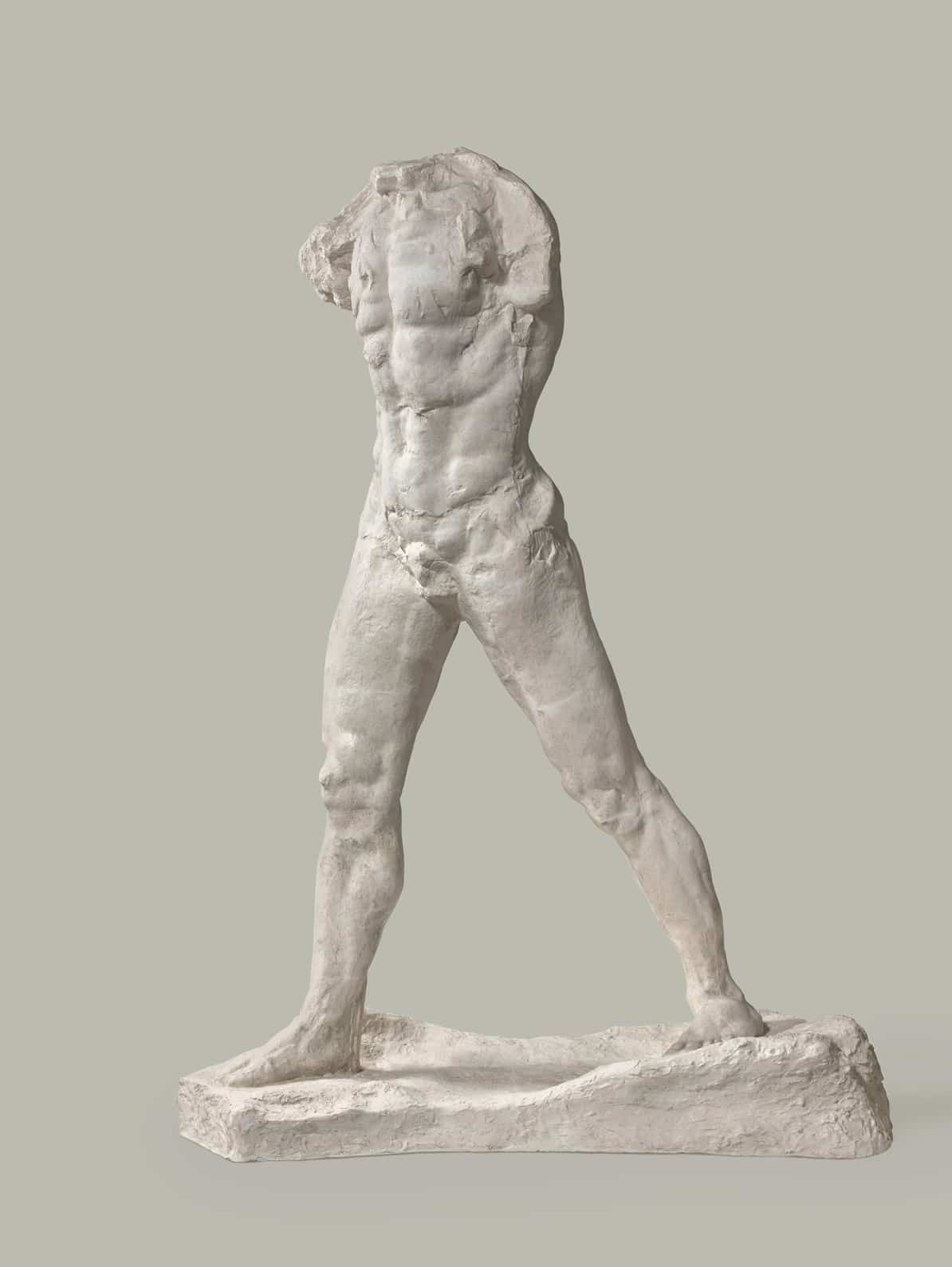 Home > Art and Culture > Culture in motion > We Are Body

I was delighted to accept this offer to write about a piece of sculpture. It involves starting from something material to create a text, the opposite to what I am used to doing, which is writing words to be made eventually into a film or series.

I have chosen the figures that bring this exhibition to its conclusion: the two walking men, one by Rodin and the other by Giacometti. Rodin’s sculpture is a trunk with powerful legs: firm thighs, sculpted calves, a runner’s feet. The head and arms are missing. It brings to mind a Greek warrior or athlete after combat, mutilated but miraculously alive. Solid. Unchangeable. Eternal. In contrast, Giacometti’s sculpture is astonishingly fragile. A painfully thin man, ethereal, whose body seems barely capable of holding him upright. It makes me think of Kafka (A Hunger Artist) but its source is the Star Gazers, those figures of walkers from the Dogon tribe who gaze at the sky. But not Giacometti’s man. He looks forward, towards a future that he has to build. If he is capable.

I first discovered Rodin at the age of fifteen on my first trip to Paris. At that time I wanted to be a dancer, something to which I devoted a lot of time with very poor results. But at least it gave me an awareness of the body and its movement, which helped me to enormously enjoy my visit to the Rodin Museum. I had with me the short essay that Rilke wrote about the sculptor, in which he relates how the artist, in his workshops, used to make the students stand still in front of huge stone blocks until they could visualize the shape they contained. He “taught them how to see”. But for me the most fascinating thing comes later, when the students, armed with chisels or huge hammers, sweaty and exhausted, gouge the sculpture from the rock.

This creative task, which involves the creator’s body, is the opposite of the task of writers, cloistered in the world of the written word. Seated, rigid, oblivious of our bodies. And it is because of this need to remind ourselves that this is what makes us profoundly human (even though our civilization tends to deny it until disasters like this pandemic rub it in our faces) that I have chosen these sculptures.

Humanity, whether imagined as sturdy and eternal, or portraying all its fragility, neuroses and ultimate mortality, is always the image of a body. A body that walks. Or at least tries to.

Inés París Bouza is a screenwriter and film director.