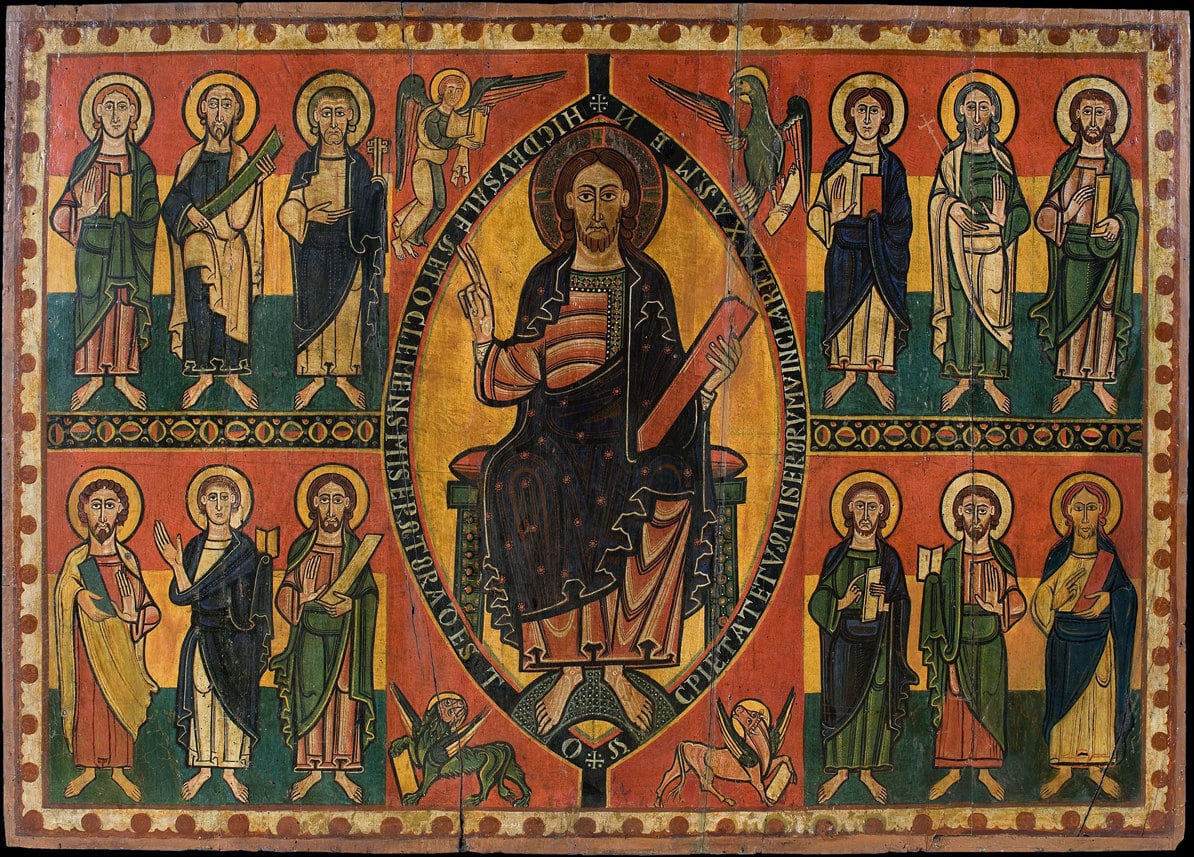 This exhibition presented Romanesque masterpieces from MNAC, a museum that probably holds the most important collection of Romanesque art in Europe. It was an exceptional occasion to admire these works of art in their first and, so far, only visit to the Spanish capital.

With 59 works representing all the main techniques and themes, the masterpieces from MNAC’s Romanesque galleries were exhibited at Fundación MAPFRE. Coinciding with the former’s remodeling, the exhibition was the result of a collaboration agreement between both institutions, this show being the first in what is intended to be just the beginning.

The selection wanted to offer the general public with a complete overview of Romanesque art, and great technological effort was exerted to create an intensely evocative space. This was made especially clear in the real-size reproductions of the paintings from an apse chapel in Sant Quirze de Pedret, created exclusively for this exhibition, and the inclusion of a 3D virtual reproduction of the facade of Ripoll, made in 2008.

The period between the 11th and 12th century was a time of great economic and commercial development in which communication and exchange of ideas between cultures were encouraged. Romanesque is the artistic manifestation of this period, as well as an artistic approach where symbolism is dominant. The Church created a large network of pilgrimage centers from Compostela to Jerusalem, both of which became rich centers of communication and exchange. The notion of an authoritarian but protective God is the primary vehicle of a style of art at the service of the message. This message had to be represented in a simple pictorial way, due to the illiteracy of society at the time. “The symbol is a combination of visible forms destined to show invisible ones” (Hugo de San Víctor, ca. 1090-1141). This premise is at the heart of the “why” of this enigmatic, sparse and powerful art.

These works have remained relevant over time because of their ability to influence the way artists see, serving as a source of inspiration for avant-garde movements. While in Paris members of the “avant-garde” searched for Primitivism works, some of the most important Spanish artists of the 20th century such as Pablo Picasso, Joan Miró, and, later, Antoni Tàpies were captivated by the evocative capacity of Romanesque art.