Hell According to Rodin 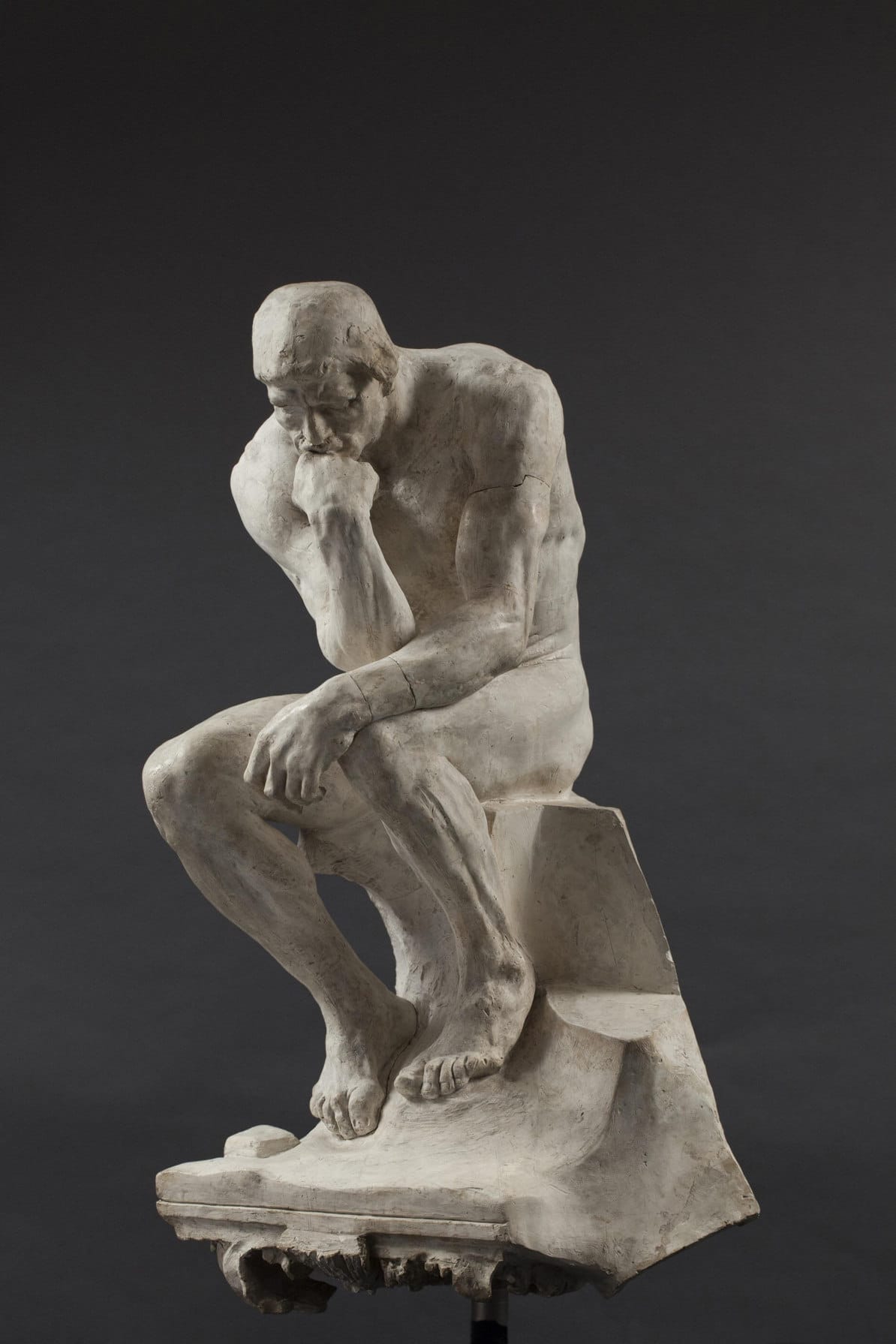 Between 11 October 2017 and 28 January 2018, our proposal for Barcelona is an exploration of one of the icons of art from the ‘fin de siècle’ period, The Gates of Hell by Auguste Rodin. This exhibition brings together a hundred sculptures and around thirty drawings, that have only been shown on rare occasions, plus various mock-ups and models that give an insight into the creative process of the sculptor and the evolution that the Gates were subjected to over the years. Considered the central work of the French sculptor’s career, who spent more than twenty years working on it, this monumental piece offers a spectacular view of hell, frenzied and tempestuous, yet also sensual and evocative.

The exhibition Hell according to Rodin is produced by Fundación MAPFRE and the Musée Rodin of Paris which has made exceptional loans.

In 1880, Auguste Rodin, still virtually unknown as an artist, was given the commission that would change his life: a monumental portal decorated with bas-reliefs to represent Dante’s Divine Comedy. The work was to serve as the entrance to a museum of decorative art that the French State wished to open. Although it was a relatively modest assignment, Rodin put all his energy and creative heart and soul into it. Over the following years he worked on both the architectural aspect of the portal and also on the hundreds of figures and groups that populate it, creating new ways of expressing human passion in great detail.

Rodin was initially inspired by Dante’s Inferno, but in a very personal way, without wishing to offer a literal illustration of the text. As he progressed with the concept of the portal, he began to imbue it with the sensual and tormented spirit of the collection of poems by Charles Baudelaire, The Flowers of Evil. Thus, hell as a place of punishment based on Dante’s moral vision became transformed into a state of the soul, an inner personal torment. These painful sentiments are nuanced with more ambiguous expressions and sensuality and seduction erupt in the depths of hell. The result was the creation of a deeply original and radically modern version of Hades.

The exhibition Hell according to Rodin, organized to coincide with the centenary of the death of the artist, looks back over the history of this iconic work that the artist never considered to be finished, and which was exhibited only once. The sculptures, models and drawings provide an insight into Rodin’s creative process, as well as his career as a whole, in that the Gates reflect a condensed version of his stylistic explorations out of which came some of his best known works such as The Thinker, The Kiss and Ugolino, considered to be genuine landmarks in the History of Art.

The Thinker: Originally crowning The Gates of Hell, The Thinker probably represented Minos, a judge who sentenced the damned to one of the circles of hell according to their sins. But Rodin did not hesitate in changing this interpretation, converting him into an image of Dante the poet, mulling over his work and, by extension, turning him into an allegorical self-portrait. Enlarged in 1903, it became the sculptor’s most iconic work, completing his metamorphosis as the representation of a man who concentrates his whole body into the act of thinking.

The Kiss: In one of the most famous passages of the Divine Comedy, Dante is moved when listening to Francesca da Rimini tell the story about her forbidden love for Paolo Malatesta. Rodin rejects the picturesque, and creates an idealized image of a couple exchanging their first lovers’ kiss. Rodin decided not to include this group in his Gates of Hell, almost certainly because it was too big and too idyllic, but it didn’t escape the attention of French State, which commissioned a large marble version of the work in 1888.

A hinge between two centuries: Although Rodin’s Gates depicts hell as an intimate torment that can be classed as being part of the end-of-the-century ambience of symbolism, his work also marked the start of modernity in sculpture, employing concepts such as the value of the unfinished, multiplication and fragmentation. For Rodin The Gates of Hell was an authentic creative laboratory, thus making it one of the most iconic sculptural works of the 19th century.