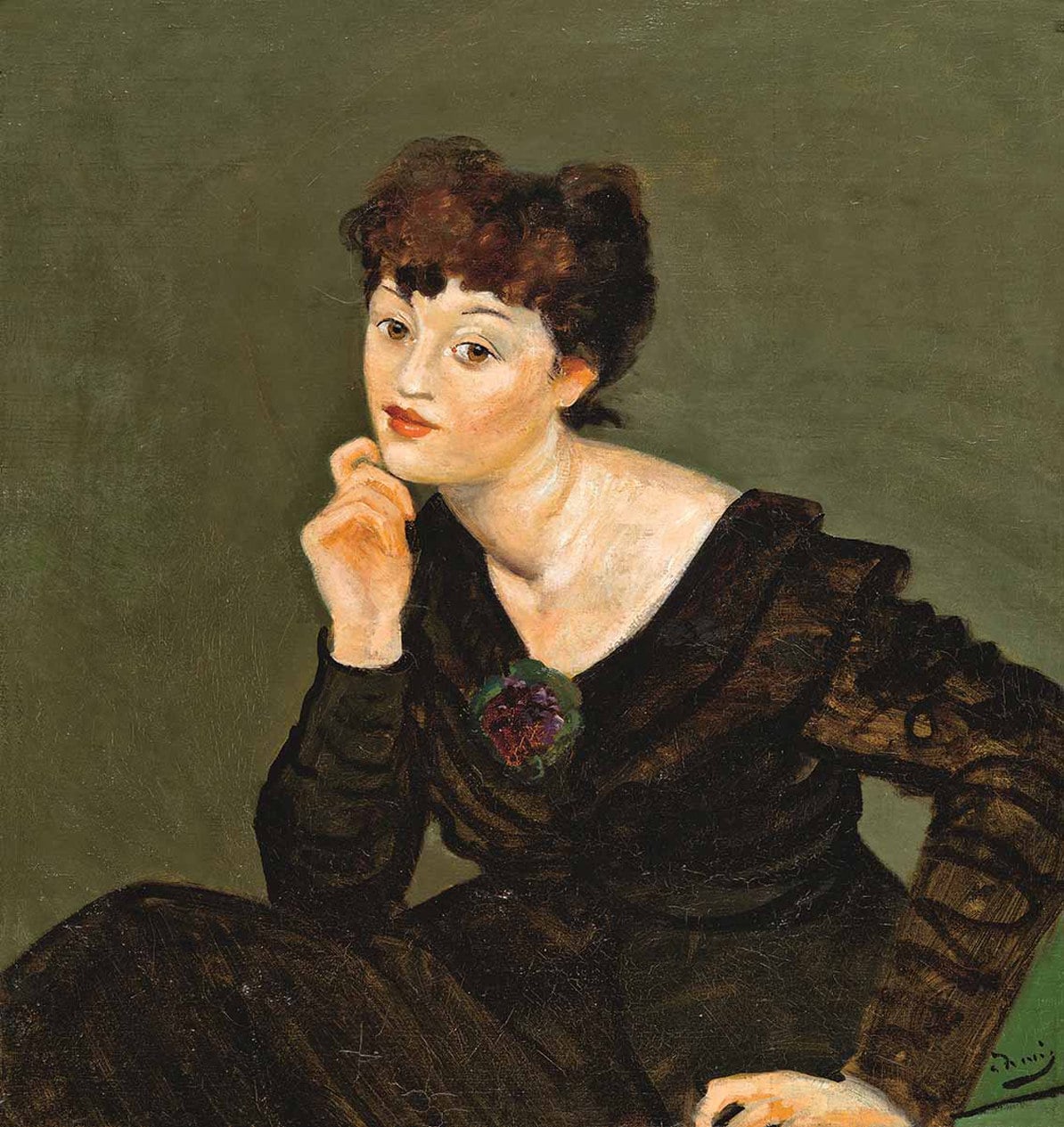 From 1st February at the Fundación MAPFRE Recoletos Hall in Madrid we are presenting an exhibition that explores the friendship between three of the great artists of the 20th century: André Derain (1880-1954), Balthus (Balthasar Klossowski) (1908-2001) and Alberto Giacometti (1901-1966). The visions of these three artists, never before contrasted, coincide in what must be demanded of a work of art. Far beyond the mutual admiration and sincere affection that bonded them throughout their lives, their profound agreement on aesthetic questions is the common thread running through this exhibition.

With hindsight we can see that Derain, Balthus and Giacometti followed similar guidelines in their work, particularly in terms of their common outlook on the past of art.

The three share a powerful yearning for modernity, yet are passionately interested in painting’s history and the art of distant civilizations. They are fascinated by “the dark forces of matter” (Derain) and, in general, pay close attention to the “wonderful, unknown” reality before their eyes (Giacometti).

In 1920, when he returned from the front, Derain was an extremely successful artist. After being one of the most important among the Fauvists, that movement which had created art based on pure, bright colours at the turn of the century, his look turned to tradition and the secrets of painting, focussing his attention on the realist style which is known as the “Byzantine Style”.

In the early 1930’s Alberto Giacometti and Balthus, two artists from a younger generation, were fascinated by this “different” Derain, radically new but respecting art from the past. A good friendship grew between the three during their visits to studios and conversations, which was consolidated at successive meetings and projects. Through Derain’s painting and sculpture arose a true friendship between the three, based on reciprocal admiration which Balthus and Giacometti talked about throughout their lives, since Derain was the first to die, and the oldest and reference point in this relationship.

Meeting: the three artists met in the early nineteen-thirties thanks to their relations with the Surrealist Circle, more specifically at the first exhibition by Balthus in the Pierre Loeb Gallery in 1934. Their friendship became closer after 1935 and the common items in their work became more intense.

Looking to the past: is a common theme to the artists, at some point during their careers, seeking references for their work from the past. For Derain, the renewal of his art was based on authentic plastic humanism. Giacometti, with his copies of the Italian masters, Egyptian or African statues., tried to fully express the way he saw things and bring out the work that impressed him. For Balthus «true modernity was a reinvention of the past».

A different modernity: the work by Derain, Balthus and Giacometti takes us closer to that “other history of art” that does not follow a straight line from impressionism to post-impressionism to the avant-garde, but is more inserted in a figuration that we could classify as modern laying claim to the past of painting in an artistic environment while at the same time consecrating the abstract and surrealist movements, rebuilding their national history; thus sharing a common type of family tree and different modernity linking them more to other artists such as Edvard Munch, Pierre Bonnard, Edward Hopper and Lucian Freud.