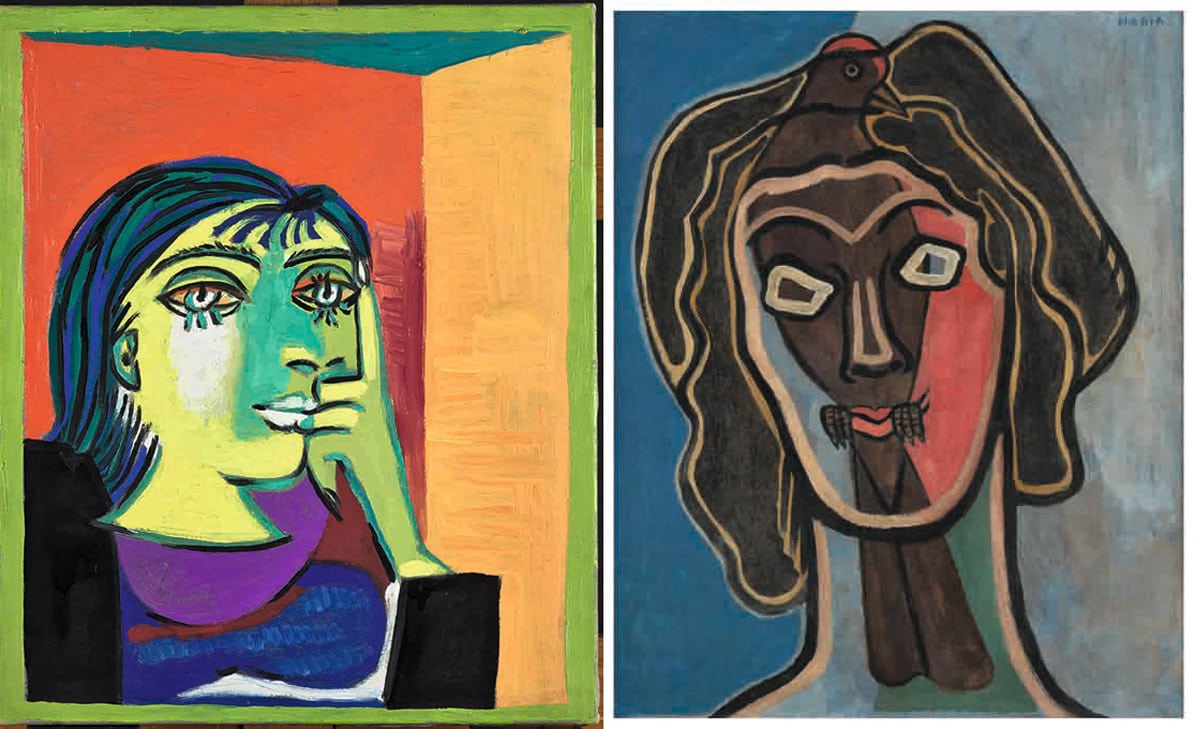 From 11 October 2018 you will be able to enjoy Picasso-Picabia. Painting in Question, an exhibit dedicated to these two artists who are fundamental to the history of art, yet have never before been associated in this manner. The exhibition runs until 13 January 2019 in the Fundación MAPFRE Barcelona exhibition hall (Casa Garriga Nogués).

This exhibition has been organized by Fundación MAPFRE and the Musée Granet, Aix-en-Provence, with the exceptional support of the Musée national Picasso-Paris.

This exhibition is designed to offer a journey through the history of art from the emergence of Cubism around 1910, moving on to Dadaism in 1915 – of which Picabia is undoubtedly one of the prime exponents – and looking at the 1925-1928 period, when both artists shared a taste for what we might call monstrous classicism. The exhibition ends with a selection of their final paintings: whereas until his death in 1973, Picasso relentlessly returned to the human figure, Picabia, whose career finishes in 1953, reduced the act of painting to subtle monochrome works peppered with dots.

Comprising over 150 pieces (paintings and graphic arts) and archival documents (journals, letters and photographs) the dialog established here between the works by Picasso and Picabia will reveal the real or imagined links between them. These two artists of Spanish origin were often mixed up in their early days due to the similarity of their surnames – which caused confusion in the press when they were still not well known. But, first and foremost, they shared the desire to challenge the pictorial conventions laid down by the history of art, with both of them equally determined that the “assassination of painting” was the path they should take to rejuvenate it.

Parallel paths: although they exhibited at the same gallery in 1904, they moved in very different circles and their paths barely crossed during the Cubist period of radical innovations between 1907 and 1914.
From 1924, for a decade, the works of both artists display the same concern for the circulation and the interchangeability of plastic forms, completely separate from a burgeoning surrealism (which both artists moved away from).

Portraits: en 1915 Picasso again took up the portrait genre and painted many of his friends such as André Bretón, Erick Satie and Max Jacob. In this same year Picabia adhered to the new symbolist and mechanical creed based on the similarities between man and the machine, as can be seen in the mechanical portraits of Guillaume Apollinaire and the cubism critic Louis Vauxcelles, in which any attempt at creating a likeness is suppressed.

Subversive nature: In February 1916, during the First World War, several artists formed a new movement in Zurich under the name Dada. This movement, which arrived in Paris in the first few days of 1920, makes the most of Picabia’s immense power to provoke.
In 1920 Picasso, who looks at the movement with distrust, alternates between a synthetic cubism and classic sculpture but without ever losing sight of the transgression of his own ways of expressing himself, which can be seen in two works during the 1920s, one by Picabia and another by Picasso, which have the same subversive nature.

The Spanish part: After 1904, when Picasso settled down definitively in Paris, Spain reappeared frequently in his work. In 1905 he painted the portrait of Mrs Canals, the beautiful Italian Benedetta Bianco wearing a mantilla, and in 1917 the artist painted the Franco-Moroccan dancer Fatma.
When Picabia exhibited portraits of “Spanish Women” in the Parisian gallery La Cible in 1920, he returned to a theme he had addressed since the turn of the century. In the artist’s work, references to Spain were a constant presence.