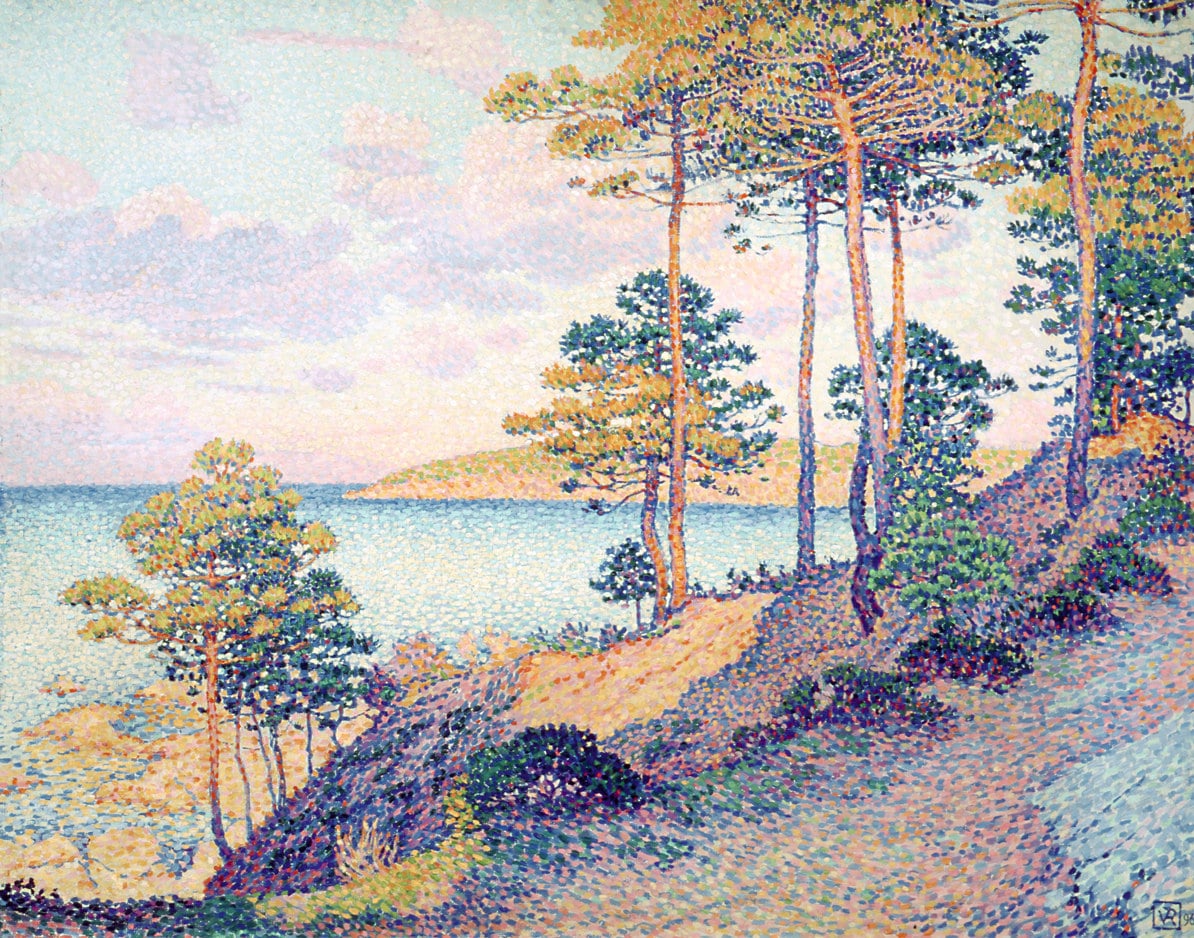 The idea behind this exhibition is to use the Mediterranean as a theme, but also as a reference to the past, featuring works by Claude Monet, Vincent Van Gogh, Paul Cézanne, Pablo Picasso, Auguste Renoir, Pierre Bonnard, Joaquín Sorolla, Joaquim Sunyer, Julio González and Giorgio de Chirico among others, open for the public to enjoy from 10 October 2018 to 13 January 2019 in the Fundación MAPFRE Recoletos Exhbition Hall in Madrid.

The exhibition, produced by Fundación MAPFRE, has only been made possible thanks to the support of more than seventy lenders who have collaborated with the show. Notable among them are the Musée d’Orsay, Musée National Picasso-Paris, the Musée Matisse Nice, the Centre Georges Pompidou, the Musée d’Art Moderne de la Ville de Paris, the Museo Nacional Centro de Arte Reina Sofía, the Kunstmuseum Winterthur, the Columbus Museum of Art and the Museo di Arte Moderna e Contemporanea di Trento and Rovereto . Also essential was the generosity and extraordinary willingness of private collectors to lend works of exceptional quality.

This exhibition forms part of the international project Picasso-Mediterranean, an initiative of the Musée National Picasso-Paris. This program of exhibitions, activities and scientific exchanges runs from 2017 to 2019 and counts on the participation of over seventy international institutions: www.picasso-mediterranee.org

The turn of the century brought with it a rediscovery of the sea throughout the whole of Europe, specifically the Mediterranean, something that hadn’t happened until that point; and it was not confined to the field of aesthetics. It became fashionable to sunbathe, beneficial for the health of both the body and soul, and the heirs of impressionism sought out the light and vibrant color of the waves.

The Mediterranean as a landscape and as a geographical space, but also as a culture and an idea. With all of its nuances, the Mediterranean became a driving force of renewal for painters such as Monet, Renoir, Cézanne, Seurat, Derain, Braque, Bonnard, Matisse, Joaquín Sorolla, Ignacio Pinazo, Joaquim Mir, Joaquim Sunyer, Picasso, Giorgio de Chirico and Carlo Carrà, to mention just a few.

The idea behind the exhibition Rediscovering the Mediterranean is to review the paintings and sculptures of the artists who, during that period, happened upon a joyous moment in their way of producing and representing art. The Mediterranean as a reconciliation with the past, but also a place of artistic freedom which would become one of the major points of reference for the creation and evolution of modern art.

Spain: Valencia, Catalonia and Palma de Mallorca are just some of the places that, due to their geographical location, provided modern Spanish painting with one of its reference points from the mid-19th century onwards. Nature and beach activities came to be valued along with tourism and summer sojourns. Ignacio Pinazo and Joaquín Sorolla were among the artists who, during these years, turned their gaze towards the Mediterranean.

France: From 1880 onwards, the south of France became one of the preferred destinations for artists in search of new horizons. The Midi [midday or south of France] region became a kind of open-air workshop for a number of generations of artists fleeing from the hustle and bustle of the urban world. So complete was their identification with the region that when we speak these days of the “Midi Workshops”, it is hard to disassociate the artists from the places in which they lived: Aix-en Provence with Cézanne, Arles with Van Gogh, Nice with Matisse, Cannet with Bonnard and Cagnes-sur-Mer with Renoir.

Italy: The work of Italian artists seems inherent in Mediterranean culture. Beyond the topic or scene they depict, an overriding concept seems to emerge in all of these artists’ paintings, as if they were attempting to recapture a mythical past which belongs to them in its own right. The Italian artists featured in this exhibition based their ideas on recovering the ancient, the mythical and the classical but without overlooking their reconciliation with the modern style of painting to which they themselves subscribed.

Matisse and Picasso: The work of both Matisse and Picasso appears to bring together aspects of a good number of the artists represented in this exhibition. The tranquility transmitted by the compositions of Matisse echoes aspects of Bonnard, some of the Fauves and even certain Valencian and Catalan artists. On the other hand, there is the ambivalence found in the works of Picasso: some narratives, some classical and at the same time primitive, displaying the full aggression and melancholy of the artist and his life.

See all the Exhibitions of 2018