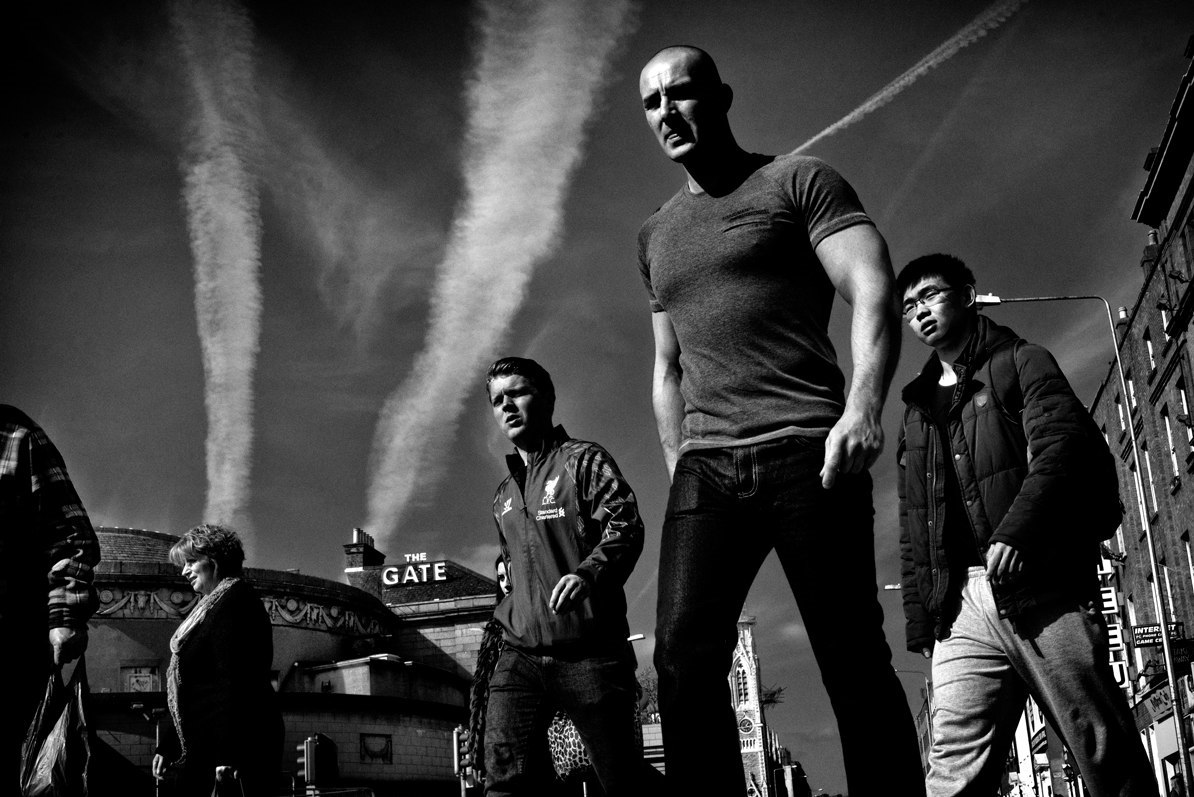 With his Dublin trilogy formed by the series i, ON and End>., as well as his latest series K, Eamonn Doyle has earned international acclaim and has emerged as a leading contemporary photographer. This exhibition allows visitors to discover the photographic “recordings” of the Irish artist, whose work is closely linked to music and the city of Dublin.

The exhibition Eamonn Doyle is produced by Fundación MAPFRE and curated by Niall Sweeney.

Over the past six years, Eamonn Doyle has emerged into the photographic world with an internationally-acclaimed body of work that has come to be known as his “Dublin trilogy” — i, ON and End. — which he then followed with K, a series he photographed in the west of Ireland and western Spain.

Born in Dublin in 1969, Eamonn studied painting and then photography at college (1987–1991), after which he set off travelling around the globe pursuing thoughts on being a “world photographer”. He soon returned to Ireland and in 1994 put down his camera and launched D1 Recordings. Eamonn spent the next twenty years embedded in music: publishing, collaborating, recording, running festivals and travelling the world.

Around 2011, on the streets just outside his inner-city Dublin front door, Eamonn began to take photographs again. His life-long passion for music, for literature (particularly Samuel Beckett) and the contemporary flux of cultural developments and social politics, all seem to combine and resonate on the streets of Dublin through his photographs.

This exhibition features a selection from each of Eamonn’s photographic series which, when staged together as a whole, reveal their interconnected dynamics and concerns — from the floating world of Dublin to the spectral world of K. The exhibition also includes some of his very early dark-room prints as well as more recent collaborative works, including the cinematic Made In Dublin.

Street Photography: Living in the centre of the Irish capital, Doyle photographs his surroundings from unexpected angles, revealing an original vision of the city and its inhabitants. His series i, ON and End., otherwise known as the Dublin trilogy, with their strategic cropping and framing, convey moments of stillness and frenetic energy, solitude and community. With these photographs, Doyle makes a contemporary contribution to the classic genre of street photography.

The Floating World of Dublin: In Eamonn’s trilogy (i, ON, End.) we move through a kind of floating world of Dublin. We see the city’s inhabitants manoeuvring through a series of obstacles in unknown solo performances of a collective unconscious choreography; we see the city flattening out in front of them, but also becoming them, or rising up around them like false-perspective stage settings.

Music: In turn, music is bound up in the fabric of Eamonn’s photographic work, quite literally as a fourth dimension of it, revealed through the ongoing collaborations with musician David Donohoe, whose compositions have become integral to the work and how it is communicated. Donohoe’s music complements the video work Made In Dublin and the photographs of the K series.

The Wind: In Eamonn’s images, in the K series above all, the wind is the activating agent of the figure. Instigating movement and gesture in the fabric, the air as waves of pushed particles somehow both reveals and obscures the wearer. We know that this is a figure draped in fabric, and as such is the presumed form-giver. However, the wind provides animated variance of fold, flap, curve, pleat and so acts as an auxiliary form-giver, quite often at odds with the primary thrust of position or pose. It is perhaps this underlying awareness of two skewed agencies that so unnerves.