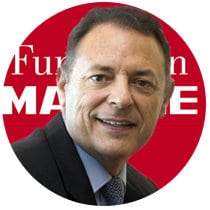 Main positions of responsibility:
Board member of MAPFRE (since March 2017).
Corporate General Manager of the Business Support Area (since January 2015).
Chairman of FUNESPAÑA (since 2012).

Main Recognitions:
The Order of Isabella the Catholic (2007).