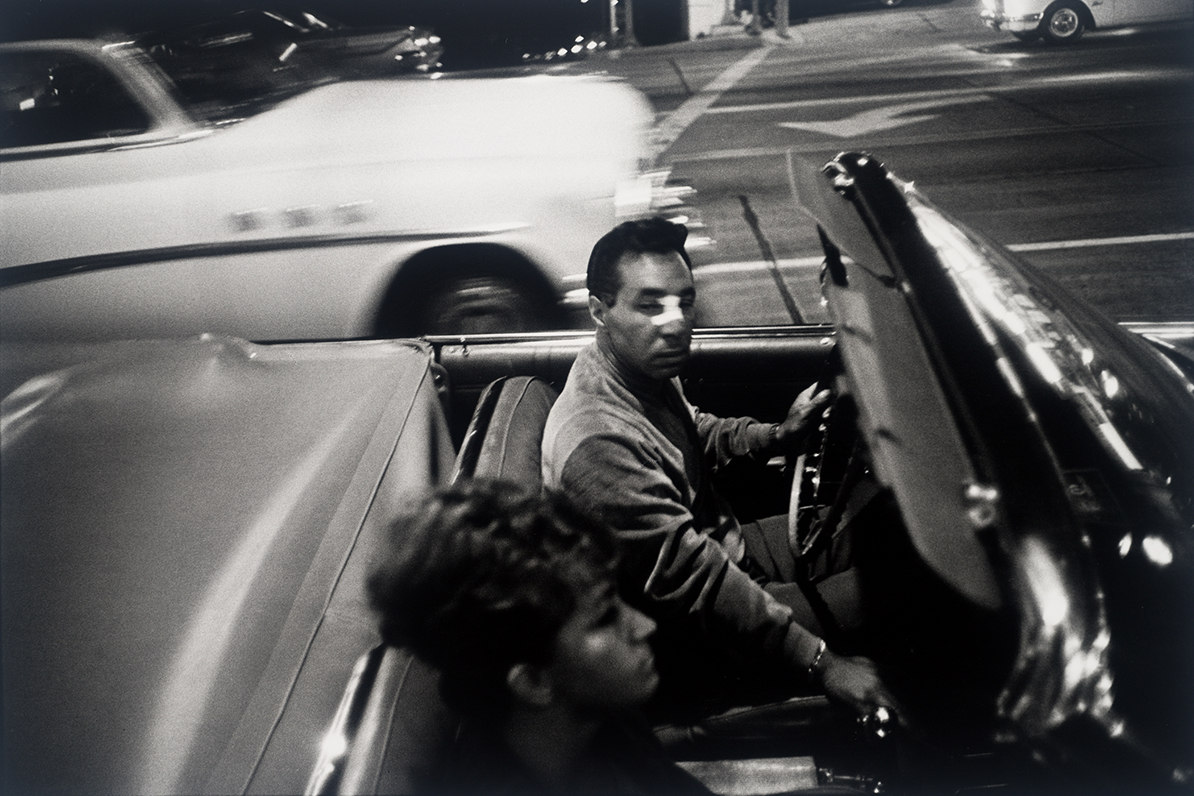 This exhibition, a meticulous journey through Garry Winogrand’s work, reveals the reality of the bustling America of the second half of the 20th Century through the gaze of one of the most important and innovative photographers of the age.

Garry Winogrand is one of the most important and innovative photographers of the 20th century, of the same stature as Walker Evans or Robert Frank. This exhibition brought together the most emblematic works of his career as well as photographs from his later life, many of which have remained unpublished until now, allowing us to extensively review this photographer’s career for the first time.

Garry Winogrand was organized by the San Francisco Museum of Modern Art and the Washington National Gallery of Art and its international itinerary was sponsored by the Terra Foundation for American Art with the support of Randi and Bob Fisher.

Applying for his first Guggenheim fellowship in 1963, Winogrand wrote how he had «been photographing these United States trying to learn who we are and how we feel, by seeing what we look like as history has been and is happening to us in this world».

In essence, Winogrand photographed everyday life: businessmen, women, athletes and famous actors, hippies, rodeos, politicians, soldiers, airports, protests and zoos are just some of the themes you will come across in his photographs. The exhibition, a tour of his work through over 200 photographs included works belonging to the Fundación MAPFRE Collections, presented a visual catalog of the American social scene in the second half of the 20th Century.

The exhibition was divided into three large sections: the first section, “Down from the Bronx”, contained the photographs taken by the artist in New York from his beginnings in photography in 1950 until 1971; the second section, “A student of America”, presented photographs from the same period but taken outside of New York. The exhibition ended with “Boom and bust”, with images of Texas and Southern California, as well as Chicago, Washington, Miami and other locations, taken in his last few years, from 1971 until his death.

Garry Winogrand’s contribution to the development of the language of photography is based on the formal innovation of his highly distinctive photographs. His centrifugal compositions display abundant visual information with a clear focus point that builds significant tension which decreases as you discover people on the margins, removed from the situation. Moreover, his inclined horizons helped to intensify the meaning of the images and his fast and efficient shots capture a precise moment in time.

See all the Exhibitions of 2015