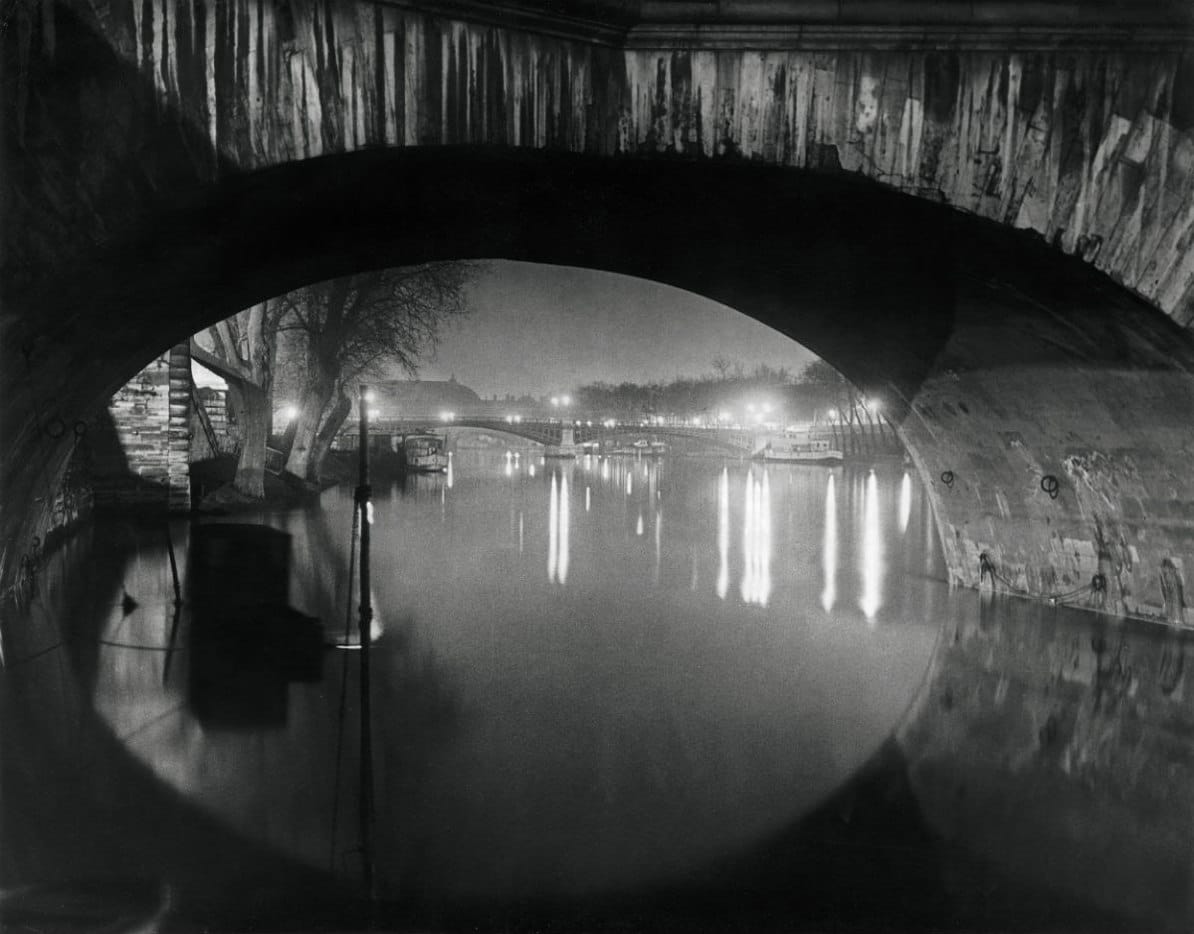 After passing through Barcelona, the BRASSAÏ exhibition, an in-house production featuring the work of this great Hungarian photographer, a key figure in the history of 20th century photography, is now coming to Madrid. The show traces his career with over 200 exhibits (period photographs, drawings, a sculpture and documentary material) and can be enjoyed in our Fundación MAPFRE Recoletos Exhbition Hall until 2 September 2018.

Brassaï’s work, already famous by the start of the 1950s, has come to be recognized as one of the cornerstones of the birth and evolution of a new trend in photography which emerged between the two world wars, transcending its purely documentary nature and restoring the concept of photography as a creative medium.

This is the first retrospective of the work of this great master organized since the year 2000 (Centre Pompidou) and the first to take place in Spain since 1993. The exhibition has been made possible thanks to loans from some of the leading European and American institutions and private collections: Estate Brassaï Succession (Paris), Centre Pompidou (Paris), Museum of Modern Art (New York), Metropolitan Museum of Art (New York), Museum of Fine Arts (Houston), Philadelphia Museum of Art, Art Institute of Chicago, ISelf Collection (London), San Francisco Museum of Modern Art, Nicholas and Susan Pritzker, David Dechman and Michel Mercure.

Brassaï is a Fundación MAPFRE production.

When we talk about the work of Gyula Halász (Brassaï’s original name), what springs to mind are his scenes of Paris by night. Born in Transylvania in 1899, he studied at the University of Arts in Berlin before finally settling in Paris in 1924, a city that was to become the main subject of his work. His depiction its streets, his extraordinary treatment of light and the details captured in his images brought him fame, with some of his shots becoming genuine cultural icons, symbols of an age and of the city.

The nocturnal scenes collected in his book Paris by Night are complemented by his work that reveals the everyday life of the city by day. The monuments, picturesque spots, scenes from daily life and architectural details are present in his work as a reflection of the irresistible fascination the artist felt for the French capital. In his quest to cover all of the facets of Paris, he also immersed himself in the city’s darker side. For Brassaï the gang members, outcasts, prostitutes and drug addicts all represented the least cosmopolitan aspect of Paris, an aspect that was more alive and more authentic. He compiled a huge collection of images of entertainment venues, ranging from night clubs to popular festivals and featuring the people who frequented them.

On his arrival in Paris, Brassaï made a wide circle of friends among the writers and artists of Montparnasse. Picasso, Dalí, Miller, Matisse, Prévert, to name but a few, all formed part of this circle and were the subjects for some of his portraits. Most of the portraits taken by Brassaï were of well-known people, putting him into a very comfortable position. He collaborated with the luxury art magazine Minotaure right from its very first issue and, over the following years, he enjoyed a prominent role for the publication. The show features several examples of his work there.

The exhibition follows all of the artistic facets of the photographer, from photos through to drawings of female nudes; it documents the trips commissioned by the magazine Harper´s Bazaar to Edinburgh, Morocco, Greece, Italy, Turkey and Spain, where he visited the Sagrada Familia in Barcelona, two unpublished images of which are included in the show. Also featured is evidence of his keenness to document the world of graffiti.

After studying art in Budapest and Berlin, Brassaï moved to Paris in 1924. In 1949 he took French nationality and never returned to his native country.

He was immediately enthralled by the city; the artists and writers of Montparnasse, but also the crooks, prostitutes, pimps and other characters that made up the Parisian underworld all contributed to his being immediately captivated by the fabric of the French capital. Its everyday life, its appearance and its vitality… soon made it the focus of the intense activity he maintained throughout the thirties.

Nobody photographed Paris by night as exhaustively and accurately as Brassaï, although he also accumulated a substantial collection of images of Paris by day. But, in all cases, these creations always fulfilled the same objective: to capture the best possible reflections of what, for him, represented an enduring tradition, developed in a continuous and uninterrupted way, unchanging from generation to generation.

His book Paris de Nuit, published in December 1932, soon enjoyed great success despite not including many of his best nocturnal shots, which would be taken or published later.

When, following the Second World War, Brassaï reorganized his work into themed groups, he collected all of his scenes of Parisian nightlife together under the title Plaisirs (Pleasures).

The world they so vividly expressed was both a reality and a sophisticated myth. The characters featured are generally just going about their business and yet, even so, Brassaï’s work is not documentary in nature: his goal and lasting achievement was to revitalize a rich mythology that already existed in literature and the traditional visual arts, translating it to the new medium of photography in its most visceral and immediate form.

Although Brassaï settled in Paris to devote himself to painting, he very quickly started to generate sporadic income by selling articles, caricatures and photographs to German and Hungarian newspapers. The possibilities that these commissions opened up for him, together with his fascination for life beyond the studio, ensured that, from his very first years, he would, up to a point, neglect his main objective.

So it was that at the start of the 1930s he discovered his great and unique talent for photography, a medium he had previously disdained. He then decided to keep his real name for his paintings and sign his photographs as “Brassaï”, in other words «by Brassó».

During the German occupation of Paris he gave up photography and went back to drawing and writing. Just like the majority of the drawings preserved from his time in Berlin from 1921-1922 as an art student, most of his output during and just after the German occupation of 1943-1945 are female nudes. The same thing happened with many of the sculptures he began work on after the war.

When the war was over he returned to photography, although his love affair with Paris by night had ended. However, he still kept to the style that he had forged in the 1930s: direct, frank and committed to the bare facts.

When Brassaï arrived in Paris, in the middle of the 1920s, the process of substituting traditional illustrations for photographs in newspapers and magazines was already in full swing. Brassaï’s work on their behalf led him to improvise, at the beginning, a photographic agency of which he was the only employee. He provided the media with photographs taken by others. Gradually, as he began to understand the potential of this phenomenon, Brassaï started to take and sell his own photographs and to achieve widespread recognition for them.

At the same time, this process coincided with an incipient trend in photography: contrary to the photographers with artistic leanings at the start of the century, who emulated traditional art, the leaders of the new movement discovered the artistic potential of photographing everyday life.

When this tradition began to be celebrated in the seventies, Brassaï’s work was recognized as one of the cornerstones of its emergence and evolution.