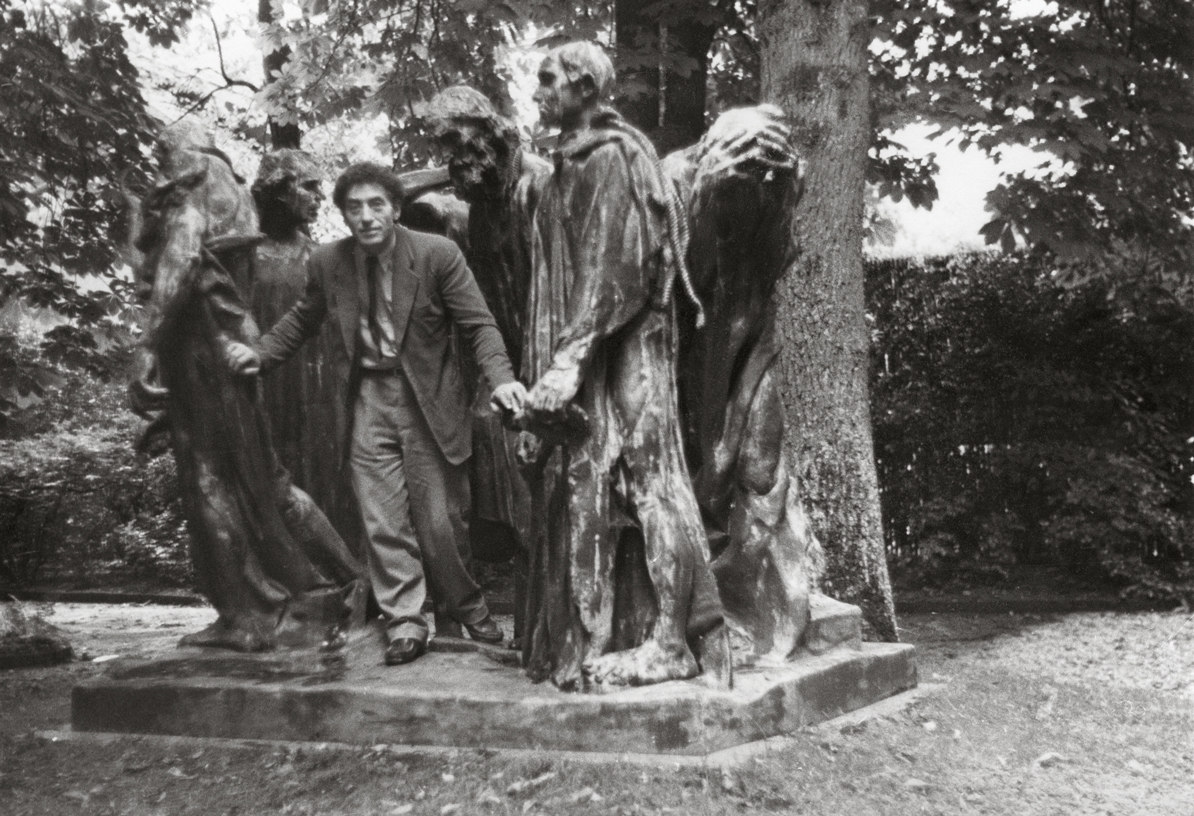 Auguste Rodin (Paris, 1840-Meudon, 1917) and Alberto Giacometti (Borgonovo, Switzerland, 1901-Coira, Switzerland, 1966) never met each other. In fact, when Giacometti arrived in Paris in 1922, Rodin had been dead for five years. However, through their artistic careers we can witness an interesting dialog between them which reveals a number of similarities but also differences in their work, something which is inevitable in two such free-thinking artists separated by more than a generation.

The exhibition, curated by Catherine Chevillot, Catherine Grenier and Hugo Daniel was made possible thanks to the generosity of the Musée Rodin, Paris and the Fondation Giacometti, Paris. Complement your visit at #expoRodin at @FundacionCanal.

Despite being separated by more than a generation, the creative careers of Auguste Rodin and Alberto Giacometti offer similarities and differences that are revealed for the first time in this joint exhibition we are staging at our Recoletos exhibition hall.

By means of over two hundred works, Rodin-Giacometti reveals how both creators found, in their respective eras, ways of drawing closer to the human figure that reflected a new, personal vision but one which was firmly rooted in its times: for Rodin it is the world prior to the Great War; for Giacometti it is the interwar and post-Second World War period of history.

Moving beyond some of the purely formal aspects that both artists share, such as their use of materials and how they modeled their figures, their concern over the sculpture’s base and their taste for fragmentation or distortion, the dialogue established between them extends far further. Rodin is considered to be one of the first modernist sculptors due to his ability, first through the expressiveness of faces and gestures and then over time by focusing on what was essential, to reflect universal concepts such as anguish, pain, anxiety, fear or rage; this is also one of the fundamental features of Giacometti‘s work: his post-war works, those elongated, fragile and motionless figures, which Jean Genet referred to as “the guardians of the dead” and having been divested of all that is accessory, express all the complexity of the human condition.

Groups: Auguste Rodin was one of the first sculptures to move towards realism, given that “beauty only resides where there is truth”. In The Burghers of Calais, one of his most important works, Rodin attempted to sculpt each of the figures as independent pieces, creating an experience with the viewer, who can immerse themselves in the work and with the figures depicted, just as Giacometti would go on to do many years later. At the end of the 1940s Giacometti also became interested in the topic of sculptural groups, undoubtedly owing to the influence of the Monument to the Burghers of Calais. Pieces such as The Square (Composition with three figures and a head) or Four women on a base, speak to us of the artist’s interest throughout his career in understanding the paradox of the individual’s loneliness in a crowd.

Accident and distortion: the search for expressiveness in Rodin’s sculptures can be seen in the emphasis he places on their faces, which are caricature-like on occasions, distorted in the search for an expressive impact, as can be seen in Head of the Tragic Muse. In Giacometti’s case, the sculptures become increasingly lengthened and stylized, sometimes very small, and then very tall, and as the sculptor himself indicated, that was the way he would see them in reality. Together with this distortion, both artists used fragmented pieces to generate new meaning in their works, which continued being beautiful despite being “broken”. Parts of fragmented materials and accidents in the modeling process are recovered and included, thus endowing a different meaning to the sculpture, perhaps even a fuller meaning.

Modeling and materials: following his cubist experimentation and his forays into surrealism, Giacometti progressively whittles down his sculptures in his search for “figures and heads seen in perspective”. His characteristically elongated figures replace his earlier technically perfect sculptures and the materials and the modeling take a leading role in his work. This was also the case for Rodin who occasionally allowed the clay beneath the bronze to be seen, thus revealing an energetic and lively modeling. This can be observed in sculptures such as Eustache de Saint Pierre (between 1885-1886) or the different attire he creates for the figure of Balzac.

The series and The Walking Man: the study process and repetition of the same motif is a common practice for both Rodin and Giacometti. On the one hand, it is a way of drawing closer to the model represented and its psychology; while on the other hand, this repetition allows them to progressively transform the work, which appears to remain in a perpetually unfinished state. The work entitled The Walking Man by Rodin was extremely thought-provoking to Giacometti, who would later go on to express this idea in his own work. Compared to Rodin’s figure, Walking Man by Giacometti appears withered and fragile; although the French master also demonstrated great expressiveness and a keen sense of human fragility.