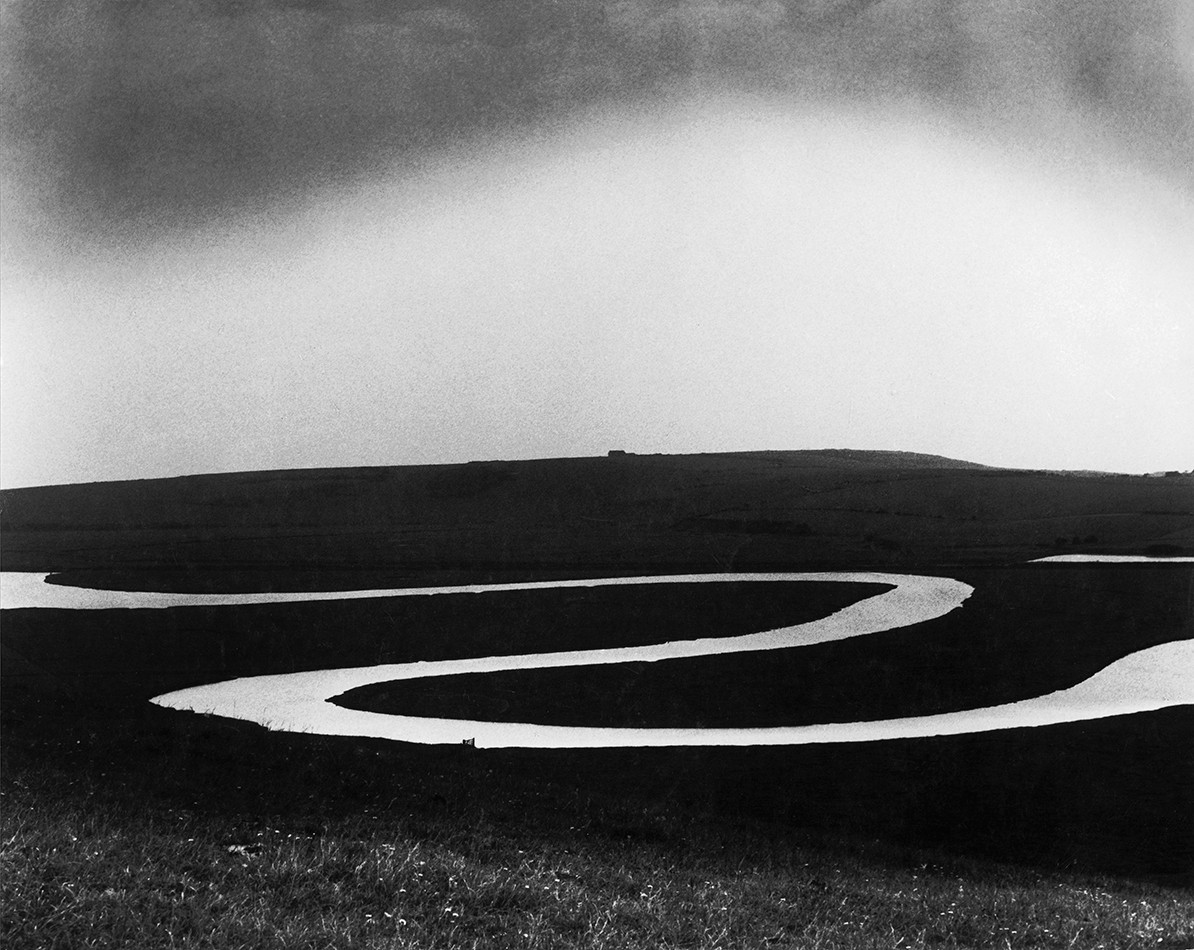 An apprentice in Man Ray’s studio and influenced in his origins by artists such as Brassaï, André Kertész or Eugène Atget, Bill Brandt (Hamburg, 1904-London, 1983), one of the founders of modern photography, conceived the language of photography as a powerful means of contemplating and understanding reality, but always from a primacy of aesthetic considerations over documentary ones. Published in the press or in books, some of his photographs quickly became iconic pieces, indispensable for understanding mid-century English society.

His work also expresses a permanent attraction to everything strange, to everything that causes attraction such as strangeness and provokes unease. His aesthetics are thus close to the concept of “the sinister”, understood as the opposite of anything familiar, or the usual. This element will act as a plot line for a professional and artistic production that, at first, seems erratic and dispersed.

His latest work shows a more experimental approach, a search for innovation through cutting and framing, evident above all in nude images.

The exhibition brings together 186 photographs that were developed by Bill Brandt himself, who over almost five decades of his career never ceased to address any of the main genres of the photographic disciplines: social documentary, portrait, nude and landscape.

The tour, divided into six sections (“First Photographs”, “Up and Down”, “Portraits”, “Landscapes Described”, “Nudes” and “In Praise of Imperfection”), tries to show how all these aspects – in which identity and the concept of “the sinister” become protagonists – converge in the work of this eclectic artist who was considered, above all, a flâneur, a “stroller” in terms similar to those of his admired Eugène Atget, whom he always considered one of his masters. One hundred and eighty-six photographs are complemented by writings, some of his cameras and various documents, (including an interview he gave to the BBC soon before his death) , as well as illustrated publications of the time. All thanks to the courtesy of the Bill Brandt Archive in London and the Edwynn Houk Gallery in New York.

Surrealist beginnings: after beginning his adventure into photography in Vienna, where in 1928 he produced the famous portrait of the poet Ezra Pound, Bill Brandt went to Paris to work as an assistant, for a short period of time, in Man Ray’s studio, which prompted him to mingle with the surrealist atmosphere of the French capital, which would permeate all his work thereafter. This influence, together with that of his admired Eugène Atget, the photographer who documented “the old Paris” and of whom Fundación MAPFRE also organized an exhibition in 2011, led to images where the disturbing was already present: street scenes and the Parisian night are some of the most frequent messages in the artist’s images during this period.

Concealing everything German: together with his partner and future wife, Eva Boros, he also took several trips to the Hungarian steppe, to his native Hamburg and to Spain, where they visited Madrid and Barcelona, before moving to London in 1934. In this city Brandt shed his German roots, eliminating all reference to them, a concealment due to the growing animosity towards all things German that followed the rise of Nazism. Brandt invented a British birth, creating an artistic corpus in which the United Kingdom is placed as the core of his identity.

The portrait: after producing several portraits at the beginning of his career, starting in the nineteen forties -period in which he worked for magazines such as Picture Post, Liliput and Harper’s Bazaar-, Bill Brandt now approaches this genre in a professional way. Some of them represented a break away from tradition, such as those published in Lilliput in 1941, illustrating the article “Young Poets of Democracy,” which included some of the most representative faces of the writers and poets of the Auden Generation.

In praise of imperfection: in his introduction to Camera in London, the book about the British capital published in 1948, Bill Brandt noted: “I consider it essential for photographers to make their own copies and enlargements. The final effect of the image greatly depends on these procedures, and only the photographer knows the intention”. For the artist, laboratory work was fundamental and, early in his career, he learned an array of craft techniques: from magnification to enlargement, the use of brushes, scrapers or other tools. These manual finishing touches sometimes gave his photographs that somewhat crude appearance that can be associated with the Freudian concept of the “unheimlich”: all things sinister.