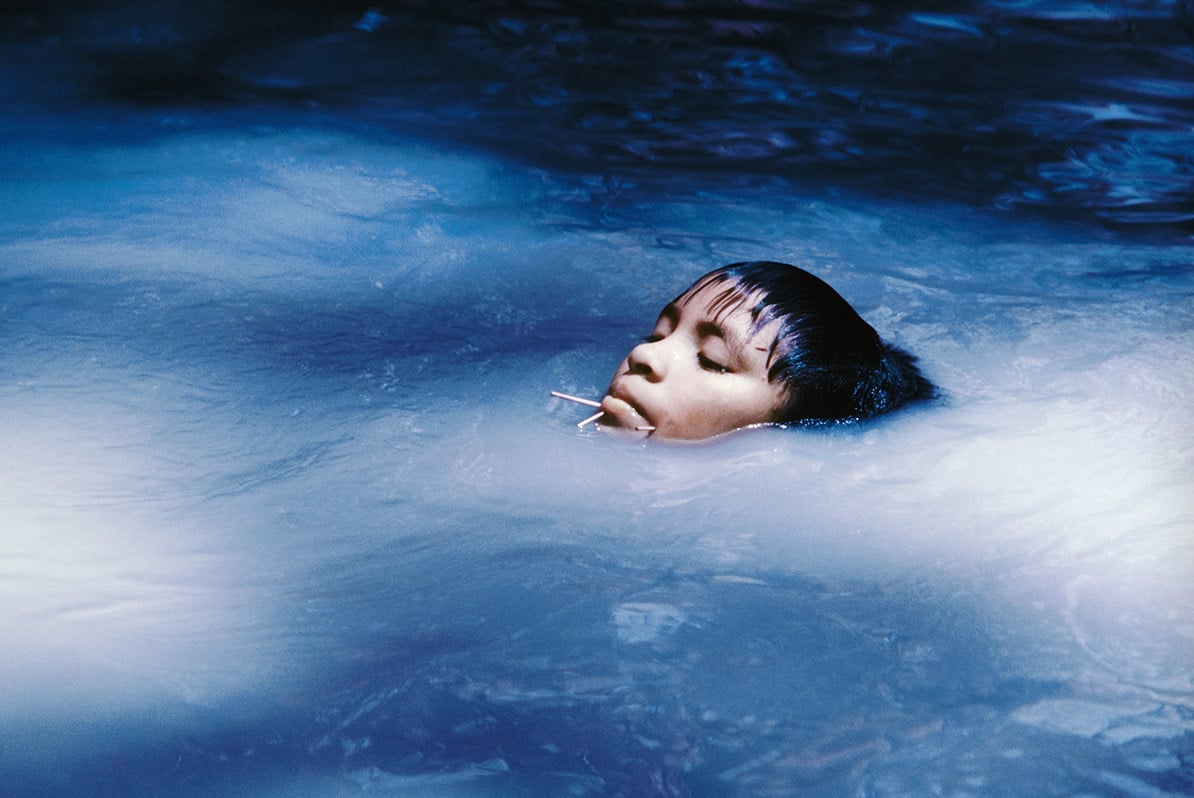 This is the largest exhibition to date dedicated to the career of the Brazilian artist Claudia Andujar (born in Switzerland in 1931): a broad overview (almost 300 photographs focusing on her experiences living with the Yanomami from 1970, an audiovisual installation, and drawings by the indigenous people) of an internationally-acclaimed oeuvre and a photographic proposal in which the artist’s intimacy with her subjects and the motifs they represent is combined with her use of an experimental language that combines art and activism.

In addition to the images of the Yanomami, selected by the curator during a four-year investigation into the artist’s archive, there is a selection of the first photographs taken by Andujar in Brazil (in the 1960s and 1970s).

Organized in collaboration with the Instituto Moreira Salles (IMS), Brazil

“I am connected with the indigenous people, with the land, with an essential struggle. All of this moves me deeply. Everything seems necessary. Maybe I don’t understand everything, nor do I seek to understand it. But it is not necessary; to love is enough. Perhaps I always sought the reason for life in this essentiality. And that’s why I came to the Amazon jungle, instinctively, while searching for myself.”

These words sum up a large part of the career of artist Claudia Andujar (Switzerland, 1931), who, following her early years as a photojournalist, from 1971 dedicated her life and work to defending the Yanomami, one of the largest indigenous groups in Brazil. Andujar established herself in Brazil in 1955 after fleeing the Holocaust with her mother.

The exhibition brings together more than two hundred photographs and a series of drawings by members of the Yanomami people, as well as books, videos and documents that explore the artist’s extraordinary contribution to the medium. With a style that combines an intimate view of her subjects with an experimental approach that blends art and commitment, Andujar has transformed the protection and defense of the Yanomami people into her life’s mission.

The Yanomami: The cradle of this indigenous people is the Sierra Parima, on the border between Brazil and Venezuela. Hunters, gatherers and farmers, they have inhabited the region for thousands of years and move through an area of 120,000 km2, where many of them live far from the rivers and close to streams and springs in the highlands, whose fruits and animals have provided them with sustenance even in times of drought. Their population is estimated at 36,000 people, two-thirds of whom live in the Brazilian zone. This ethnic people is divided into several groups and more than two hundred communities that speak four different languages, although all with a common root. In the early 1970s, the Brazilian military dictatorship launched a program to exploit the Amazon region, threatening the lives of these people through unchecked forestry and mining activities and the spread of diseases.

Yano: These are the large community houses in which the Yanomami live. In them, each family has a defined space where they keep their food and belongings and hang their hammocks, today manufactured industrially with nylon but originally made from envira fiber and cotton that they themselves grew and spun. In closed huts, it is customary to open windows in the roof with long poles to let the light in and the smoke out. Andujar captured images of the interiors showing beams of light passing through and creating a mystical atmosphere, the result of her experimentation with the medium of photography to convey her experiences of living in this community.

Reahu: This is the ceremony dedicated to the dead celebrated by the Yanomami. These rites can last days or weeks, depending on the importance of the deceased person and the offering of food. They are parties in which people sing and dance, pair up, and bond with neighboring groups they invite. A bountiful harvest and a long hunting expedition precede a good reahu. At these funerary celebrations, as well as in engagement rituals, the shamans invoke the xapiri, spirits that never leave the jungle, and inhale a hallucinogenic snuff, known as yãkoana, which enables them to communicate with these spirits who help them to govern community life.

‘Marked’: Between 1980 and 1987, the NGO Commission for the Creation of the Yanomami Park (CCPY), which was founded by Claudia Andujar, among others, launched a number of vaccination and primary healthcare campaigns for the Yanomami with several doctors from the Paulista School. Given the impossibility of identifying each recipient of a vaccine, since these indigenous people have no concept of a given name, they decided to give each of them a numbered plaque to hang round their necks. The artist then photographed those who had already been immunized. Between 2003 and 2009, she returned to those portraits to produce her series entitled Marked. She realized that it reminded her of her childhood in Transylvania, when family members and friends – many of whom would perish in the death camps of Auschwitz and Dachau – were forced to wear a Star of David sewn onto their chests. In her work on the Yanomami, the significance goes in the opposite direction, pointing out those who are ‘marked to live’.