How can we know for sure if green bonds are just greenwashing? 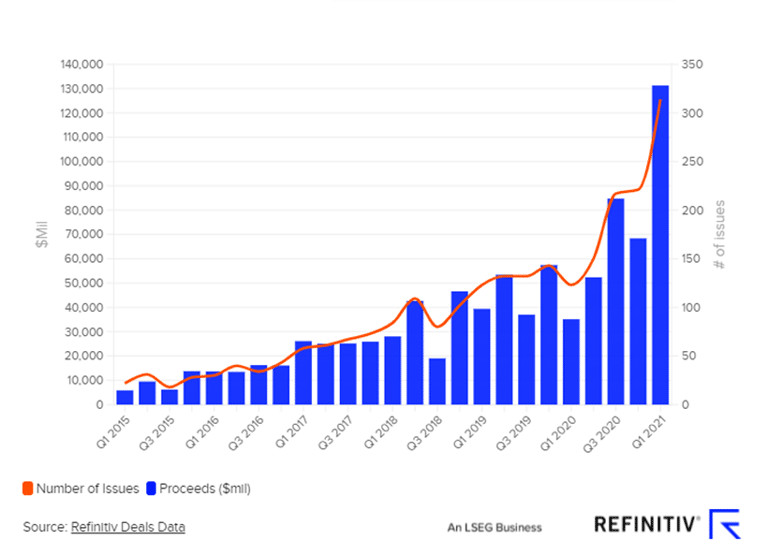 This huge growth in green bond subscriptions was not even enough to meet the demand from industrial investors, who found it difficult to get the full green bond subscriptions they had requested in the primary market. The result of this excess demand is that the interest rate of the issue ends up being set at minimum levels, below what the company issuing them would normally achieve.

However, in the world of NGOs there has been growing criticism of these bond issues, which on many occasions have been classified as greenwashing.

Is it possible to come up with a measurement system that leaves no doubt as to whether these issues are greenwashing or not?

The International Capital Market Association (ICMA) is an internationally-recognized body that has established the Green Bond Principles (GBP) to classify the issues of these bonds. Given that the standard is global, and hence can be used to establish whether a bond falls into this category and thus be compared with other bonds, then why is there still this dialectical battle about whether or not they are greenwashing?

Let’s take a look at an example that shows how this disparity in criteria arises. An electricity company issues bonds that it classifies as “green”, since their purpose is to finance the investment of a renewable energy wind generation farm. However, given that a substantial part of that company’s electrical generation comes from coal-fired power plants, can this company really be considered green and therefore benefit from this reputation?

Those who criticize the company, claiming that it is engaging in greenwashing, are considering the company as a whole rather than the isolated solar or wind project. In line with this reasoning, many people believe that these green bonds are an oxymoron, since a company that emits significant amounts of CO2 cannot possibly be green, even if the conditions of its bond comply with the principles established by the ICMA.

How, then, do we reconcile the conflict between the social perception that the company’s real intention is not to reduce its CO2 emissions, and therefore it is not really green, and the fact that the company is indeed going to generate non-polluting energy? The knock-on effect of a lower financial cost to a large extent influences criticisms against the company achieving its much-vaunted reputation as a green company.

What is remarkable about this debate is that the criticisms and suspicions are not only coming from the NGO world: statements by international organizations and regulators explicitly highlight their concern that this greenwashing is occurring. The reason for this concern is that these entities are aware that financial vehicles that call themselves “green” have to generate the necessary confidence for institutional investors and savers to invest in them. In this case, there must be a guarantee of their “green” status to ensure the flow of private funds necessary to tackle climate change.

In this respect, the recent statement by G7 finance ministers and central bank governors on June 5, 2021 highlighted their support for information on the climate risks to the company to be mandatory, as a fundamental mechanism to give confidence to the markets, in line with unified standards.

The problem has not been solved with these declarations, since achieving international acceptance of some standards is hugely complex insofar as the US and Europe have different approaches. To mention the most important one, the US vision focuses on financial materiality, while the European one insists on double materiality: in other words, taking into account the company’s financial materiality as well as the impact of its activities on the environment in general.

The conclusion we can draw from this is that if the European approach wins, the classification of greenwashing will be more categorically qualified. If one of the requirements to qualify a debt issue as green includes the company’s global environmental impact and its environmental targets, this would be an argument in support of believing that the bond issue is not simply greenwashing. In this respect, some issues may benefit more from lower financial costs than others. By being able to make a comparison between green bonds, it will be possible to choose “competitively” between those green issues that are more consistent with the environmental impact of the company’s main business activity, and hence  benefit from a greater reduction in the interest rate of the issue.

The progress of this debate seems to be leaning towards the European side, since in its review of the 2021 Green Bond Principles, the ICMA considered that the company’s environmental commitment can be demonstrated with the concept of a bond “linked” to the company achieving certain global environmental targets. If the company fails to meet the targets set out in the contract, the owner of the bond would receive a premium above the interest rate of the green bond.

The issue of greenwashing is a very topical one, and pressure from governments will determine, in the coming years, the conditions to clarify this debate.

Joaquín Garralda is a lecturer at IE University, specializing in strategy oriented towards Corporate Social Responsibility. He has given a number of conferences and programs and also promotes CSR from a variety of platforms. He is President of Spainsif and Chairman of the Ethics Committee of the MicroBank Ethical Fund (Caixabank Group). He is a regular contributor to the leading economic and financial news media in Spain and Latin America.