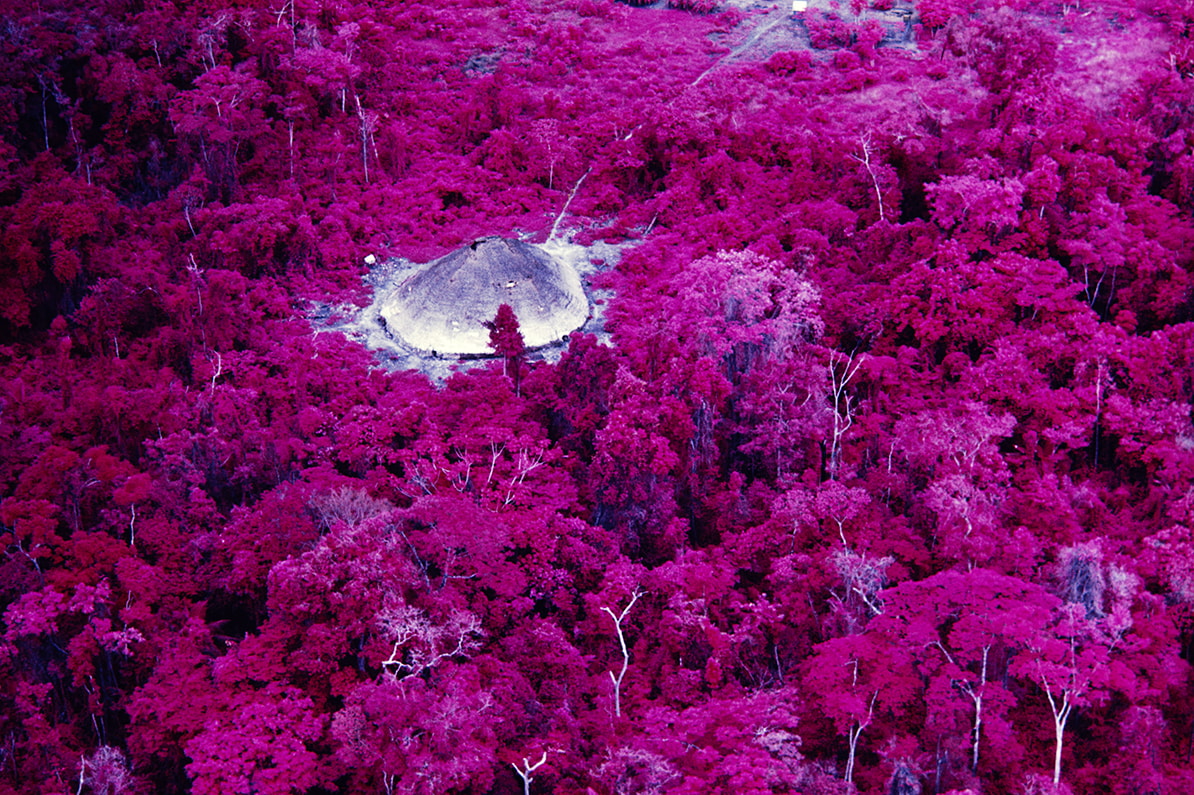 The Catrimani River, which the Yanomami call Wakatha u (giant armadillo), rises in the Parima mountains on the border between Brazil and Venezuela, and is regarded as the cradle of this indigenous people, who have occupied the region for more than one thousand years. Hunters, gatherers and farmers move around an area of some 120 km2 spanning northern Brazil and southern Venezuela. Their population is estimated at 36,000 people, two-thirds of whom live in the Brazilian zone. This ethnic group is divided into several smaller groups and more than 200 communities with four different languages, yet sharing the same roots. Most of them live in the highlands, far from rivers yet close to the streams and springs that provide them with essential supplies of water, fruit and animals, even in times of drought.

Claudia Andujar’s work is a celebration of the friendship that binds her to the Yanomami people, and the fact that this catalog has been shortlisted for the best historical photography book award at a festival as prestigious as Les Rencontres d’Arles represents recognition of everyone involved in this book. Fundación MAPFRE is delighted to report this achievement and we want to celebrate it with you by sharing an extract from the catalog here.

Extract from the catalog

For more than five decades, Claudia Andujar has documented the life of these people, threated by speculation and human avarice. In her early images, the photographer portrayed their traditional lifestyle: the daily routines in front of the yano, the community homes that house dozens of families under the same roof; the women gathering fruit, and the men hunting small animals. Following the creation of the audiovisual piece O homem da hileia (Amazonian Man), the artist started moving towards the invention of a photographic universe of the Yanomami without the documentary constraints of journalism or the ethnographic rigor of anthropology. She applied Vaseline to camera lenses, used different types of flash and infrared film to create visual distortions, beams and saturated colors, and lengthened exposure times to overlay different scenes in the same photograph, visually suggesting large numbers of people and the spiritual connection between them. She gave shape to the shamanic experience and offered a fresh understanding of this culture, the meaning of which can only be appreciated through images.

In its 344 pages, the catalog of the exhibition shown at our KBr Photography Center in Barcelona reproduces the photographs that were on display, a series of drawings made by the Yanomami, and a selection of her earliest photographs taken in Brazil in the 1960s and 1970s. The publication also includes texts by Thyago Nogueira, the exhibition’s curator, and by the artist herself.

The exhibition, shown between February 26 and May 23, 2021, featured the work of the internationally renowned photographer Claudia Andujar and her photographic approach, in which the intimacy between the artist and her subjects and the motifs she portrays are combined using the resource of an experimental language in which art and activism come together.

The catalog explores Claudia Andujar’s extraordinary contribution to the art of photography, and her important role as a human rights activist in defense of the Yanomami people.