The event took place during a visit to the headquarters of Fundación MAPFRE, the National Liaison for this initiative

Seeking to promote new road safety and sustainable mobility policies worldwide, in 2004 the European Commission launched the European Road Safety Charter, an initiative that all organisations working in this field can support. By endorsing the charter, organisations can contact other institutes with which they can share best practices, receive information and take part in the Road Safety Excellence Awards, among other benefits.

Fundación MAPFRE, which signed the European Charter in 2009 and received one of the aforementioned awards for excellence in 2019, has been Spain’s National Liaison since 2021, taking on the mission of disseminating the initiative in its area of influence and promoting new membership. One of the most significant of these in 2022 is that of the Road Safety Commission of the Spanish Congress of Deputies, the first parliamentary institute to take on this commitment.

The commission signed the charter at Fundación MAPFRE’s headquarters during a ceremony attended by Matthew Baldwin, the European Commission’s Deputy Director General and European Coordinator for Road Safety and Sustainable Mobility, who joined the event from Brussels. In his speech, via streaming, Baldwin acknowledged the commitment to road safety and accident reduction of the whole of Spanish society in general and, in particular, of the congressional commission. Juan José Matarí, chairman of the Road Safety Commission and the person responsible for signing the charter, thanked Fundación MAPFRE for its role as National Liaison and emphasised the results of the work of this and many other institutions over the years. This is reflected in the progressive reduction of the accident rate in Spain, which is below the European average. 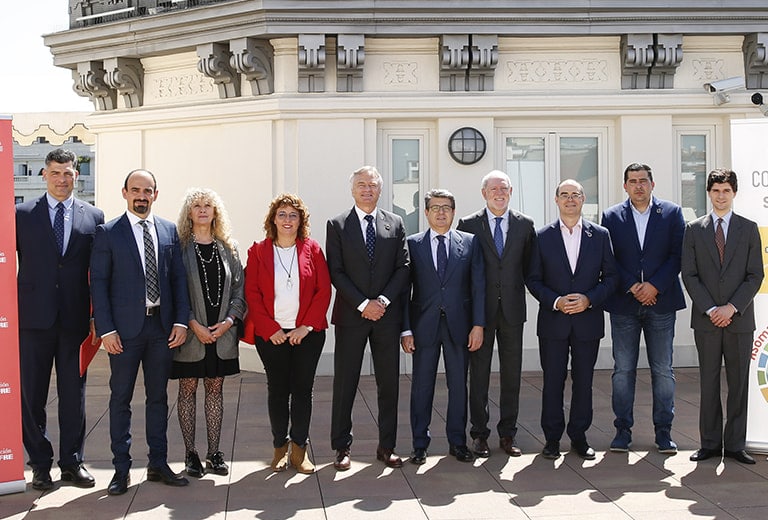 In addition to highlighting the importance for our institution of acting as National Liaison, the vice-president of Fundación MAPFRE, Ignacio Baeza, emphasised the international projection of the activities and dissemination work carried out by the Fundación in this field; the General Manager of Fundación MAPFRE, Julio Domingo, also spoke of the potential to amplify the good practices and knowledge acquired in Spain in countries such as Turkey, Mexico, the United States and many others where Fundación MAPFRE works. For his part, the Director of Prevention and Road Safety, Jesús Monclús, focused on the challenge of boosting a network like this to ensure its continued growth, and he underlined the importance of reinvigorating key mechanisms, such as tax incentives for companies and organisations that are committed to this cause.

The event was also attended by Sarah Lynch, another member of the European Commission, as well as by spokespersons of the various political parties that are members of the Commission.

Fundación MAPFRE as National Liaison from 2021 aims to expand the community of European Charter members and encourage and promote the exchange of knowledge and best practices among all the entities that comprise it, with the aim of reducing deaths and serious injuries by 50% by 2030 (“50 by 30”) and to have no deaths or serious injuries on the roads of the EU by 2050 (Vision Zero).

The European Charter currently has more than 3,500 members representing businesses, associations, public authorities, research institutions, universities and schools, NGOs and other civil society groups committed to taking action for road safety. Of these, nearly 1,000 are Spanish. Members carry out road-safety-related activities addressed to their partners, employees and the rest of civil society.