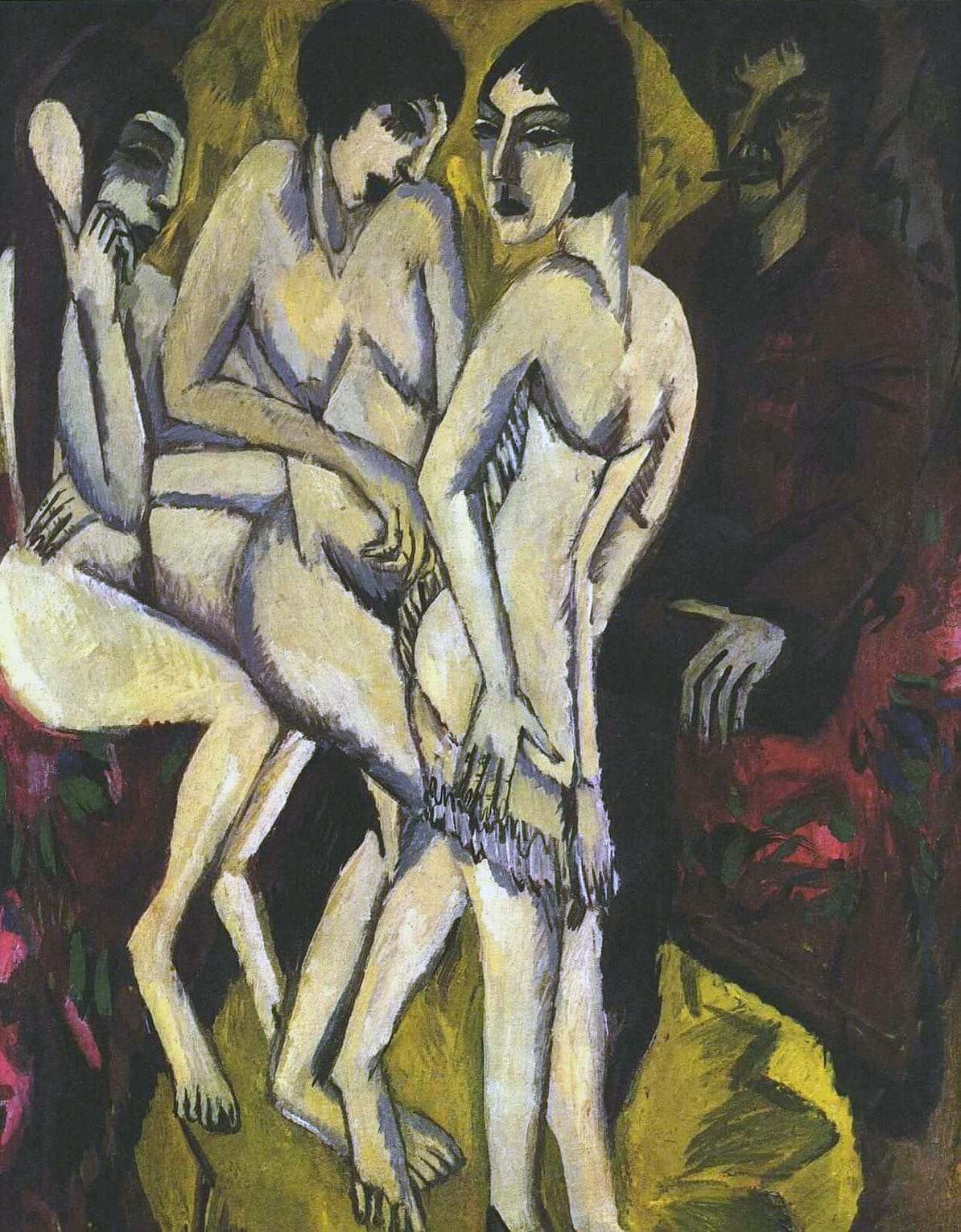 A key figure in German expressionism and the co-founder of the famous Die Brücke (The Bridge) group, Ernst Ludwig Kirchner was one of the great authors of modernity. This comprehensive retrospective exhibition allowed us to explore all the artist’s stages and media in depth and to learn about all the nuances of his body of work.

Fundación MAPFRE unveiled an exhibition of the German artist Ernst Ludwig Kirchner (Aschaffenburg 1880 – Davos 1938) for the first time in Spain, offering the Spanish general public the chance to see the work of this artist who was a painter, sculptor, architect, photographer, editor and art historian.

The exhibition brought together a selection of 153 works, including oil paintings, sculptures and works on paper. In addition to the exhibition, a selection of 35 modern copies of the photographs with which Kirchner documented his life and his creative process were also on display.

The exhibition took a deep dive into all the artist’s stages and media, radically updating the traditionally historical perception of him; from his first years studying in Dresden and the creation of Die Brücke, to the richness of his artistic output following the First World War, during his hospital confinement and convalescence in Davos, as well as his years spent in Berlin. At the end of his life and inspired by Bauhaus, Picasso, Le Corbusier and Léger, Kirchner adopted an abstract, static and ornamental language, dominated by the power of color.

The exhibition, which was produced by Fundación MAPFRE, enjoyed the special collaboration of the Kirchner Museum Davos in addition to a further 26 internationally acclaimed museums and private collections (including the MNAM Centre Georges Pompidou, Paris, the National Gallery in Washington DC, the Ernst Ludwig Kirchner Legacy, the Galerie Henze & Ketterer in Wichtrach-Bern, the Nationalgalerie of Berlin, the Museum Folkwang in Essen, the StaatlicheStaatsgemäldesammulungen in Dresden, the Hamburger Kunsthalle, the StädelMuseum in Frankfurt and the Wilhelm-Hack-Museum in Ludwigshafen).