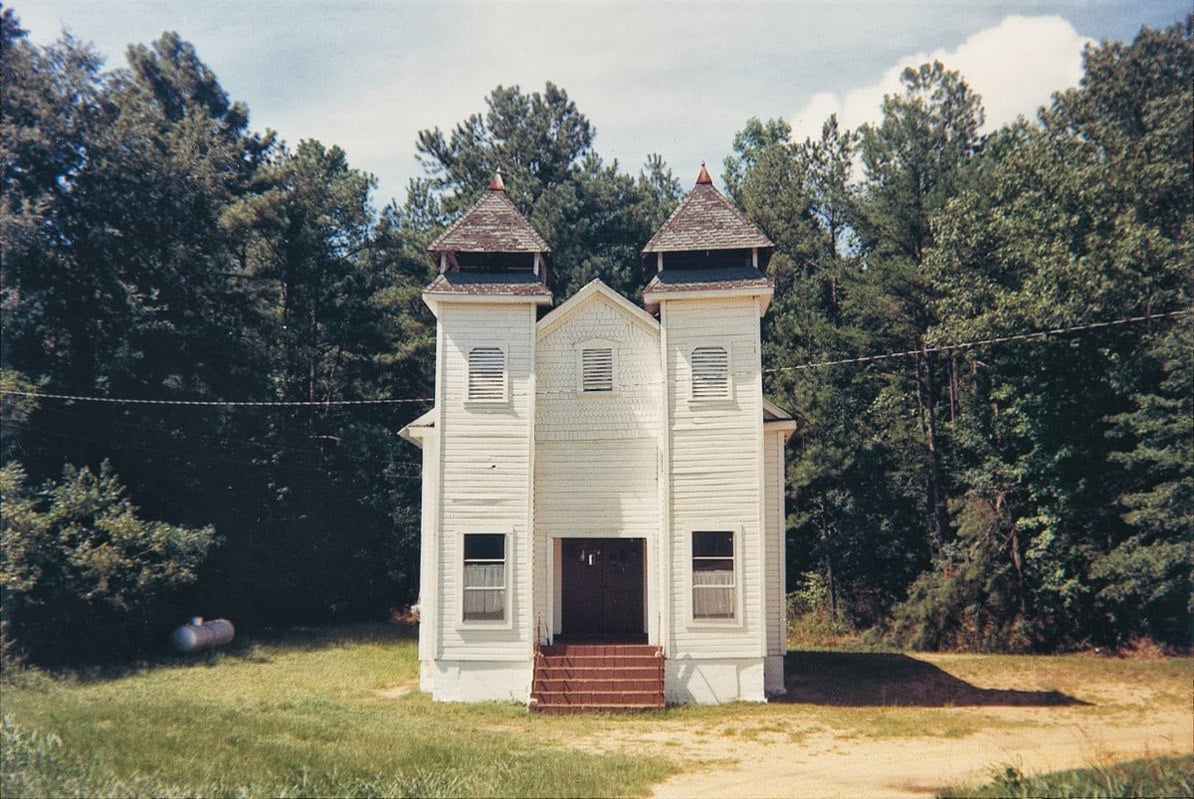 Despite being one of the pioneers of color photography, his work had never been exhibited in Spain before. This exhibition brought to Spain a long overdue and comprehensive retrospective of American artist William Christenberry that included images of the places where he grew up, his experiences, his reveries and his obsessions.

William Christenberry (Tuscaloosa, Alabama, 1936) occupies a special place in the recent history of American photography due to his unique vision of the American south. In addition, he is incontestably considered one of the pioneers in color photography. Yet Christenberry is also a versatile creator who has used other mediums -painting, drawing, sculpture and installations- to crystallize the memory of a landscape that he frequented and experienced over the course of his life.

This exhibition was a great opportunity to learn in depth about his photography and other elements of his work. The retrospective contained more than three hundred photographs, most of them vintage, taken between 1961 and 2007, ten sculptures and The Klan Room. It also featured a selection from the collection of advertisements and advertising posters that Christenberry collected over the years that reflect his interest in popular culture.

Christenberry tells the tale of the southern United States from within – a partial narrative, no doubt, one rooted in his childhood, memories, experiences, reading and reveries. In this way, the photographer becomes an indispensable narrator, joining a tradition of artists from other areas -the novel, poetry and photography- who have contributed to the collective imagination of the American South.

Christenberry’s work is unique for its evocative capacity through simple imagery that becomes monumental. His first photographs, which he took with a small Brownie camera, date back to the late 1950s. Originally their only purpose was to serve as a reference for his paintings. Christenberry worked in color at a time when it was considered too commercial and artificial compared to black and white. Ahead of his time, in the late fifties and early sixties, he included color in his photographic work. Christenberry consciously used elements of amateur photography (industrial developing, small format typical of family albums, saturated and bright colors) in his work, adopting a pioneer attitude in the field of artistic photography.

The rich history of William Christenberry’s career has been the subject of numerous exhibitions in the most renowned American museums. Still, it was nearly impossible to view his work in Europe. Fundación MAPFRE provided us with the opportunity to enjoy a narrative of the South in which the photographer spoke to us not only about vernacular architecture and landscapes but the >darkest aspects of American history, one marked by fratricidal war, economic inequality and racial strife.