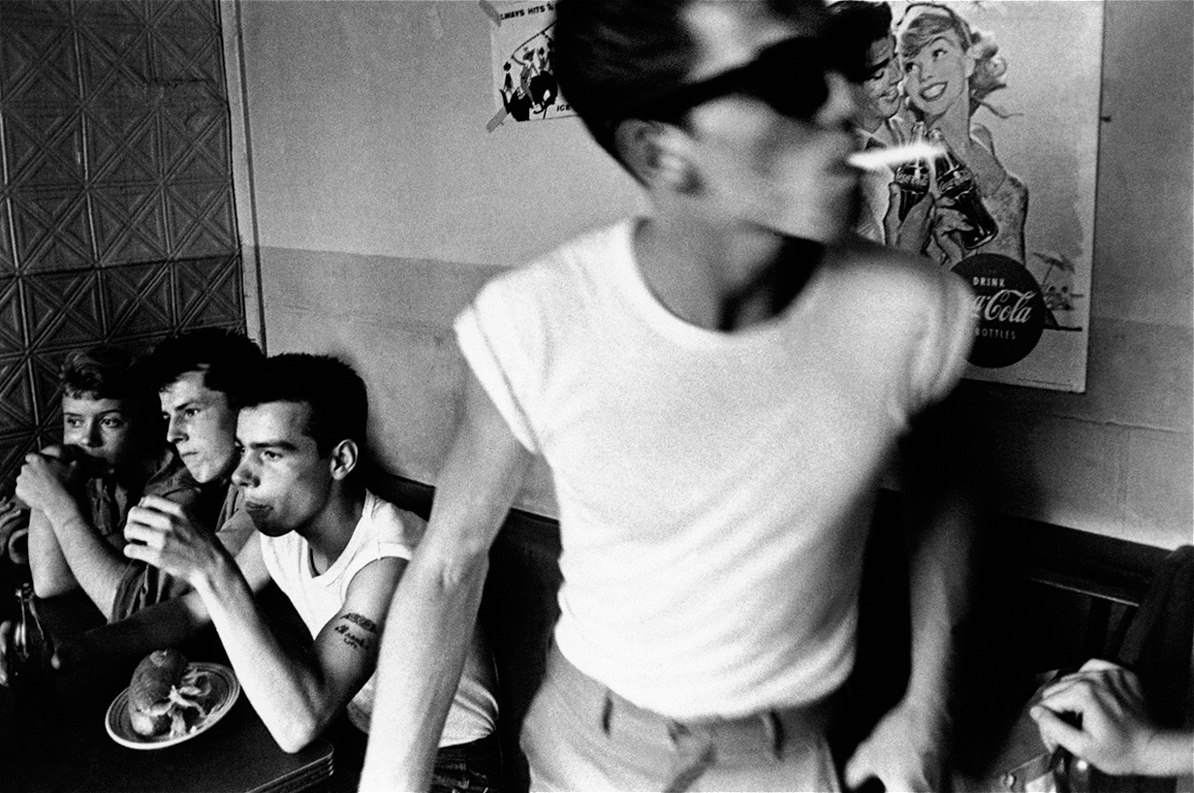 The exhibition recently hosted at the Garriga i Nogués exhibition hall in Barcelona is moving to Madrid from 22 September. The first retrospective of Bruce Davidson in Spain. Davidson is one of the leading exponents of so-called humanist photography and he is a member of the Magnum agency.

The exhibition Bruce Davidson and its international tour, organized by Fundación MAPFRE in collaboration with Magnum Photos, have been made possible by the support of TERRA Foundation for American Art.

Bruce Davidson began his passionate relationship with photography very early, at the age of 10 when his mother built a darkroom in their home and he began to photograph the streets of his neighborhood. From that moment his work would be characterized by a personal vision of reality which is manifested in his art, not only in the individual images, but also in the effect produced by the reiteration, research and study of themes and characters over time. Because of his personal style together with his interest in the struggles and achievements of the people he photographs, his work provides a unique perspective on the development of twentieth century society, especially in the United States.

The exhibition contemplates a journey through the artist’s long career including some of his most famous series, such as Brooklyn Gang, East 100th Street and Time of Change: the Civil Rights Movement as well as his most recent works, Nature of Paris and Nature of Los Angeles.

The Bruce Davidson exhibition and its international itinerary, organized by Fundación MAPFRE in collaboration with Magnum Photos, has been possible thanks to the support of the TERRA Foundation for American Art.

The series shown in the exhibition reveal Bruce Davidson’s humanist view. People are the center of his photography and the artist presents us with a variety of realities in different countries. Social tensions in England, the Welsh miners, the Brooklyn street gangs, the struggle for human rights in the United States and the harshness of life in Harlem are just some of his subjects. His work reflects an ethical commitment to the harsh realities of the precarious and vulnerable environments in which the daily life of the people photographed unfolds.

Bruce Davidson works in series. His works are the result of his commitment, the time spent and living together with the subjects and realities that he photographs. The exhibition includes the most important series in his extensive body of work in chronological order.

The photographer devoted long periods of time, sometimes years, to each series. Each project transcends documentary photography, each photograph has a value as part of the vital sequence the photographer reveals to us.

This exhibition is a unique opportunity to see a graphic document critical to understanding the social struggles and movements in defense of civil rights in North America during the second half of the twentieth century.

The photographer faces up to issues which affect him emotionally, and which enable him to put his humanist ideals into practice, his way of relating to others through photography. He achieves an intimacy that is reflected in every image and gives us a unique and personal perspective.