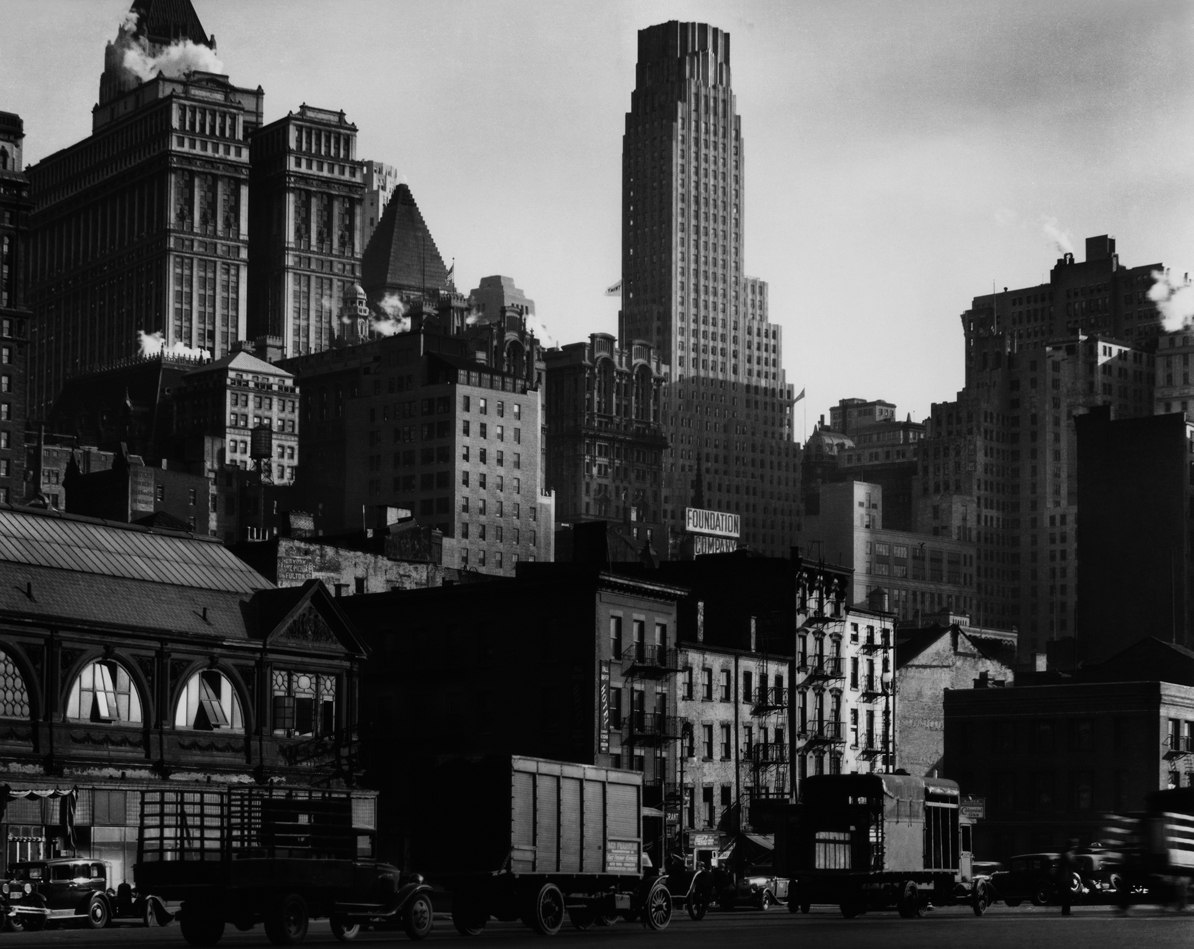 Berenice Abbott
West Street, 1932
International Center of Photography Purchase, with funds provided by the National Endowment for the Arts and the Lois and Bruce Zenkel Purchase Fund, 1983 (388.1983)
© Getty Images/Berenice Abbott

After a stay at our Barcelona exhibition halls, the Berenice Abbott. Portraits of Modernity exhibition arrives in Madrid to showcase the peculiar gaze of this unique artist. With the cities of New York and Paris taking a starring role as well as her portraits of artists and intellectuals of the 1920s and 1930s, Berenice Abbott offers us her personal vision of an era.

Berenice Abbott is more than a photographer, she is the pioneer of a modern and bold way of viewing the world. Her unconventional and extraordinary character is evident in her images and in the Berenice Abbott: A View of the 20th Century documentary made by Kay Weaver and Martha Wheelock in 1992, which is being screened at our Recoletos Exhibition Hall on the occasion of her photography exhibition.

The exhibition has been produced by Fundación MAPFRE and curated by Estrella de Diego, professor of Contemporary Art at the Universidad Complutense of Madrid and member of the San Fernando Royal Academy of Fine Arts. This is the biggest Berenice Abbott retrospective ever organized in Spain, with pieces from some of the most important North American collections. >The New York Public Library, The George Eastman Museum (Rochester, New York), The Howard Greenberg Gallery (New York), The International Center of Photography (New York), the MIT Museum (Cambridge, Massachusetts) and The Museum of the City of New York.

Berenice Abbott. Portraits of modernity offers us a tour of this exceptional American photographer’s world (Springfield, Ohio, 1898 – Monson, Maine, 1991). Through her work, Berenice Abbott opens the door to the beginning of the 20th century for us, offering us her personal depiction of a vibrant time in history.

Abbott’s work reflects her modern vision of an era. Her groundbreaking and bold gaze can be seen in her portraits of the most cutting-edge artists and intellectuals of the moment, through to the breathtaking views of New York City, as well as her scientific-themed photographs in which she captures the results of diverse phenomena and experiments. Together her photographs are an unparalled portrayal of the modernity of the new century.

This exhibition containing almost two hundred of the artist’s photographs is organized into three thematic sections. There are also eleven photographs of Eugène Atget developed by Abbott herself at the end of the 1950s.

A different gaze: Berenice Abbott offers us an off beat look at Paris and New York and demonstrates her superb aesthetic talent through her portrayal of artists and intellectuals of the mid-1950s. Immense technical skills and a modern outlook unite in this exceptional artist’s gaze.

The Big Apple: since Berenice Abbott arrived in New York in 1918 to study sculpture in Greenwich Village, this city formed part of her development as an artist. Seeking to capture the essence of this city and its people, this bold and groundbreaking artist photographed it in a completely new and different way. Through her gaze the city took on a different dimension.

Eugène Atget: Berenice Abbott met Eugène Atget in Paris through Man Ray. This French photographer’s work affected her so much that Abbott purchased his entire personal archives after his death in 1927. For several decades she dedicated herself to promoting him in the United States and became a key figure in determining the critical and historical legacy of this photographer.

Berenice Abbott and science: at the end of the 1950s Abott formed part of the Physical Science Study Committee (PSSC) of the Massachusetts Institute of Technology (MIT). With her vast imagination and creativity, this photographer offers us unexpected solutions and has a way of documenting physical phenomena which somehow transports us to her old pictures of New York.