Boldini and Late 19th Century Spanish Painting. The spirit of an Age 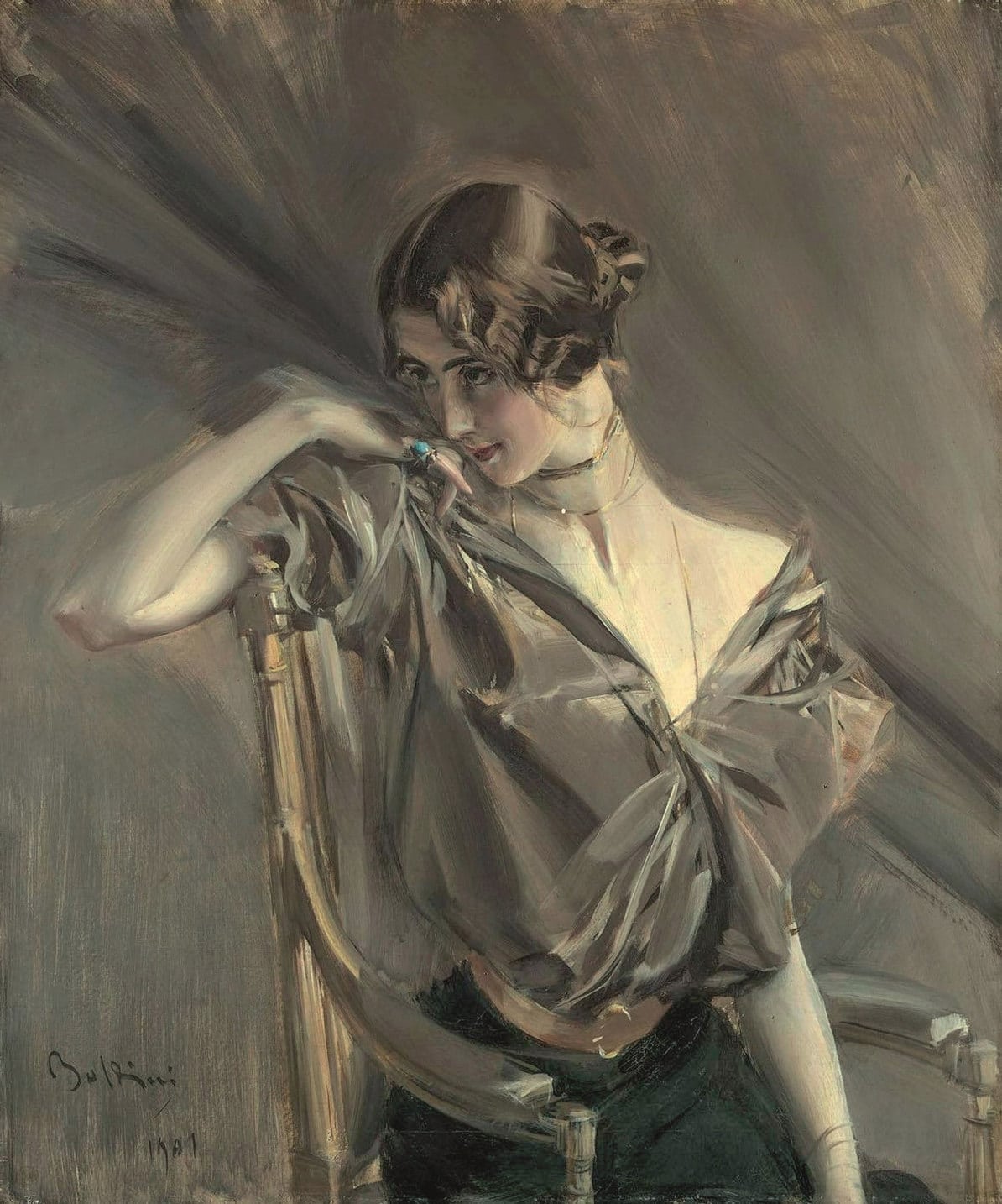 The exhibition we are presenting, displays the work of the painter Giovanni Boldini (Ferrara, 1842 – Paris, 1931) for the first time in Spain. Boldini was one of the most important and prolific of the Italian artists living in Paris during the second half of the 19th century; alongside his body of work we have brought together pieces from some of the Spanish painters also residing in the French capital during the same period. A dialog is established between their paintings and those of this native of Ferrara.

This exhibition, curated by Francesca Dini and Leyre Bozal Chamorro, was produced by Fundación MAPFRE. It was made possible thanks to the extraordinary generosity of numerous institutions and private collections who so kindly loaned their work to us.

Born in Ferrara in 1842, the painter Giovanni Boldini became one of the most important Italian portrait painters at the turn of the century. Settled in Paris since 1871, he was considered one of the foremost painters of Montmartre, the neighborhood which would soon become a popular meeting point for the national and international bohemian lifestyle. Influenced on his arrival in the French capital by the work of Meissioner and Fortuny, whom he did not meet in person owing to the Spaniard’s premature death, Boldini maintained a unique style throughout his life, based on his intuition of a moment and of movement, reflected in his swift brushstrokes which never lost sight of the figure and expression of the person portrayed.

Alongside the work of this painter from Ferrara we have included pieces from some of the Spanish painters living in Paris at that time and whose works held a more or less express dialog with those of Boldini. The influence of Mariano Fortuny and his eighteenth century scenes on Boldini‘s paintings is but one of the many connections they shared, but certainly not the only one: A taste for genre painting featuring charming and anecdotal scenes, an interest in the comings and goings of the modern city, the enjoyment of landscapes and above all their shared ideas regarding the renewal of genre paintings are aspects which united the works of these artists at the turn of the century.

Halfway between tradition and innovation, the 124 works selected for the exhibition unerringly convey the spirit of an age.

The spirit of an age: the past is not lost to us, it is a time we can recover through literature and art. This is what Marcel Proust points out to us in Time Regained, the last volume of In Search of Lost Time. This is also revealed in the paintings exhibited together here. The works of Giovanni Boldini together with pieces by Mariano Fortuny, Eduardo Zamacois and Raimundo de Madrazo, to name but a few, express times «gone by» but which, neverless, seems very familiar to us, perhaps because rather than being merely a «specific circumstance», they in fact reflect the spirit of an entire era.

Boldini and the influence of Mariano Fortuny and Marsal: on his arrival in Paris in 1871, having worked together with the Macchiaioli in his first Florentine years, Boldini dedicates himself to «fashionable paintings», which, inspired by Fortuny, delight collectors and merchants. These are either medium-sized or small paintings often conveying the spirit of the eighteenth century by narrating simple and anecdotal stories easily digestible to the public, who were avid collectors of these works of art. Raimundo de Madrazo places Paris at the center of these scenes following Fortuny’s departure to Rome and Boldini soon enters into contact with the Spanish painter and his circle, as can be appreciated in The red shawl, by Boldini himself, or in some of the street scenes by the Catalan Román Ribera, which have recently been confused with those of the Italian painter.

The Spanish painters settled in Paris: during the 1860s and 1870s, Paris begins to supplant Rome’s importance as «the capital of art». Spanish painters seeking to emulate the academic painters arrive in the capital with the intention of joining the École des Beaux-Arts and with the hope of one day seeing their work on display in the official Salon, like those of their masters. Raimundo de Madrazo settled in the French capital in 1855 and Eduardo Zamacois did the same in 1860. Both Zamacois and Mariano Fortuny are known for their small, precisely painted works, called tableautins, which were greatly loved by the middle classes. The Spanish painters were more than happy to satisfy these bourgeois tastes. The subject matters for these small works come largely from Meissonier, of whom Zamacois was his disciple, as well as from Dutch and Flemish 17th century painting.

A portrait of the Belle Époque: together with John Singer Sargent, James Abbott McNeill Whistler and the younger Joaquín Sorolla and Ignacio Zuloaga, Giovanni Boldini earned a name for himself as one of the most important «society portrait painters». All of the artists who specialized in what is known as «elegant portraiture» shared the same ideas regarding the renewal of the genre: the need to do away with stereotypical representations («court portraits») in order to give rise to spontaneity, the idea of movement and a psychological understanding of the person portrayed. We find these same traits in portraits such as La Parisienne by Ramón Casas, Clotilde García del Castillo by Joaquín Sorolla and Boldini’s portrait of the painter Whistler, to name a few examples. Although it is the Italian painter’s portrait of the dancer Cleo de Merode, with much freer and dynamic brushstrokes, that best demonstrates the modernization of a genre which was inextricably linked to the past by its very nature. Boldini, together with the other painters cited above, created a series of portraits halfway between tradition and innovation which unerringly conveyed the spirit of a fashionable society and of a decadent world which would come to an end with the onset of the First World War.