Adolf Mas. The Eyes of Barcelona 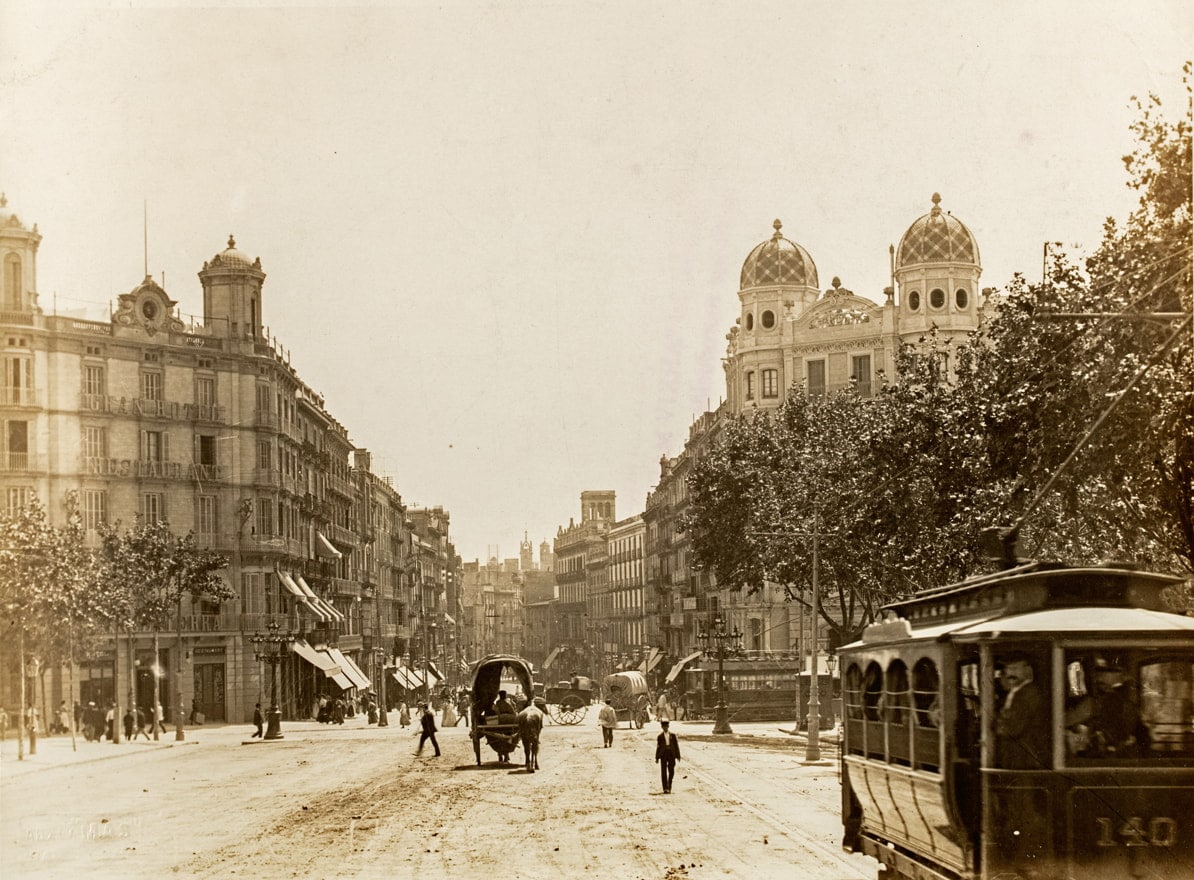 Born in Solsona (Lérida) on September 28, 1860, Adolf Mas moved to Barcelona shortly before 1890. He left his hometown and a job as a solicitor for an uncertain future in the big city and initially made a niche for himself in the textile industry. A few years later he frequented the local Els Quatre Gats, where he established relationships with intellectuals and artists of the time. After his training as a photographer, in 1901 he founded his first establishment selling photographic material, which would become, a few years later, the “Estudio de Fotografía A. Mas”, the predecessor of “Archivo Mas”.

Mas established himself as the photographer of reference for architects such as Josep Puig i Cadafalch, who hired him to photograph their buildings as an inventory. The author produced a wide range of reports, most notably images of the Sagrada Familia.

A pioneer of photojournalism in Catalonia at the beginning of the 20TH century, his commissioned portraits for illustrated magazines are an extraordinary record of the intellectual circles of the time. From 1910 onwards, his production focused on recording artistic and monumental heritage, especially after being commissioned to compile an iconographic catalogue of Spain in 1915. His work therefore focused on the administration of a powerful archival structure for public consultation which, in 1936, the year of his death, contained approximately 100,000 negatives.

The exhibition Adolf Mas. Los ojos de Barcelona traces the work of this key figure in Catalan noucentista photography, through 200 photographs and diverse documentary material, divided into four thematic sections that deal with the central aspects of his career.

The central core of the exhibition features the photographs taken by the author in the context of Barcelona. Adolf Mas captures the architectural, social and cultural changes of the city in images that interweave a documentary record with the aesthetic lines of contemporary European artistic tendencies: a Barcelona of contrasts, stratified between the barraca shacks in the suburbs and the mansions of the Eixample, between the luxurious cafés in the center for the pleasure of the bourgeoisie and the shantytowns built by beggars in Barceloneta.

The exhibition is part of the program that Fundación MAPFRE has initiated in Barcelona in collaboration with Catalan institutions that house a rich photographic heritage. On this occasion, the exhibition has been organized in collaboration with the Fundació Institut Amatller d’Art Hispànic. We have also benefited from the generosity of the Diputació de Barcelona. Arxiu General; Biblioteca de Catalunya. Barcelona; the Arxiu Històric de la Ciutat de Barcelona; the Arxiu Fotogràfic de Barcelona. Barcelona City Hall; the MAE-Institut del Teatre; and the Familia Pasans Bertolin private collection, who have altruistically lent their works.

Archivo Mas: created by Adolf Mas in 1900 for the purpose of inventorying the iconographic catalog of Catalonia and, subsequently, the whole of Spain, this is the most important photographic archive in Europe on Spanish heritage. A monumental work developed over more than thirty years in which an avant-garde idea, conceived originally for commercial purposes, materialized without losing sight of the importance of documenting and disseminating a shared cultural heritage. After the Spanish Civil War, the Archivo Mas was acquired by Teresa Amatller in 1941, and is now part of the holdings of the Institut Amatller d’Art Hispànic.

Els Quatre Gats: on June 12, 1897, Els Quatre Gats, designed by a young Josep Puig i Cadafalch, opened its doors on the first floor of the Casa Martí on Carrer Montsió in Barcelona. A famous café that was modeled after Le Chat Noir in Paris, as intended by its founders: Ramon Casas, Pere Romeu, Santiago Rusiñol and Miquel Utrillo. Over the six year period that it was active, the celebrated café was a landmark in Catalan modernism. A catalyst of ideas and trends in Barcelona’s artistic and intellectual scene, the place was frequented by figures such as Antoni Gaudí, Isidre Nonell and Pablo Picasso. Adolf Mas documented its interior from 1900 onwards and forged important links with the artists associated with the establishment, in particular with Ramon Casas, whose friendship would continue over the years.

Artistic competition on old Barcelona: in 1908, the construction of the future Via Laietana, foreseen by the great urban reform implemented by the “Pla Cerdà” plan, led to the demolition of a densely populated area in Barcelona’s old town. The city council, at the request of the Barcelona artists’ union, organized a competition to document the architectural heritage destined to be torn down. The initiative was very successful and 38 series of drawings and photographs were submitted. Adolf Mas was one of the most decorated artists. His images, reminiscent of Eugène Atget’s photographs of Old Paris, show the presence of people who humanize the architectural vistas, in a clear attempt to dignify the history of those buildings, as well as their inhabitants, in the face of their imminent disappearance.

Photographs of spectacle: within the framework of his activity as a portraitist, Mas developed a range of works specifically linked to the show business sector. Examples of this activity include the reports made between 1914 and 1915 dedicated to two iconic figures of the time: the dancer Tórtola Valencia (1882-1955) and the soprano María Barrientos (1884-1946). The spectacular nature of the images in these series, in which technical execution and the charisma of the artists themselves are undoubtedly fundamental, is highlighted by a striking chromaticism that references an interest in the exotic.

See all the Exhibitions of 2022
You may also like