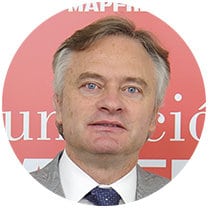 Main positions:
First Vice Chairman of the Board of Directors of MAPFRE and its Steering Committee.
First Vice President of Fundación MAPFRE.

Board director category:
Executive Board Director.