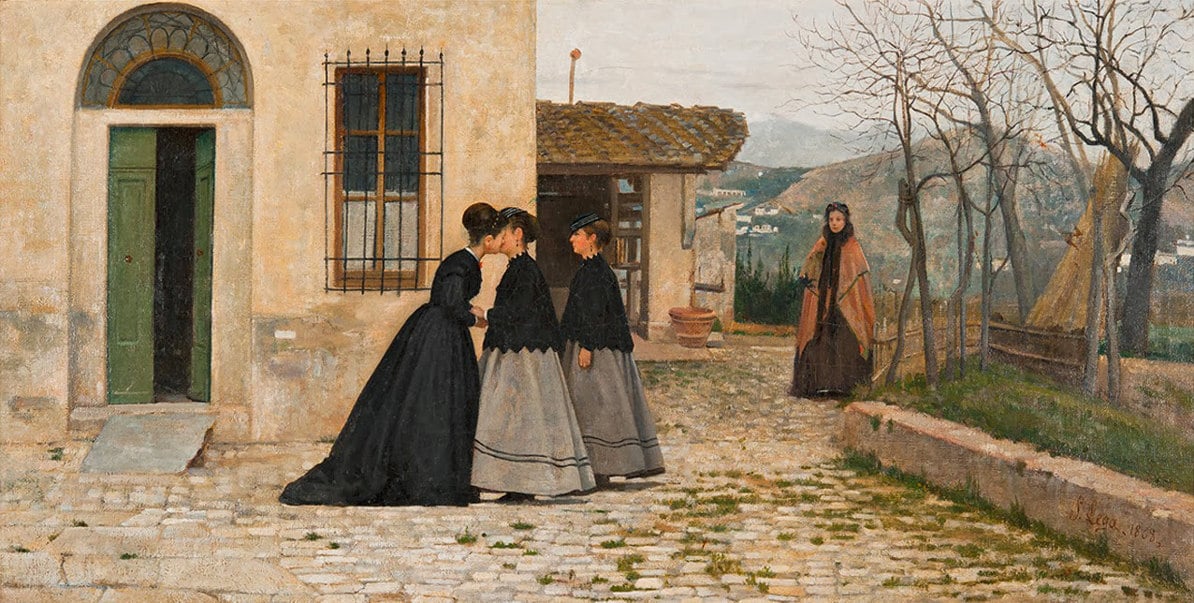 United by artistic and political affinities, the Macchiaioli favored brevity, mass and relief above the descriptive meticulousness characteristic of prior Romantic painting. This exhibition presented their proposal for a new kind of art.

The exhibition, the first in Spain to focus on the Macchiaioli, introduced us to one of the most dazzling chapters in the modernization of European painting, an artistic moment that was a preamble to many of the assumptions later expressed by the Impressionists.

Like the Impressionists, the Macchiaioli were deeply interested in new research into color and optics. Through light and color, the Impressionists created a new way of seeing reality. The Macchiaioli, however, “simplified” the traditional vision, eliminating, through the same values, common scenery perspectives and returning to the formulations of the 15th century.

The definition of their compositions through patches of color earned these painters the pejorative name Macchiaioli (“patch-makers”) from an anonymous critic. In 1862, Signorini adopted this name for the group, thus establishing a clear parallel with the term “Impressionism”, coined ironically by the journalist Louis Leroy in 1874 and taken up by Monet and his friends.

The paintings of the Macchiaoli, small in terms of format but monumental in their conception, communicated an honest and innovative vision of the Tuscan landscape, with strong contrasts of light captured through the juxtaposition of patches of color. Among their main proponents were Giovanni Fattori, Silvestro Lega, Telemaco Signorini, Giuseppe Abbati, Giovanni Boldini and Odoardo Borrani, all joined under the umbrella of critic and patron Diego Martelli.