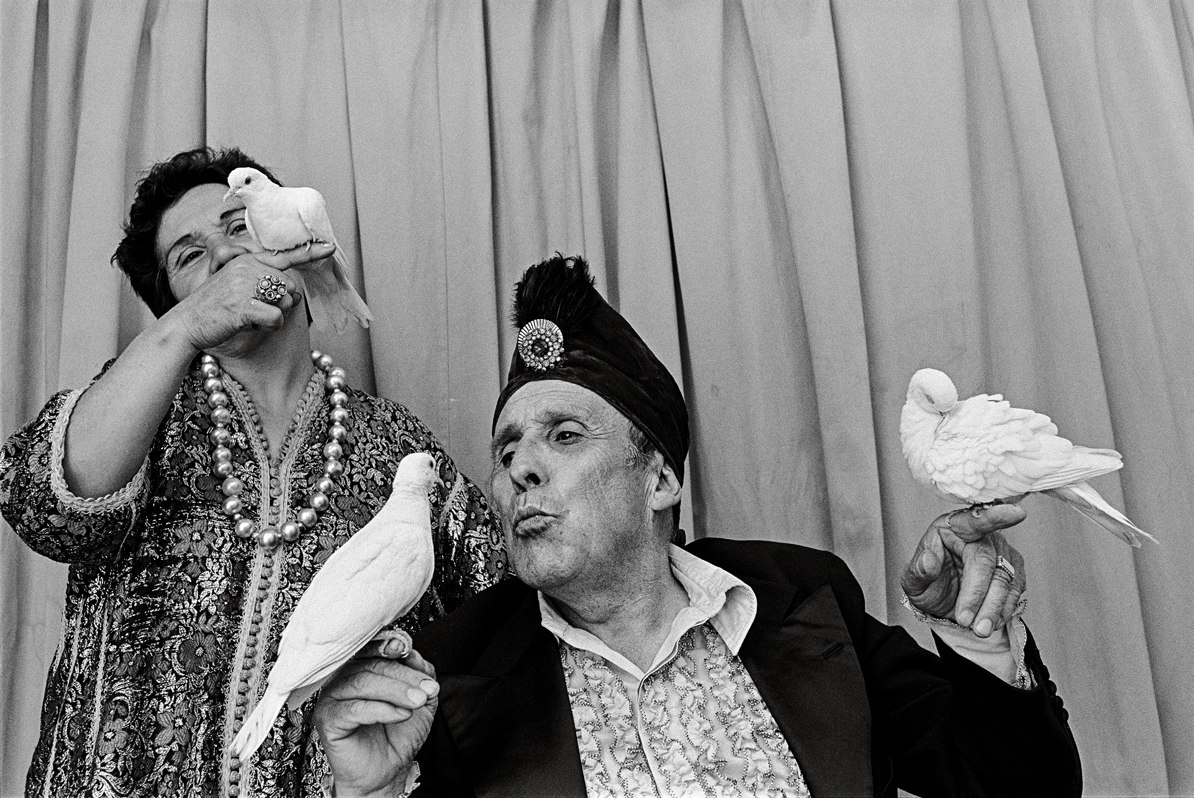 Paz Errázuriz
Mago Karman from the El circo (the circus) series, 1988
© Courtesy of the artist

This exhibition, the first major retrospective of Paz Errázuriz’s work, introduced us to the key series that comprised the artist’s work, through which she explores diverse social themes, almost always in black and white, using her photographs as a way of revealing the more harsh and decadent side of Chilean society.

The exhibition brought together over 170 works (photography and videos) and documents that  chronologically and thematically covered her unconventional career path. A self-taught photographer, Errázuriz threw herself into technical photography with no references or role models, moved by a pressing need to explore human realities on the fringes of hegemonic representations. As she advanced on her path, the documentary photography she created was undoubtedly the outcome of an unusual working method based on cohabitation with the people she was photographing and through the trust generated by human contact and time spent together, holding one another in mutual respect.

Chile, with its ever-changing diversity, is the land unmistakably observed, analyzed and photographed by Paz Errázuriz and her work continually makes reference to the political and social context of the country.

The photographer began her career in the difficult and uncertain 1970s, in a Chile marked by the advent of the Pinochet dictatorship and severe repression. After a failed coup and with the brutal establishment of the dictatorship, she sought to find answers on the streets to the deafening silence.  She found the answer over the years in her black and white images of the faces of individuals that did not fit into the traditional behavioral norms: marginalized people sleeping rough, men and women held in psychiatric hospitals, members of poor circuses, transvestites persecuted by the police. Her work quickly began to focus on marginalized people and environments that did not follow social conventions, often in their own spaces or in confined areas.

Through her photography, Paz Errázuriz builds her images with subjects who were dignified and at ease. This is certainly down to her way of working based on living with the people she portrayed and thereby creating the necessary climate of trust and respect in order to recognize the dignity residing in them.