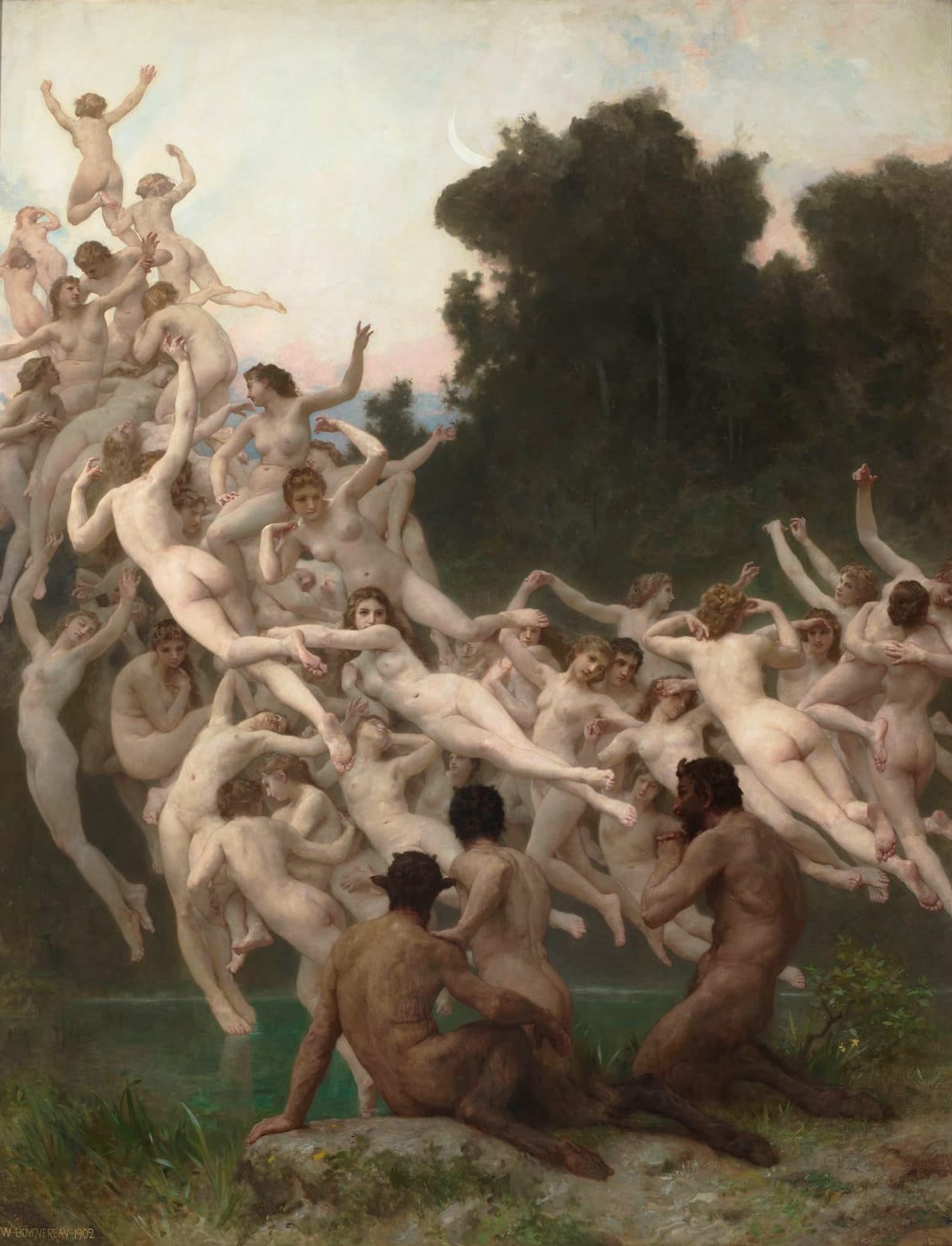 This exhibition displayed a selection of the major works of academic painters of the Paris salons of the 19th century, exhibited together for the first time, on loan from the Musée d’Orsay, in order to showcase how this splendid and refined painting style, based on the traditions of the Old Masters, represents one of the most dazzling chapters in the history of art.

This magnificent exhibition brought together the masterpieces of the academic painters of the Paris salons of the 19th century. This type of splendid, refined painting represents one of the most impressive chapters in the history of art.

The exhibition featured paintings from the Musée d’Orsay collections, who generously and exceptionally loaned more than 80 works from the main academic artists who exhibited their work in the Salon such as Ingres, Gérôme, Cabanel, Bouguereau, Laurens, Henner, Meissonier and Baudry, but also other painters who, although not usually classified as academic painters, formed part of the exhibits of the Salon, and were inspired by traditional art to explore new horizons, such as Alma-Tadema, Gustave Moreau, Puvis de Chavannes and Courbet.

What is understood to be academic painting encompasses a range of artists who sought to find different ways of modernizing a tradition based on a shared belief in an ideal of eternal beauty,  which found its perfect expression in Greek sculpture. This was all taking place at a time in which the world was undergoing profound transformation as a result of the successivepolitical, economic and social revolutions of the 19th century , at a time when archaeological developments had revealed a heterogeneous and ever-shifting antiquity and a world in which the prevailing aesthetic and moral norms imposed since neoclassicism were coming to an end.

Towards the middle of the 19th century the French Academy of Fine Arts was slowly becoming a public institution, reliant on eminently bourgeois powers. The Salon, dependent on the Academy and having arisen out of the exhibition held in 1763 in the Louvre’s Salon Carré, from where it got its name, became an increasingly more open institution and started to spread its tastes and fashions, and had a huge influence on French culture and on the rest of Europe.

The artists and intellectuals of the age were acutely aware of the unease created by the modern world, positivism and industrialization (Baudelaire’s spleen), a confusing and constantly changing world that was losing the great unshakable convictions of the past. All these concerns were addressed by harking back to the past but also to the exotic and the distant , thus creating a compromise between tradition and the need for new models capable of evolving in a constantly changing society.

See all the Exhibitions of 2015