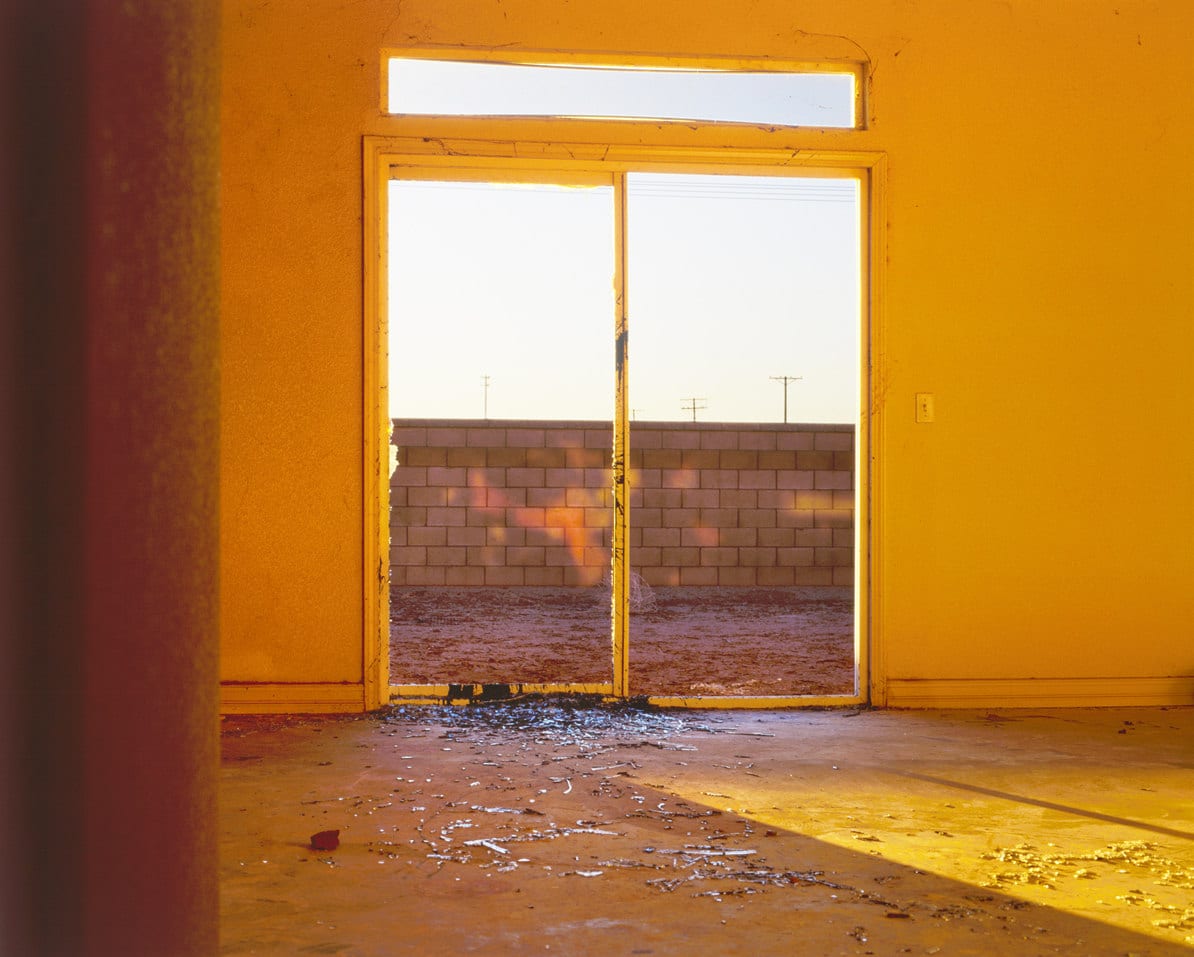 Subversive, reflective and socially aware, the North American photographer Anthony Hernandez has spent over forty-five years developing a very personal photographic style based around the universe of his home city of Los Angeles, reflecting its stark beauty and its growing sprawl of asphalt and cement.

This exhibition, the first retrospective in Spain of his work, provides an unusually broad range of photographs linked together by their captivating formal beauty and their understated commitment to contemporary social issues.

The show, organized by the San Francisco Museum of Modern Art, can be enjoyed at our Fundación MAPFRE Bárbara de Braganza Exhibition Hall in Madrid until 12 May.

Anthony Hernandez has been organized by the San Francisco Museum of Modern Art in collaboration with Fundación MAPFRE and curated by Erin O’Toole.

Hernandez was born in Los Angeles in 1947, the son of Mexican immigrants. Without specific photographic training or further education, his career began in the streets of his home city at the end of the 1960s. After his beginnings which followed the great American tradition of street photography, his work rapidly evolved towards an approach that used different techniques and aesthetics.

In his early career he used black and white photography, concentrating on the human figure. He switched from 35 mm to large format and from 1984 he turned to color photography, excluding people from his images to the extent of capturing details that verged on the abstract. His work on various series, which can span several years, maintain their consistency thanks to an artistic vision that is hard and direct, yet full of formal beauty. Today, Hernandez maintains his interest in things and places that don’t initially appear to be suitable as subjects for photography.

In his photos of Los Angeles, Hernandez avoids any overt form of cliché, using his camera to capture anonymous citizens going about their business, waiting for buses or engaged in simple pleasures designed to help cope with their daily lives. Neither does the photographer shirk from more distressing issues such as homelessness, evictions and those affected by economic crises. However, his images go far beyond mere social documentation, in that all his work reaffirms his interest in formal beauty and composition.

One of the great achievements of Hernandez’s subversive and reflective photography is that it helps us to view the places and people that surround us in a different way, as well as the consequences of the way in which we represent them. These days, as an acclaimed artist, he continues to work away tenaciously between Idaho and his irreplaceable Los Angeles.

Influences: during the fourteen months that he was posted in Vietnam, his aunt used to send him copies of the magazine Artforum, a publication that provided his only artistic training before committing himself to photography. He returned home with the idea of being a photographer and created his first series influenced by Edward Weston.

Hernandez became consciously involved in the American tradition of street photography, defined by photographers such as Robert Frank and Garry Winogrand, who he met personally on his first visit to New York, and also Lee Friedlander. His friendship with Lewis Baltz had a marked influence on his career.

Locations: Los Angeles and its surroundings have been, and continue to be, his best-known context and the territory for a large proportion of his output; but Hernandez has also photographed other US cities such as Oakland and East Baltimore and European capitals such as London Rome and Madrid.

The objective: The photography of Anthony Hernandez has evolved significantly over the course of is career, although he has been able to maintain consistency despite working on series that are very different from each other. The connecting link between them all is found in his social conscience that he has maintained in all of his work and in his artistic vision, which is direct, free of visual trickery and intentionally “hard”, as he himself has put on record.

Reaffirmation: Despite drastic changes over the course of his career, Hernandez is still considered as a street photographer who sets out without a preconceived idea of what he will find and who chooses the places in which to spend time searching. Interestingly, he enjoys this process of discovery and sees photography and a means of experiencing as a means of understanding the world around him.