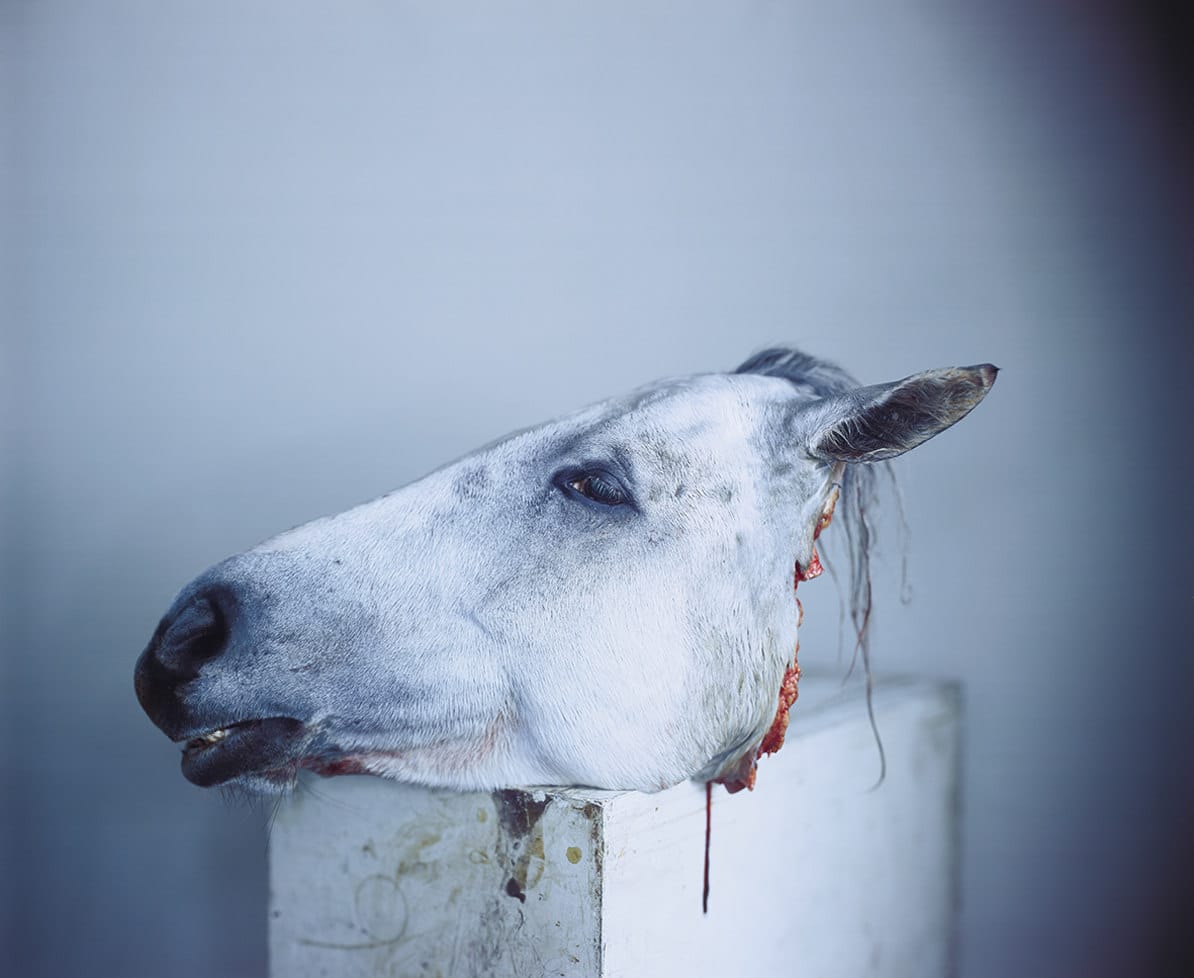 Richard Learoyd is one of the great contemporary photographers of our times. There are certain hallmarks to his work that make it truly stand out. He takes photographs with his own homemade large format camera obscura. Much of his work is of men and women appearing lost in thought yet exuding a notable strength. He provides no context for these figures that appear suspended in space with no reference to time or place and which demand our utmost concentration. Learoyd also focuses his attention on landscapes and still lifes within these same parameters, with a distinctive gaze, often the result of the artisanal process that each of his works involves. Sobriety and intensity go hand in hand in his work.

This exhibition organized by Fundación MAPFRE and curated by Sandra Phillips presents Richard Learoyd at the height of his career, through a selection of 51 works in color and black and white that reveal his best work spanning over a decade. The exhibition also includes one of the landscapes taken in Spain (in Lanzarote), commissioned by Fundación MAPFRE and which is included in the Foundation’s Photography Collection, which now includes two more of the artist’s pieces.

After passing through our exhibition hall in Barcelona and the Fotomuseum Den Haag in The Hague, the exhibition arrives in Madrid where it can be visited until May 24, 2020.

The English artist Richard Learoyd has spent roughly the last twenty years taking photographs with his camera obscura: a huge studio camera he designed himself, based on antiquarian optical principles. This instrument has enabled him to take singularly captivating photographs. The sitters in his photographs appear to inhabit some other intensely psychological and private world. Even the often rather unusual objects that he chooses for his still lifes possess an exceptional beauty and stillness.

Learoyd recently expanded his technological horizons by designing a camera that he can take outside with him in order to produce a limited number of prints. Learoyd has photographed well known places such as the Yosemite Valley in California as well as less well known parts of Eastern Europe. These new images appear to reflect on the situation of a modern world that is both overwhelmingly beautiful and potentially destructive.

His work has recently been on exhibit at the Victoria & Albert Museum in London (2015) and the J. Paul Getty Museum in Los Angeles (2016). His photographs feature in the collections of some of the most important museums in the world, such as the Metropolitan Museum of Art in New York, the Centre Pompidou in Paris, the Victoria & Albert Museum and the Tate in London, the San Francisco Museum of Modern Art, the Nelson-Atkins Museum of Art in Kansas City (Missouri) and the National Gallery of Canada in Ottawa, as well as in other important institutions and in several private collections. Richard Learoyd’s work featured at the McKee Gallery in New York until its closure in 2016. His work is currently on view at the Fraenkel Gallery in San Francisco.

Camera Obscura: Richard Learoyd uses an artisanal process involving a camera obscura to take his photographs: this is a large studio camera he designed himself, based on antiquarian optical principles. With this camera, the people he photographs, their poses and the expression with which they look at the camera all evoke a sense of timelessness and of existing in a suspended space that begs comprehension. Time appears to stand still and we are given this moment in time to decipher the person we are observing.

Unique works: Learoyd composes the image within his huge studio camera, he positions a photographic sheet the same size as the machine itself at the back of the camera and produces a single copy. Despite its complexity, this technology enables him to produce signature works which have unusual qualities of light and color. Nothing about these photographs is coincidental.

Photography and painting: Learoyd’s work is rooted in the past and makes multiple references to the history of painting, both in terms of his themes and the technique he employs. The influence Ingres and the great masters of the Renaissance have had on Learoyd is clearly discernible in his work. Despite the fact that Learoyd’s photographs establish a dialog with the works >of the English Pre-Raphaelites, it is the Victorian photographer Julia Margaret Cameron who proves to be of particular interest to him.

Still lifes: Learoyd is particularly interested in setting up still lifes, although his images are radically different to many of the classic expressions of this genre throughout art history. Still lifes have traditionally required little emotional engagement by the viewer. Learoyd has reinvented the notion of «still life» by lending special emphasis to the meaning of the term: these are photographs of lives that have been stilled.