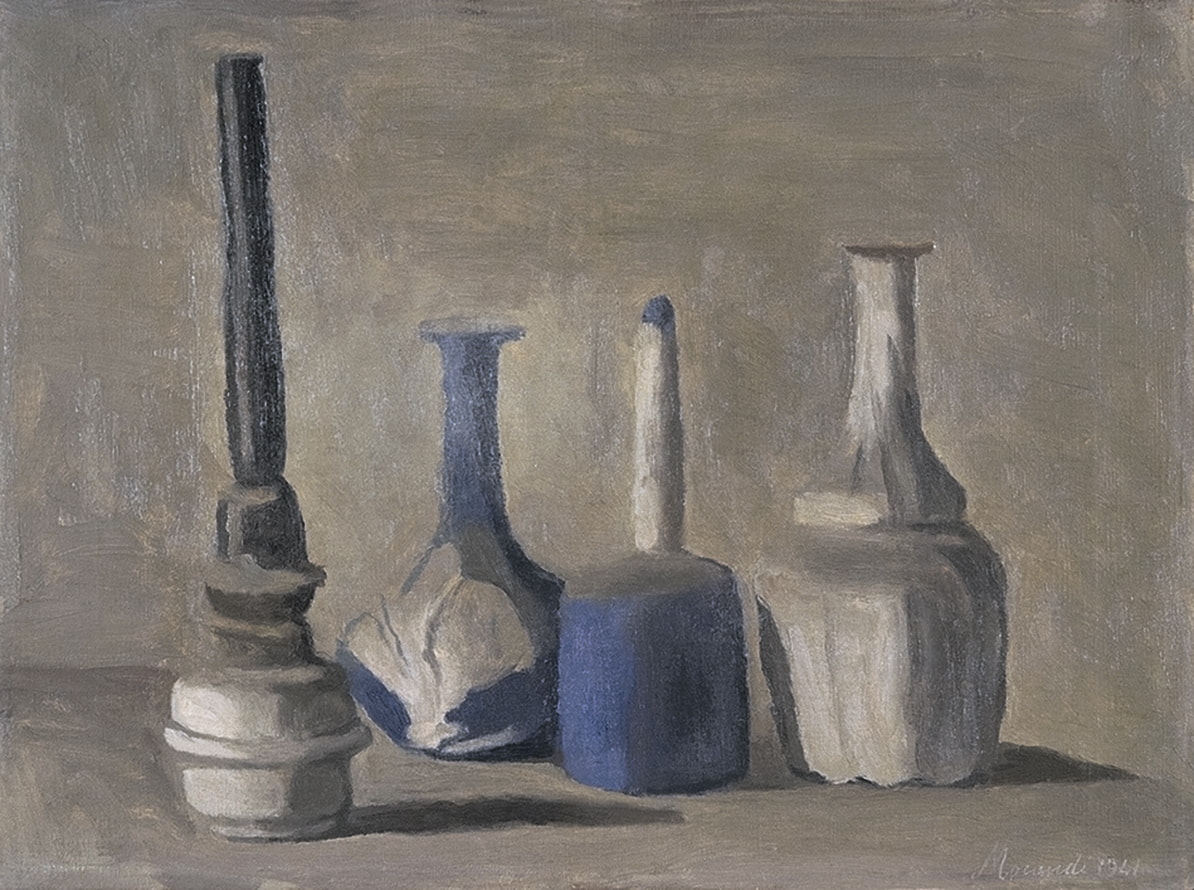 Morandi. Infinite Resonance is a retrospective exhibition of Giorgio Morandi’s work (Bologna, 1890-1964), one of the most significant and unclassifiable artists in the history of twentieth century art. The Italian painter barely traveled outside Italy and spent almost his entire life in his home and studio on Via Fondazza on Bologna. Here he engaged in creating work in which everyday objects, flowers and landscapes became the protagonists, with the intention of producing, as noted by Ardengo Soffici, “a harmonious composition of colors, shapes and volumes that exclusively obeyed the rules of unity, like the beauty of consensus.”

Fundación MAPFRE organizes exhibitions that focus on the period between the late nineteenth and mid-twentieth century, helping us to unravel the paths that lead to contemporary artistic creation. In the field of Italian art, an exhibition was held in 2019 entitled Boldini and Spanish Painting in the Late Nineteenth Century. The Spirit of an Era, following on from a series of exhibitions on the movements that defined the evolution of art in Italy: Macchiaioli. Impressionist Realism in Italy (2013), followed by From Divisionism to Futurism. Italian Art and Modernity (2016) and Return to Beauty. Italian Masterpieces from Between the Wars (2017).

After these precedents, in 2021 the Foundation turned its attention to the ‘master of masters’: painter Giorgio Morandi, whose poetry proved to be among the most challenging and transcendental in the history of twentieth century art.

The exhibition provides a comprehensive overview of Morandi’s output in seven sections that address all the themes the artist loved, primarily still lifes, landscapes, and vases of flowers. The earlier part of the exhibition features the paintings Self-Portrait and Bathers, two of the few examples of human representation in his work. In addition, throughout the exhibition visitors will find a selection of works by other contemporary artists who managed to establish a dialogue with the language of the Italian artist in different media (mainly photography, painting, sculpture and ceramics). Notable among these artists are Tony Cragg, Tacita Dean, Joel Meyerowitz, Luigi Ontani, Rachel Whiteread, Edmund de Waal, Alfredo Alcaín and Gerardo Rueda, to name but a few.

Metaphysical painting: at the end of the First World War, Morandi’s interests turned to the so-called ‘metaphysical painting’, which he read about in the magazine Valori Plastici (1918-1921), by Mario Broglio. This movement started with the aim of overcoming futurism and embracing a type of art that was more in line with the new realism painting of the return to order.

After working for a few months with Giorgio de Chirico and Carlo Carrà, the founders of this pictorial movement, Morandi’s works became filled with the mannequins, spheres and geometric elements typical of this new trend, whose works are characterized by a sense of estrangement, as if what they represented were beyond reality.

Still lifes and floral motifs: after definitively abandoning all kinds of trends or fashions and distancing himself from avant-garde movements, Morandi found in the objects that surrounded him the common thread of a consistent poetry, seemingly immobile and always true to itself, yet actually traversed by tiny variations depending on the color palette he used and the changing light of the setting.

The bottles, jugs, vases and flowers proved to be fertile ground in which to develop a language that sought a direct relationship with reality. In Morandi’s work, it seems that the objects themselves speak the language of painting.

Landscapes: along with still life, landscape was the other genre that Morandi resorted to the most in his patient investigation of limited themes. The painter almost always repeated the same scenes: the surroundings of his summer house in Grizzana or the courtyard he could see through the window of his home in Bologna. These are austere compositions, devoted to naturalism and highly structured, a trait he inherited from Cézanne. Painting indoors, he often used a telescope or a window that served as a frame for the canvas itself, in a tradition that dates back to the Renaissance period, something that makes the Bologna-based painter a faithful continuum of humanism.

Dialogue with contemporary artists: today, art critics and historians agree that Morandi’s legacy has become a touchstone for contemporary art. His influence extends to a wide range of artists with differing sensibilities who, each using his or her own technique and medium, have managed to interpret his expressive repertoire to find in his language their own answers to the questions of our time. There are numerous artists, writers and filmmakers who, from different physical and conceptual locations, continue to establish a dialogue with the ‘soul’ of Morandi’s production. This exhibition highlights this relationship through the works of around twenty creators: Alfredo Alcaín, Juan José Aquerreta, Carlo Benvenuto, Dis Berlin, Bertozzi & Casoni, Lawrence Carroll, Tony Cragg, Tacita Dean, Ada Duker, Andrea Facco, Alexandre Hollan, Joel Meyerowitz, Luigi Ontani, Gerardo Rueda, Alessandro Taiana, Riccardo Taiana, Franco Vimercati, Edmund de Waal, Catherine Wagner and Rachel Whiteread.

The Morandi exhibition. Resonancia infinita (Infinite Resonance) is an extensive retrospective survey of the work of Giorgio Morandi, one of the most significant and unclassifiable artists in the history of 20th century art, covering the artist’s favourite themes, mainly still lifes, landscapes and vases with flowers.

So that you can prepare your visit to the exhibition or even enjoy Morandi’s work from your sofa, we are offering you this virtual tour.

The exhibition Morandi. Infinite resonance is accompanied by a two-volume catalogue. The first focuses on the work of Giorgio Morandi and the second is devoted to the echoes of his art in contemporary creation. Both reproduce all the works on display.

Volume I, in Spanish and Catalan, includes an essay by Daniela Ferrari and a biography of the artist by Beatrice Avanzi, both curators at the Museo di Arte Moderna e Contemporanea di Trento e Rovereto (MART) and the curators of this exhibition. It also features a text by the writer and philosopher Andrea Pinotti, professor of aesthetics at the Università degli Studi in Milan, and a biography of Morandi by Lorenza Selleri, curator of the Museo Morandi in Bologna.

Volume II, in Spanish, includes the work of the contemporary creators and an essay by Alessia Massi, curator of the Museo Morandi in Bologna and academic advisor for the selection of works by these artists.