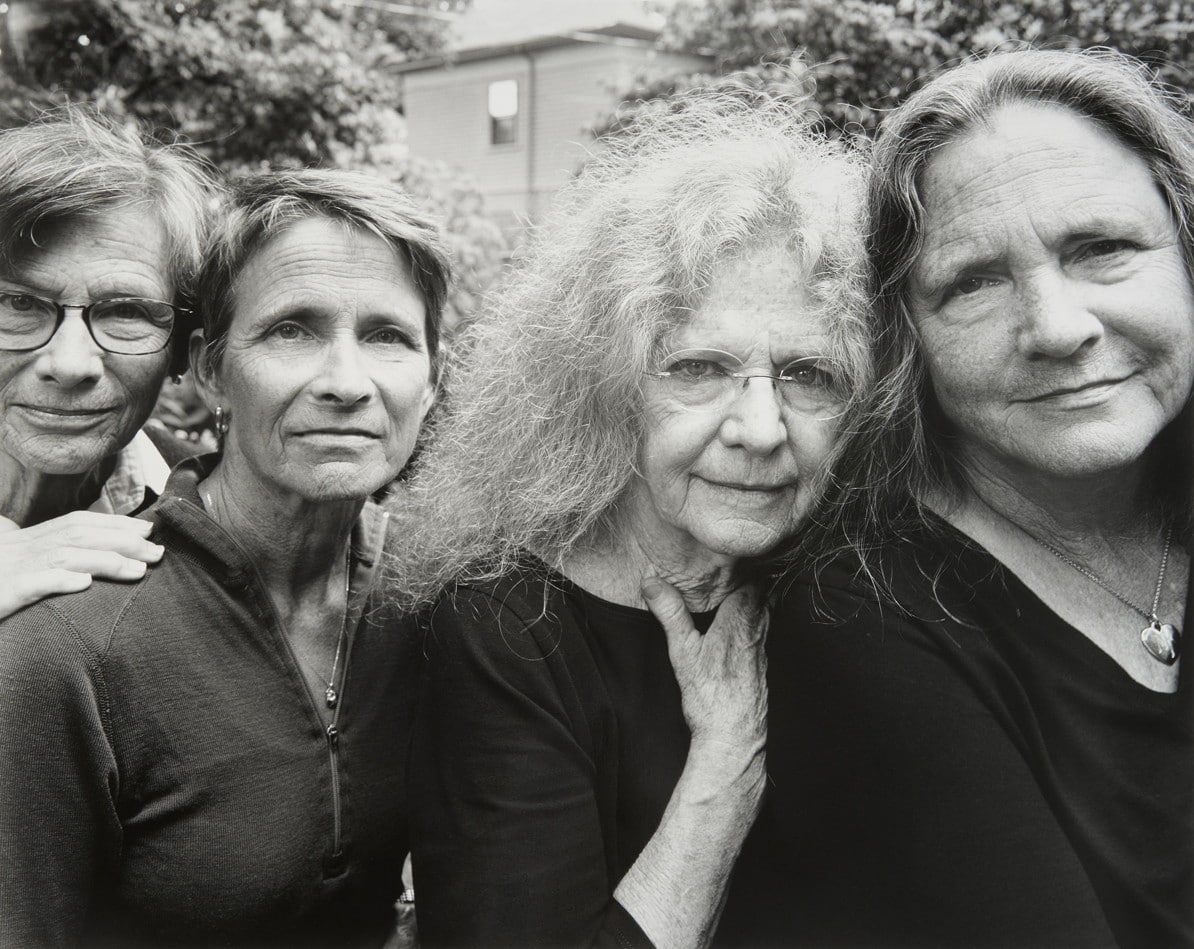 Nicholas Nixon (Detroit, Michigan, 1947) has occupied a prominent and singular place in the history of photography of recent decades, combining his personal activity as a photographer with that of professor of this discipline at the Massachusetts College of Art in Boston until 2017. His works have been exhibited in some of the most important institutions around the world, such as the Art Institute of Chicago (1985), the MoMA in New York (1988), the Musée d’Art Moderne in Paris (1995) or the headquarters of Fundación MAPFRE in Madrid (2017).

The Brown Sisters, the star series of this exhibition, was acquired by Fundación MAPFRE in 2007 marking the beginning of our photography collection. Made up of portraits of the photographer’s wife, Beverly Brown (Bebe), and her three sisters, taken each year since 1975, this series is one of the most compelling investigations of portraiture and time in contemporary photography.

The exhibition on the sisters’ series presented at the Espai 2 of the Fundación MAPFRE KBr center in Barcelona, gathers for the first time worldwide the forty-five photographs of the series to date, including the last one, taken in the fall of 2020.

Almost half a century has passed since the artist began this series, which continues to be one of the most significant works of contemporary photography, and as such forms part of the collections of renowned international institutions, such as the Museum of Modern Art (MoMA) in New York, where it is presented in the permanent collection; the National Gallery of Art in Washington; the Museum of Fine Arts in Houston (Texas); the Fogg Art Museum in Cambridge (Massachusetts), or the Maison Européenne de la Photographie in Paris.

Nicholas Nixon: known for the intimacy and complicity conveyed by his black and white photographs, began portraying people on the porches of their homes. After settling in Boston in 1974, the city and its surroundings came to play a main role in his scenes. In 1983 he began to take portraits of elderly people in residential homes, a work that would continue over the years and which is related to another well-known work of his, People with AIDS (1988) -later collected in book format-, as well as to the project Parejas, on which he began to work in the year 2000.

All these works highlight Nixon’s essential interest in human relations. Many of them are still open and in constant evolution, such as The Brown Sisters series.

The portrait of the Brown sisters: In 1974, on the occasion of a family reunion, Nixon took a group portrait of his wife Beberly Brown and his three sisters-in-law. Bebe was then twenty-five years old and her sisters, Heather, Laurie and Mimi, twenty-three, twenty-one and fifteen respectively. The shot did not meet his expectations, so the following year he tried again and got better results, becoming the first photograph of one of the best known series in the field of this discipline. Every year since then, Nixon repeats the experience. He states: “The photographs of the Brown sisters were taken on a whim. We all really liked a photograph and that sparked the idea. The same happens to many parents”.

The series: family photographs are a constant in the artist’s work. In the case of the sisters, there is no getting away from the air of a family album that the series exposes, taking us back to moments and feelings of the past. Its strength lies in its repetition and in the change of rhythm within that repetition, which we can see year after year since 1975. Each of the images takes on body and meaning in relation to the others.

Occasionally, the photographer himself sneaks into some of his images through a shadow or a finger visible in a corner, reminding us that he is also part of the group. His print thus becomes a kind of self-portrait with which he subtly conveys his feelings.

Stopping time: Nicholas Nixon’s work as a whole shows a deep respect and empathy for those who pose in front of his camera, without falling into sensationalism or the dramatic or sentimental. Most of his projects are developed over the years and his models include AIDS patients, elderly people in nursing homes and hospitals, children and, of course, his wife and three sisters-in-law.

Stopping time has been one of photography’s ambitions since its beginnings. However, the passing of time is inexorably inevitable. It modifies faces, bodies and hair color, as well as life experiences, as we can see with the The Brown Sisters series. Each year, the camera immortalizes a single instant that remains unchanging in the viewer’s memory. However, when you return to it in the context of the series, that one-off memory is modified. We observe the changes that the passing of time causes in the four protagonists, something that surprises us as much as it moves us, perhaps because, among other things, what we feel is a painful sense of loss. And not only in relation to them, but also because the passing of time has also, and irremediably, taken its toll on us.

If you would like to contact the Communication Department to request the press dossier, high-resolution images or for any other matter, please complete the form below, giving the name of the medium/media for which you require this information.
See all the Exhibitions of 2021
You may also like