The French Taste and its Presence in Spain: 17th – 19th Centuries 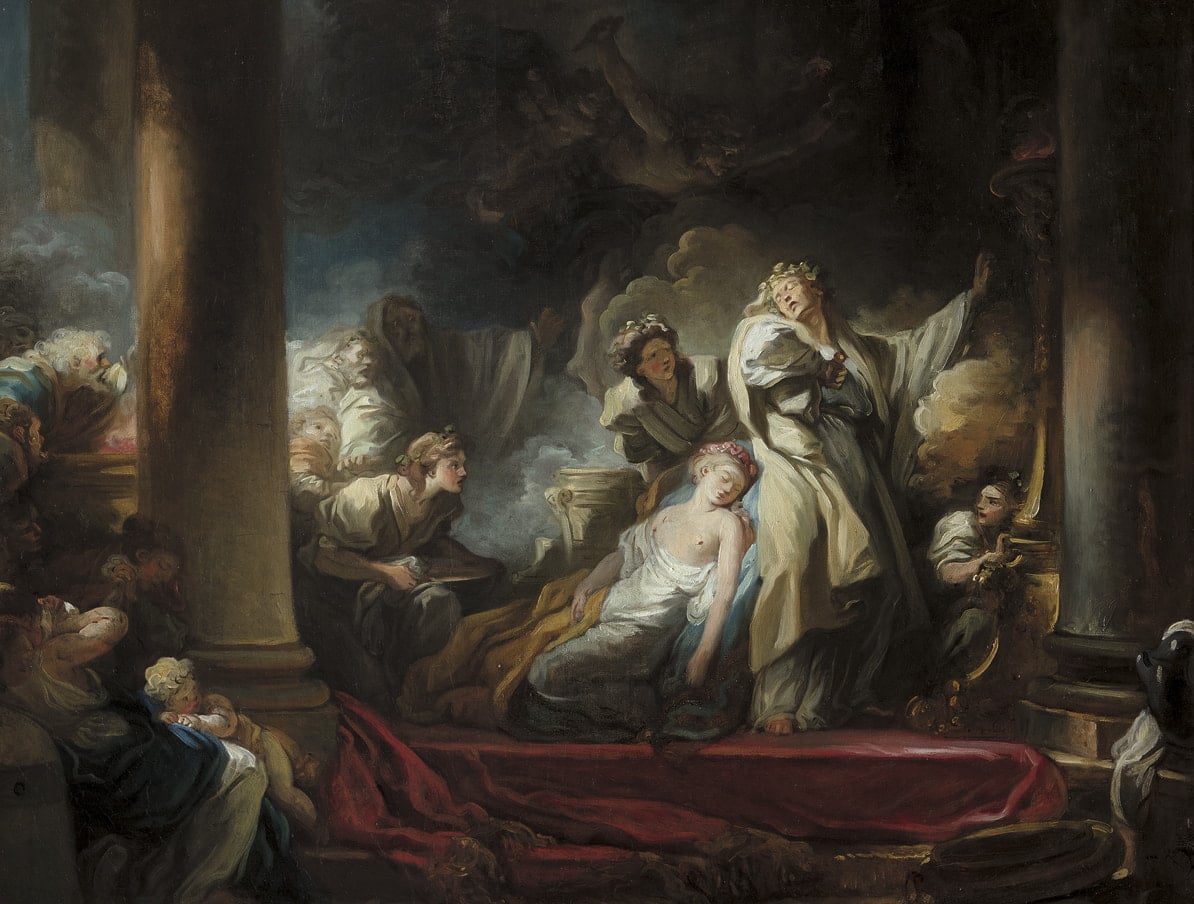 A cross-disciplinary project such as “El gusto francés”, which covers such an extensive historical period, cannot be understood without its historical context. In this sense, the exhibition also addresses aspects that shed light on this evolution, such as diplomatic relations, the history of collecting and the construction of national identities.

Through numerous paintings (45), drawings (16), sculptures (8), pieces of sumptuary and decorative arts (31) and everyday objects, the exhibition aims to explore the evolution of French taste in our country, which up to now has only been studied sporadically.

This project is the result of in-depth research, which has brought to light works that until now had been considered missing, allowed new attributions to be made and restored a good number of the pieces presented. The exhibition is supported by important Spanish institutions such as the Biblioteca Nacional de España, the Museo de Bellas Artes de Bilbao, the Museo Nacional del Prado, the Museo Nacional Thyssen Bornemisza, the Museo del Romanticismo, the Museo de Artes Decorativas o Patrimonio Nacional, as well as outstanding private collections, whose works are being exhibited for the first time.

“El gusto francés” (French Taste) is a project that, far from being structured as a closed discourse, aims to establish new avenues of knowledge concerning the presence of French art in Spain during the 17th, 18th and 19th centuries, a period in which the two cultures intermingled and remained intimately related. The nearly one hundred and ten works on display all come from public and private collections on the Peninsula, and are therefore works of Spanish heritage.

The exhibition is organized so that it runs from the moment when pieces of French art began to arrive in Spain, when France was emerging as a model of European taste, and concludes at the stage when the opposite phenomenon occurred, when Spain became the focus of attraction for French culture, due to the interest it aroused in the Romantic imagination throughout the 19th century.

The dynastic houses of Spain and France, 17th to 19th centuries (67 KB)

El gusto francés: French taste is a cross-border phenomenon that blended Gallic and Spanish culture and aesthetics. It began in the 17th century, when the France of Louis XIV replaced Spain’s position as a political and economic power. It was then that the absolutist policy of the monarch flooded the artistic scene, propagating the magnificence of his image and his power, and imposing a markedly classicist style through the foundation of the Royal Academy of Painting and Sculpture (1648) in Paris and the royal workshops, which controlled artistic production in accordance with the established style. French taste developed and became official during the 18th century, when the Bourbon dynasty ascended to the Spanish throne, continuing throughout the 19th century and extending into the early 20th century. The French became synonymous with refinement, the choice of noble materials and impeccably executed pieces. In Spain, works were acquired from Gallic artists who either resided in France or came to the Peninsula to work at the court.

Collections: The French taste monopoly had enormous impact on Spain for three centuries. There were numerous collectors, including royalty, nobles and aristocrats who, in their desire to emulate the art of the court, treasured various pieces of Gallic origin: paintings, sculptures, sumptuary arts, everyday objects, textiles and fashion.

Portraiture: After the heyday of mythological portraiture during the seventeenth and eighteenth centuries, this genre –considered until then by the Academy, along with landscape, as minor, but which from the late eighteenth century began to be seen as the modern par excellence–, surpassed the traditional modes of representation and adapted its forms to the growing public and private demand. As a result, portraits began to look more and more like their models, and tended to represent sentiment through the interplay of hands and glances; women’s faces were softened and, in general, the effigy was rendered in a more natural way. In almost all cases, these paintings also served as a way of consolidating the political, social or intellectual position of the models.

The view towards Spain. The 19th century: In the mid-17th century, France began to impose its primacy over European taste, to the detriment of Italy. This monopoly, which lasted almost three centuries, changed hands in the mid-19th century. It was at that time that Spain began to attract a large number of intellectuals and artists, both from France and the rest of Europe. The Peninsula and its peculiarities became an exotic element in narratives and paintings. One of the first to turn in this direction was Victor Hugo, who set his dramatic piece Hernani on Spanish shores. This romantic vision, which looked to the Golden Age and moved away from the established canon of taste, spread further with painters such as Édouard Manet, the epitome of the modern artist, who represented contemporary life in the tradition of past masters, primarily Spanish.

If you would like to enjoy the exhibition The French Taste, you can now do just that, wherever you are. Whether you choose to visit it on your own or with the help of the exhibition curator Amaya Alzaga, in this virtual visit you will be able to analyse the presence of French art in Spain throughout the 17th, 18th and 19th centuries thanks to a large number of paintings, drawings, sculptures, pieces of sumptuary and decorative arts, and everyday objects.

We put art at your fingertips twenty-four hours a day, seven days a week.

Go to the Virtual Tour