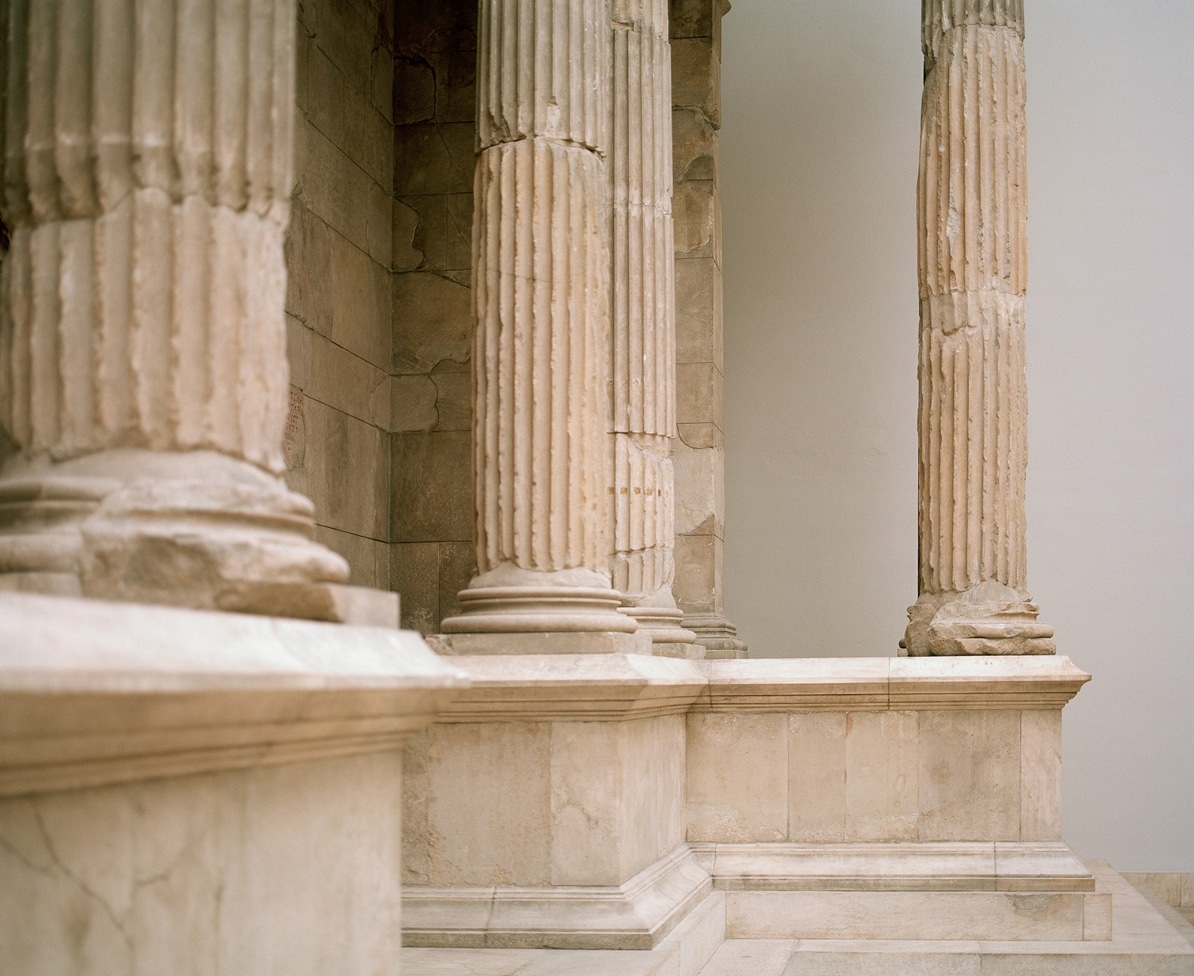 Opening times:
Mondays (except holidays): Closed.
Tuesday to Sundays (and holidays): 11 am – 8 pm

*The evacuation of the hall starts 10 minutes before closing time. Last access (7:30 pm) only allows a 20 minutes tour to the exhibitions.

Some of the axes around which most of our emotions turn – landscape, time and memory – are also those of Bleda y Rosa’s creative output, which can undoubtedly be considered one of the most unique within the context of contemporary Spanish photography.

Over the past three decades María Bleda (born Castellón, 1976) and José María Rosa (born Albacete, 1970) have been jointly exploring the connections between image, place and memory through rigorous and profound visual investigation. Football Pitches, Battlefields, Origen and Compendium and among the most important series (the format that ultimately structures their entire oeuvre) in their career. Through them the artists have formulated a particular language located mid-way between the visual and the textual which allows them to repeatedly return to one of their principal points of interest, namely the representation of the different meanings and evocations which the human gaze summons up in its contemplation of the landscape.

For the first time, this exhibition brings together Bleda y Rosa’s output in its entirety, presented as a video installation with projections that encourage visitors to experience their work through different rhythms of contemplation and to discover new associations between the images that make up each series.

Online tickets sale will be available from May 16th

This exhibition offers a survey of the work of Bleda y Rosa over the course of three decades, bringing together the totality of their work for the first time.

The principal discursive axes of the artists’ work are all present in the exhibition, notably the dialectic between landscape and territory, history and memory, and text and image. Bleda y Rosa have focused on these concerns in research projects undertaken throughout their career and ultimately structured into creations of a serial nature. From the starting point of a focus that understands the exhibition space as a place of experimentation and reflection, on this occasion their work is presented as a site-specific video installation, in other words as a type of display specifically devised for the space in which it is housed. With this approach the photographic object disappears and the projections encourage visitors to experience the work through different contemplative rhythms and to discover new associations between the images that make up each series. The presentation offered by an installation of this type allows for an appreciation and in-depth focus on the marked visual and discursive significance of Bleda y Rosa’s artistic practice while opening up new options for an analysis of the different themes present in their work.

Landscape: The term “landscape” has always been discussed and analysed from different viewpoints given that as a concept which refers to both a material reality and its representation, there is no one single way of understanding it. The significance of the landscape depends on the person looking at it, on their particular cultural or social construct, which means that the problem of exactly defining its meaning became increasingly evident from the 1970s onwards. It is not the same thing to discuss this term from the standpoint of geography as from art, nor is it from the viewpoint of someone working in the countryside/landscape and a person visiting or passing through it. It is from this perspective – in which the term becomes imbued with meanings from different fields that can no longer be considered in an isolated manner – that Bleda y Rosa have been working from their outset.

Photographic time. Photography has habitually been characterised by its immediacy, by that “decisive moment” which immortalises an instant that will never recur. It has also been referred to in terms of its irrefutable nature, meaning that what happens in the scene has already taken place; it tells us that this is how it is. Bleda y Rosa’s images, however, are characterised by their slowness and their process of prior research which opposes that dynamism due to the requirement to capture an image slowly and deliberately or, in what seems to be the same for this artistic duo, to narrate a past through a series of images that runs the risk of disappearing if we restrict it to a single meaning.

History. Bleda y Rosa’s work is founded on a questioning of the historical account as something indisputable and unambiguous and they create the potential for generating new readings. By doing so they allow for the possibility of reconstructing a past that we frequently accept as true even though in most cases it is an imposition created by different generations over the course of time. Through their photographs the two artists open up gaps into which other ways of seeing can insert themselves; other ways of remembering and conceiving the past aside from established canons and institutions. In this sense their work recalls Walter Benjamin’s figure of “The Angel of History”, which turned its gaze back and saw a future that did not advance towards progress but which was rather completely in ruins and of which only the hope remained that it could be reconstructed with a possibly different outcome.

Photography and text: Bleda y Rosa’s photographs are generally accompanied by texts or phrases, most of them short (although this is not the case with Compendium in which the texts that accompany the images are longer, to cite one example) and inserted into the space of the image. These texts almost always bring about a break with the depicted scene. The intention here is to rethink many aspects of photographic practice which we normally take for granted, such as encouraging viewers to question themselves about acquired mental images, while this is also a way of positioning themselves within the art-historical discourse of the documentary tradition to which the artists belong.