Fazal Sheikh distils all the emotion of a feeling 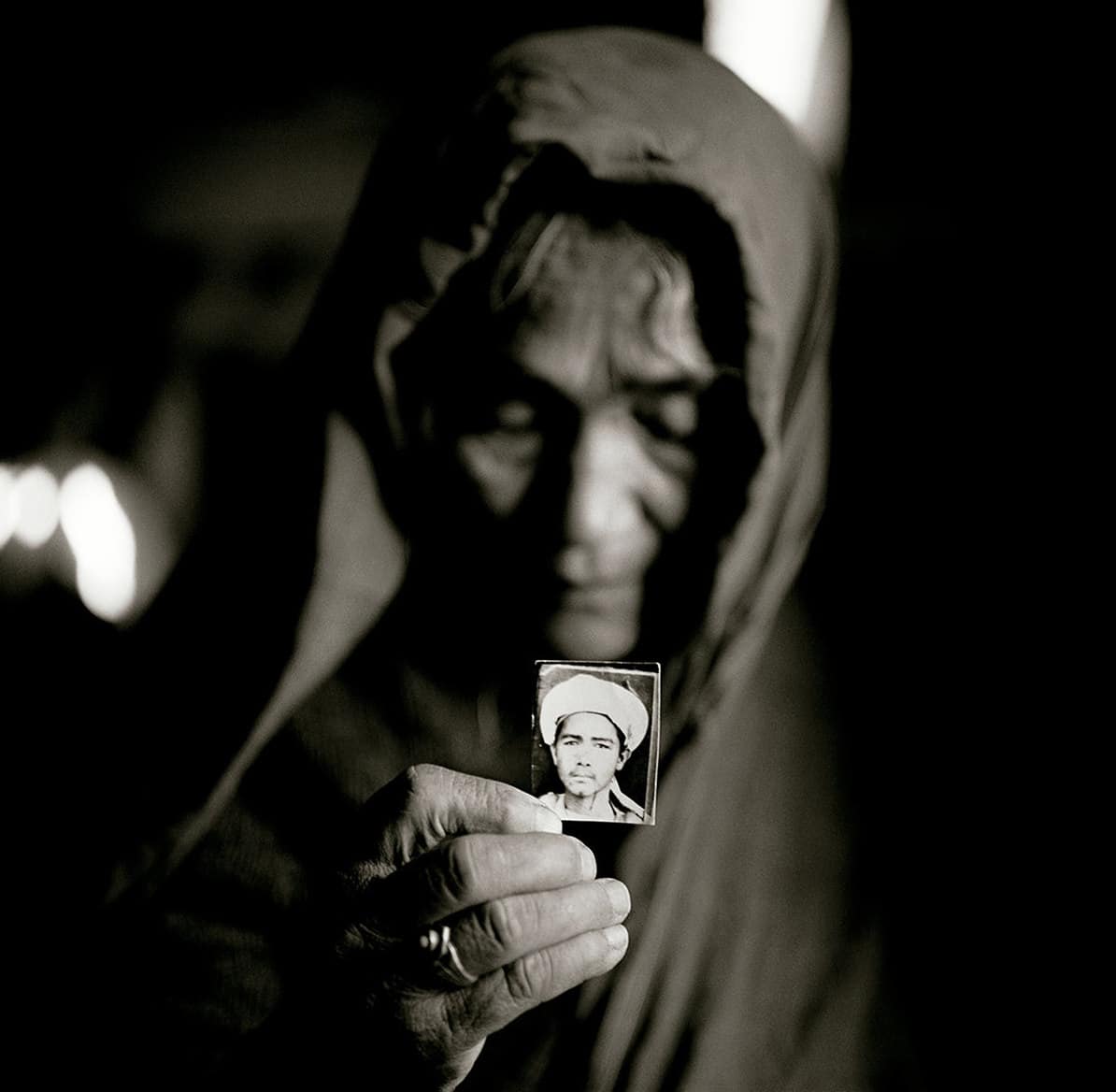 Home > Education and outreach > COVID-19 > The new reality > Now more than ever > Our collections: One day, one work of art > A mother’s pain

The work of Fazal Sheikh was among the first to form part of the Collections; on the occasion of the exhibition we organized in 2009, we acquired a large number of photographs that enabled us to put on a fairly comprehensive retrospective of his most notable projects. From the beginning of his career, this photographer has been committed to reflecting the reality of the most disadvantaged people in different countries of the Third World. Through his portraits, which feature a classic, full-face style in which the protagonist poses trustingly before his lens, Sheikh achieves extremely beautiful results, featuring meticulous compositions with strong tonal contrasts. Within the tradition of socially-driven documentary photography, Sheikh brings a new outlook which underlines his empathy with the protagonists of his work.

The photograph of Qurban Gul is not one of Fazal Sheikh’s typical full-face portraits in which the subjects speak for themselves; it is, however, an extraordinary photograph that condenses and illustrates the intention of his work: personal feelings, social implications, and emotion, which are transformed into art, into formal beauty. The utmost eloquence expressed with the minimal resources, with simplicity and power. The photograph is part of a series he took in Afghanistan in which people hold up photos of their murdered sons or brothers.

Afghanistan is a remote country about which I have only ever heard news stories of destruction and death. This nation, so poor yet in such a strategic position, has been the scenario over the last few decades of ferocious wars for control of its territory. The Soviet invasion in 1979 was followed by years of resistance fighting supported by the United States who, when the Soviets finally abandoned the country, left it in the hands of the Taliban, who they had helped to take control. Caught in the middle was a massacred populace; two million dead and almost half the population displaced. This is what Sheikh found and documented when, in the summer of 1997, he visited the Afghan refugee camps in north-western Pakistan.

The news that reaches us through the media about Afghanistan in recent years is unable to penetrate our consciousness in the same way as a photograph by Fazal Sheikh: it is the personification of suffering that has the biggest impact on us, and leads us to identify with it, to focus on it. Hence the importance of his work, which portrays little-known human dramas and marginalized societies. According to Shoshana Felman, these are “the expressionless”; those who, “on the one hand have been historically reduced to silence, while on the other they have been rendered historically faceless, deprived of their human face, deprived not only of a language and a voice but even of the mute expression always present on the face of a living person”. Sheikh turns his work into a broad-ranging dialogue and gives voice to his protagonists, who express themselves through simple, harsh, intense stories in which the superfluous has been eradicated to reflect the truth, the most intimate and intrinsic element of their lives.

This photograph is the link that connects Qurban Gul with her son, the only link between death and survivors: Sheikh’s image binds us to her in her feeling of emptiness and loneliness and becomes an unhappy story, in no way epic, about uprooting, despair and death.

When everything is over, the photograph remains like a relic, kept with devotion. This image tells us about life and its loss, but also about the ability of photography to keep memory alive, to help save the present from oblivion.