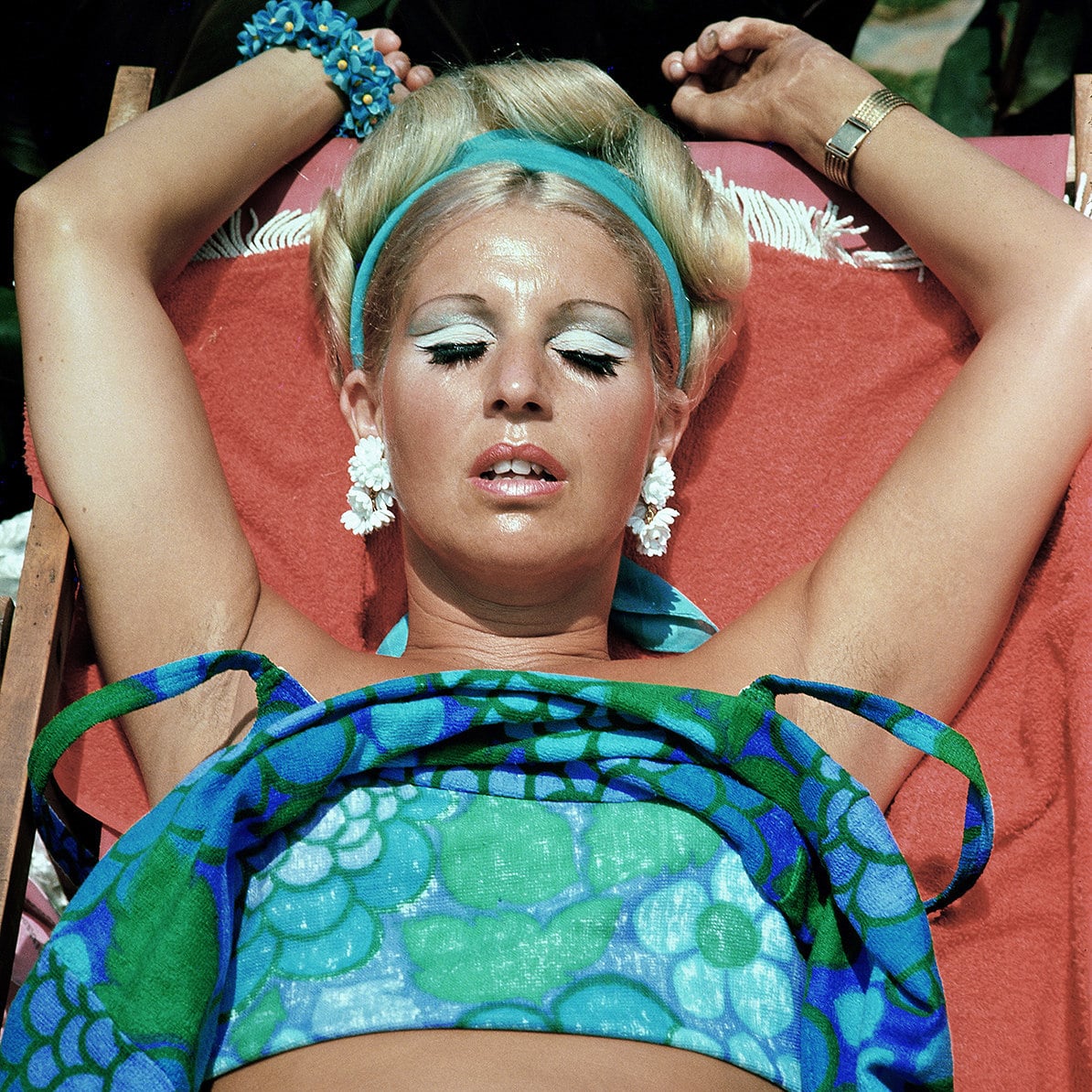 The beach is the ultimate democratizing space. This was something that was appreciated by North American photojournalists from the early twentieth century, evident in many masterworks from the 1940s. All those neighborhood lovers, mothers patching pants, and exuberant fatties from Coney Island, photographed by Lisette Model and Weegee, supplanted the portraits that the middle and working classes had started indulging in without any artistic pretention. The beach photo takes the opposite track to the “natural” one: it is the artist who copies the popular photo, not the people who stiffen up to get a “dignified” self-portrait. The pretense is over; there, in front of the sea, we are equally liberated and vulgarized; erotic excitement combines with apathy; the sun bronzes the flesh but also softens it; the body language of relaxation could very well be that of orgasm, but also of a corpse. Hence that deliberate ugliness does not reach its proper place –and also its peak– until it adopts color as its natural landscape.

Pérez Siquier is, in this sense, a real standard-bearer. Contracted by the Ministry of Information and Tourism, during the Sixties and Seventies he travelled several coasts on the Spanish seaboard to produce the commissioned images so necessary to an expanding industry, but meanwhile, on the side, he took advantage of his position to develop his own project that was entirely consistent with the democratic spirit of Model or Weegee. On the beaches of Spain, Pérez Siquier found an entire nation avid for freedom, recreation and sex. A Spain of excess, whose women would put on a full face of makeup to go to the beach and drop off to sleep in the sun. And he did so by bringing color to beach photography long before those who ended up becoming the masters of the genre, such as Martin Parr. While Los Panchos were singing their syrupy Cuando calienta el sol, Spanish artistic photography was introduced by Perez Siquier to the wonderful world of real-life bodies.

Andrés Barba is a novelist, essayist, translator, scriptwriter and photographer.