Bohemian Lights: Artists, Gypsies and the definition of the modern world 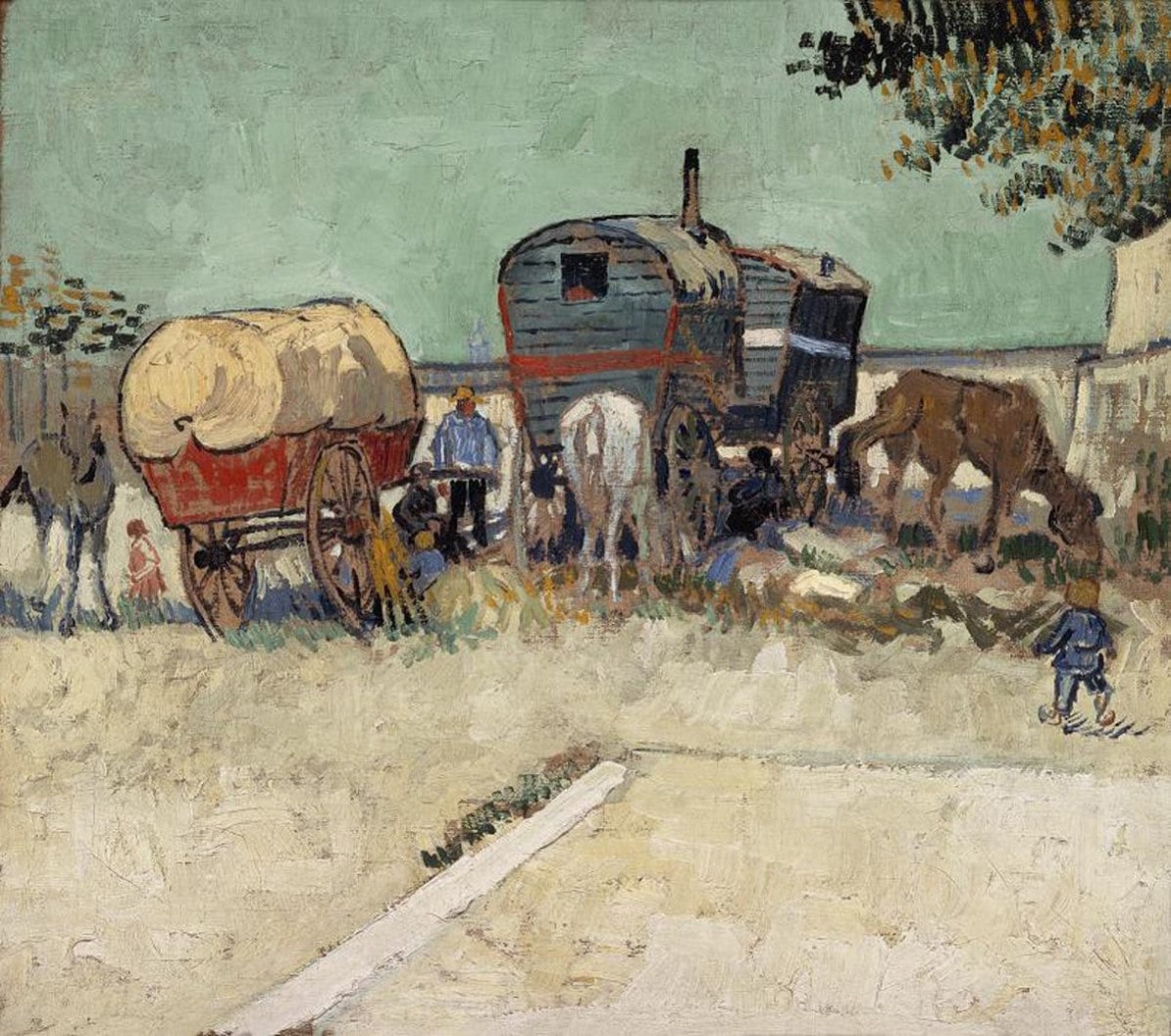 This exhibition explored the origins of artistic bohemia by describing its connection to the representation of Gypsies in art. It included one hundred masterpieces by Goya, Watteau, Gainsborough, Teniers, Corot, Delacroix, Courbet, Manet, Degas, Sorolla, Sargent, Signac, Van Gogh and Picasso, among others.

The notion of an artistic bohemia was forged in the middle of the 19th century, between Romanticism and the realist movement. Artists began to treasure more than anything else their creative freedom, even if this resulted in their being marginalized by society and their public failure.

In the 19th century, Gypsy bohemia and artistic bohemia became the models for artists seeking to represent and represent themselves in this otherness. The exhibition delved deeper into this common history, focusing on the meeting points and disparities between these “bohemias” and the crucial role they played in the birth of modernism.

Painting, literature, the press, song, opera and film have told countless stories of young talents condemned to live their life in misery in defense of their art. These stories fed the collective imagination about Gypsies and vagabonds, giving shape to the need of artists to live more freely and authentically. Bohemian life thus became one of the great myths of modernity.

When in the middle of the 19th century, many young artists rejected the rules and were relegated to the outskirts of academia, they took refuge in the garrets and taverns of Paris. Convinced of their talent and misunderstood by the critics, they shared a marginal status with Gypsies that, little by little, was mythologized as a presupposition of artistic and spiritual freedom.

This myth was inscribed in the rich and complex history of bohemians –wandering Gypsy ethnic groups– whose nomadism art history and literature have epitomized as a symbol of a life without rules and restrictions, free of bourgeois conventions.