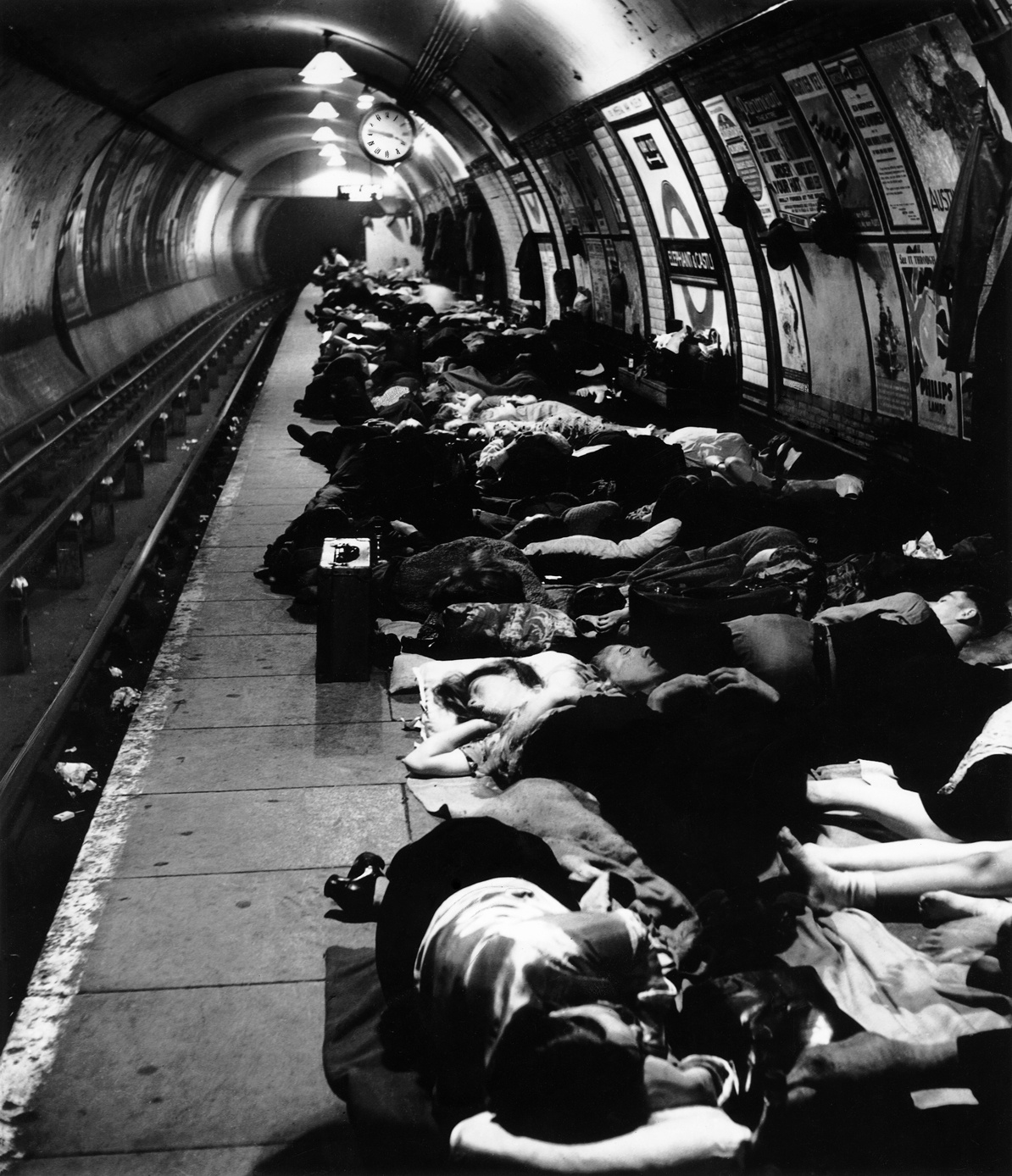 Inside, underneath the earth, they are sleeping. Yes, they can sleep. Deeply. The roar of the world remains above; the flames, the smoke, the crying, the fear, did not get through. Here they are in peace, together. They don’t know each other, but mixed up on the platforms, they take shelter like a large family that has been caught in a storm. A family that was in a field and all of a sudden their sky broke and the landscape has become desolation. The metro is their cave. Their uterus. Here, in the bowels of the city, they are separated from the horror of the present, the dream safeguarded in a merciful capsule: the tunnel where dream worlds can expand their comforting territories. I was told stories like these. As a child, I knew about the bombing. From a destroyed Madrid: the evacuations, the shelters, the losses, the death. How my grandmother and her children went down to the basement when they heard the sirens, how when the attack was over they went upstairs without knowing if the building was still be in one piece… and how their house in Gaztambide Street lost a corner and you could see the rooms on the different floors through the open facade and I imagined little toy houses. I also knew an old lady who recited a string of prayers:: Holy God, strong saint, immortal saint, deliver us Lord from all evil, Sacred heart of Jesus I trust in you, sweet heart of Mary, be thou my salvation… without caring about the militiamen who, as scared as she was, helped her down to the basement. I knew how a girl “from the theater” sang to encourage others. It was a mischievous cuplé and the two novices that my grandmother had hidden in her house, sang it quite cheerfully. They were stories like those in books, but not the way they were told in books. I never got tired from hearing them. It seemed like nothing bad happened in the basement. Nobody had enmity. That´s why I know they are deeply sleeping in the metro. I´m sure. Bill Brandt’s camera watches over their sleep like a caring mother. The vault protects them. It’s a miracle of silence, a consolation, a lap. The dream is a truce. The nightmares stay on the surface.

Ana Rossetti is a writer.